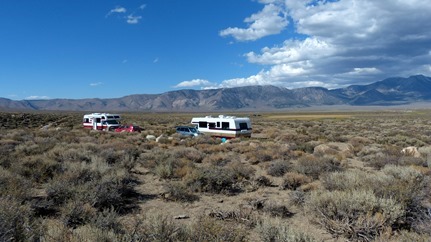 It took us four trips to Mammoth Lakes while we were staying near Mono Lake to find our next boondock site. Well, we had to go the 30 miles to Mammoth for a real grocery store (a very nice Vons), anyway, so we drove around the forest scoping out sites before we went shopping. This area is mostly National Forest and BLM land, and we ended up on BLM land off Hot Creek Hatchery Rd. There are lots of opportunities for dispersed camping in the area, but finding a spot that is level, not in the dense forest, and on a decent enough road to get the rigs down isn’t always that easy. Oh, and we also like to have a nice view if possible, and I think we managed to accomplish that.

Not a bad seat in the house. 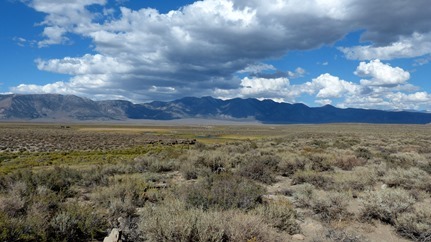 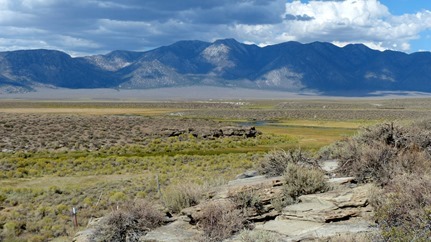 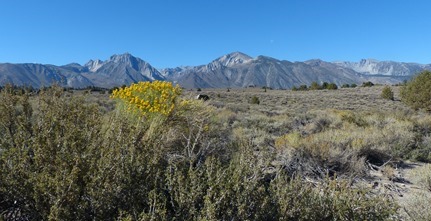 And we’re only 10 miles from Mammoth Lakes and about 7 miles to Convict Creek Campground, where the Forest Service has a free RV dump and water.

I had to go for an early morning walk to check out our new neighborhood. No doubt the creek is warm by the look of the steam coming off it. 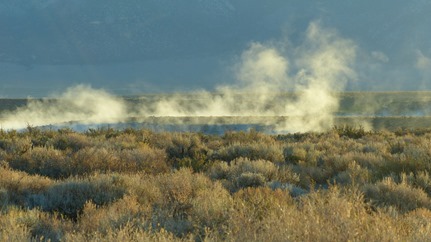 Saw a couple deer enjoying the lush green grass near the water. 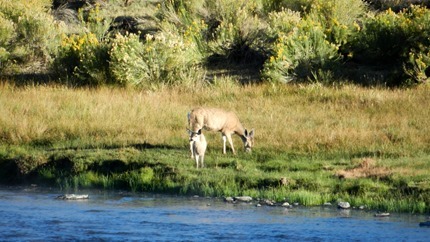 Later we took a hike to the Hot Creek Geologic Site. This is like a mini Yellowstone, with bubbling blue pools and steam vents which can occasionally erupt to form a geyser, although we didn’t see that happen. 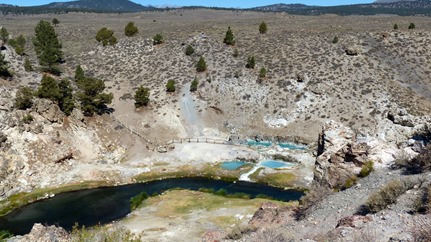 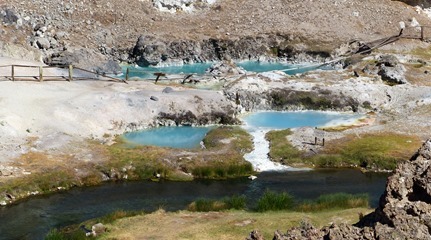 Swimming is no longer allowed. 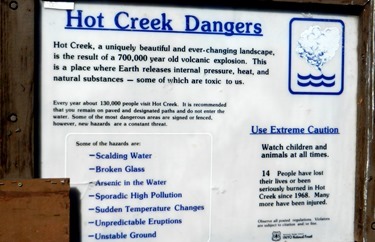 And this explains why: (copied from The American Southwest)

<There is one thermal area on the far side of the creek and another just downstream, though both can only be viewed from a distance, as new access restrictions were introduced in summer 2006 following renewed geological activity. Several new vents appeared, water in some of the existing pools became hotter, arsenic levels grew, and the springs started to erupt unpredictably (though still infrequently), accompanying a general uplift of the center of the Long Valley Caldera, and an increased occurrence of minor earthquakes. The springs are now fenced off, swimming in the pools or creek is no longer allowed, and many notices warn of the danger of leaving the footpath - constraints likely to continue indefinitely.>

it won’t come as a surprise that we saw a family with kids and bathing suits heading down to the water down a closed road with a locked gate.

Fishing for native trout is allowed, though. Catch and release only. 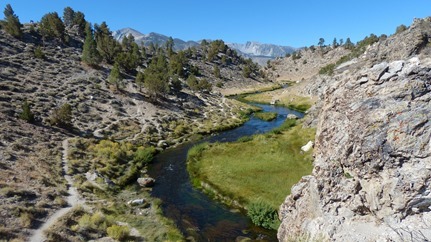 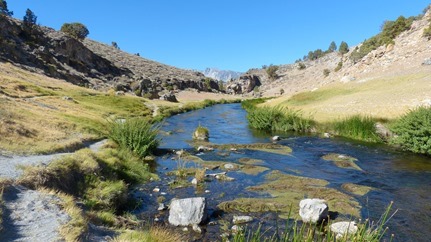 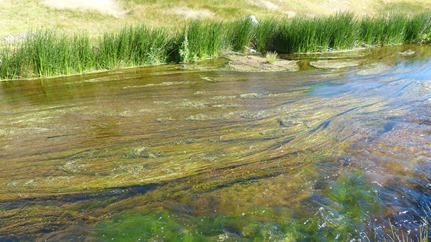 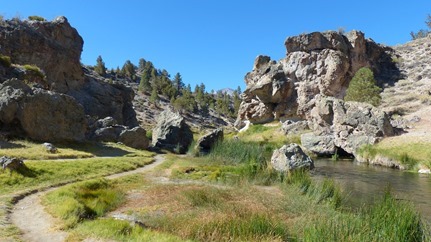 What a beautiful place to take a walk. The eastern Sierra has yet to disappoint us. 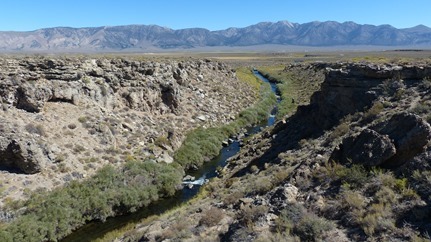 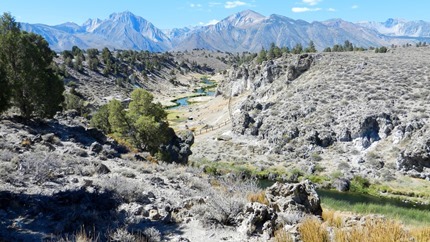