Another Week in Yuma 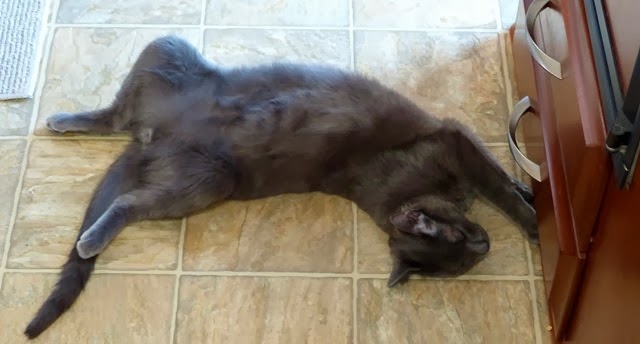 Since nobody seems to care how long we stay, we’re still hanging out at Mittry Lake. Chuck and Carla left a few days ago, but were replaced by Chris and Laurelee, so we’re up to five Lazy Daze again. It’s been a great time, and since we’ve all had things to do in Yuma and Algodones, someone is always around to keep an eye on everyone’s stuff. We like our Lazy Daze community! 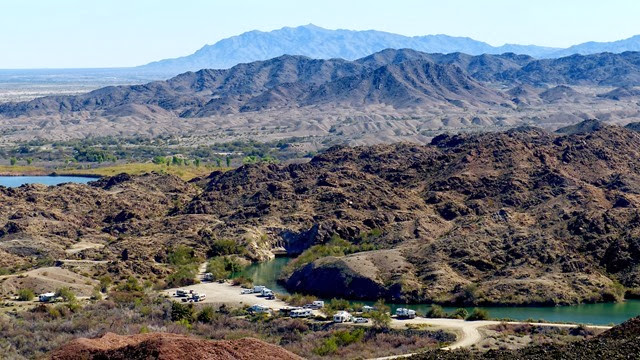 We got our sofa cushions back so our house is put together again. We’re really pleased with the job that Action Awnings and Upholstery Center did, and would recommend them to anyone in Yuma who needs furniture recovered. It looks much better in real life than in these photos. 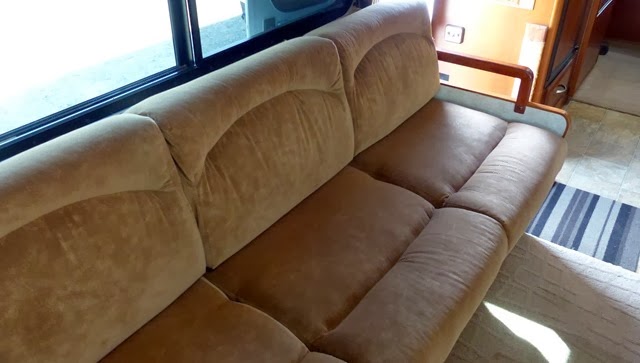 We are keeping the back of the couch covered since the cats like to hang out there watching birds, but the microfiber fabric we selected is pretty impervious to cat claws. We had a similar fabric on our old sofa and love seat in our house and it was never ruined by cats, so we’re keeping our fingers crossed. 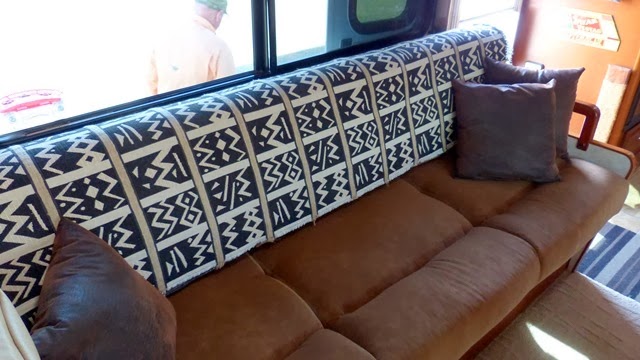 We’ve been staying busy visiting the big flea market, Arizona Marketplace, a couple times, frequenting the local produce stands, checking out Yuma River Daze, and even found a great place for pizza and beer, Da Boyz Italian Cuisine on historic downtown Main St. A couple days ago Jimbo, Debbie and I got brave and all went for haircuts at the Yuma School of Beauty. $7.00 for a wash and cut and they did a great job. Sorry, no before and after photos.

One day Jimbo brought out his inflatable kayak. We were all interested to see how difficult it is to get set up and ready to go, since it would be a nice thing to have when staying near a lake. I think we decided it’s more trouble than it’s worth, but fun nonetheless. 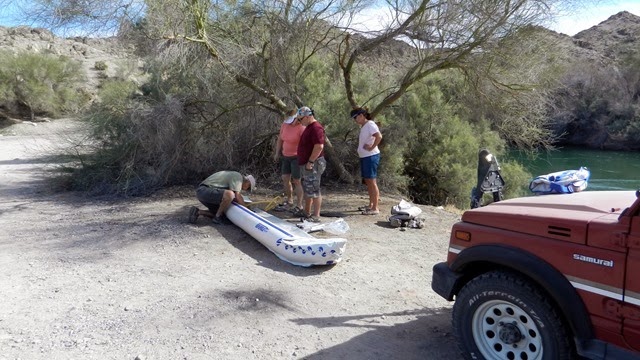 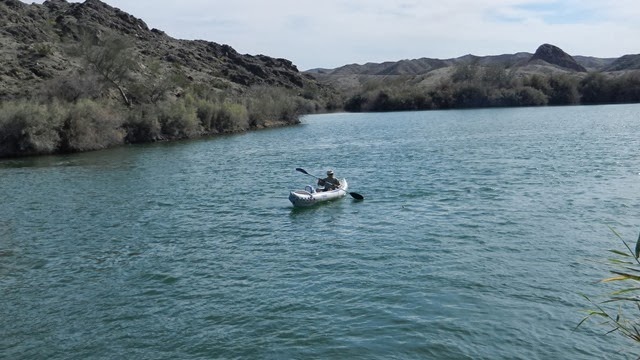 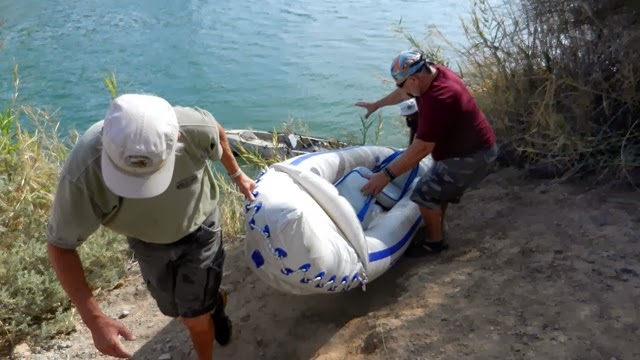 And of course we’ve been hiking and biking as usual. Rode to Laguna and Imperial Dams one day, and explored some Jeep roads along the irrigation canals yesterday. There are supposed to be single track trails in the area but we are having a hard enough time on the roads since they are rough, rocky, and have lots of hills. Still a fun way to get some exercise. 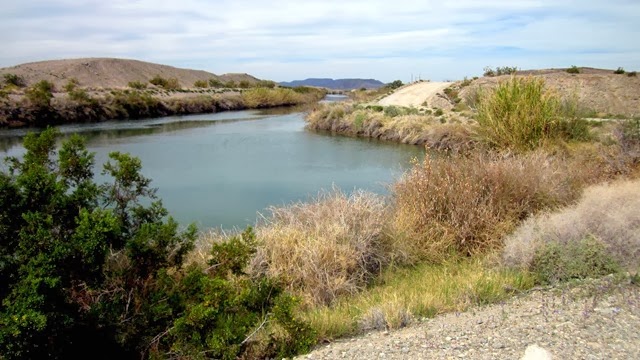 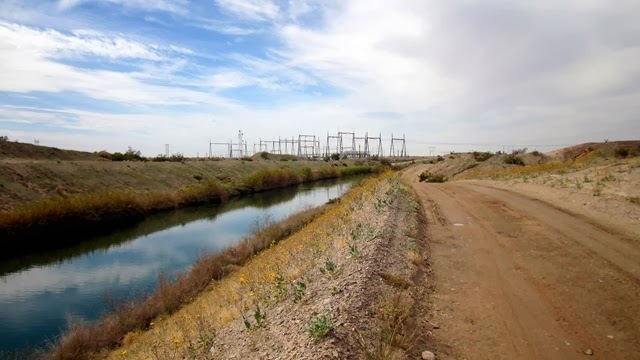 One day we hiked up to this reflector. Not sure what it is for, sonar, radar?? 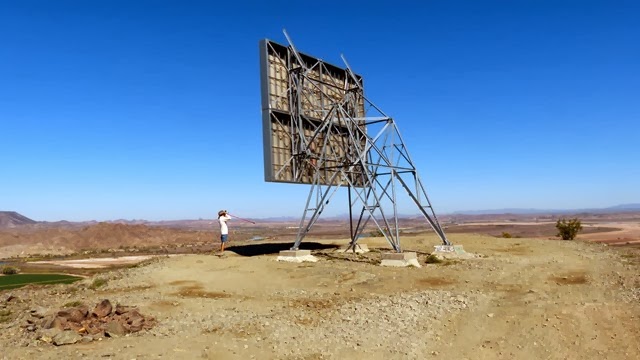 Anyway, it was full of bullet holes and graffiti. We weren’t surprised. 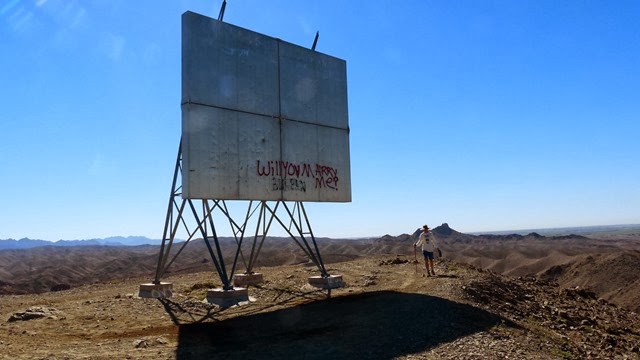 Since it’s at one of the highest points near Mittry Lake, it affords some nice views. 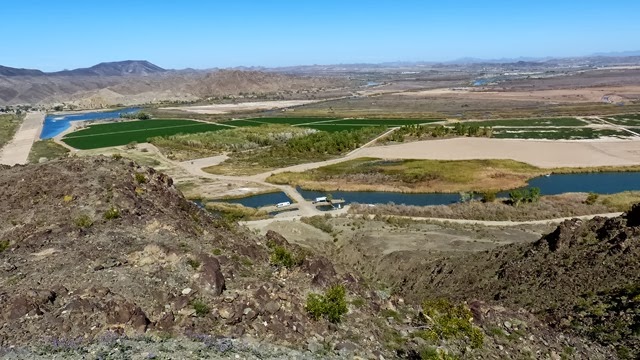 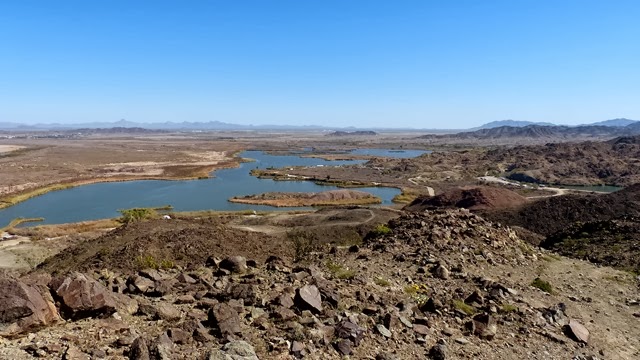 Jim, Chris and I took another hike in the direction of our bungled hike a couple weeks ago. This time we had the sense to turn back when we realized we weren’t sure how to make a loop of it. Besides, it was late afternoon and the last thing we wanted was to be out there with the sun going down. 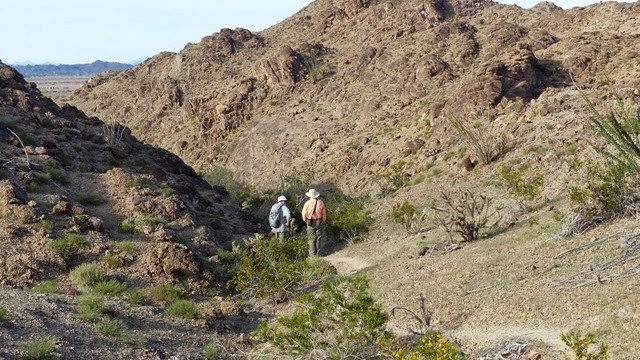 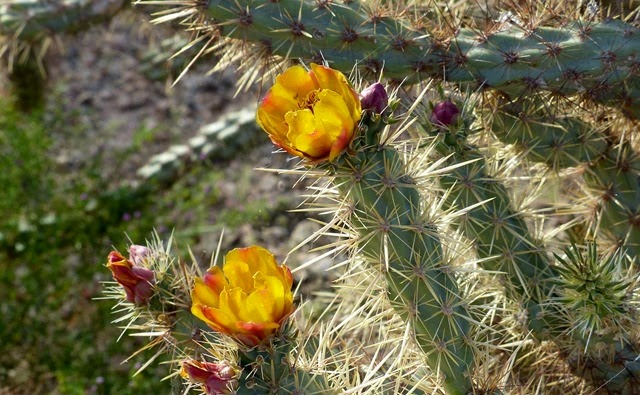 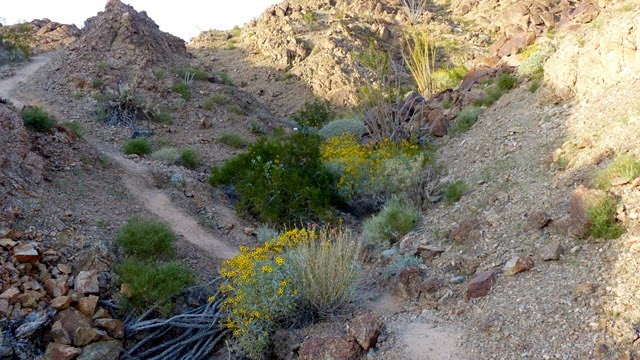 And finally, Sophie, our great escape artist. As if she wasn’t already a big enough pain in the butt! 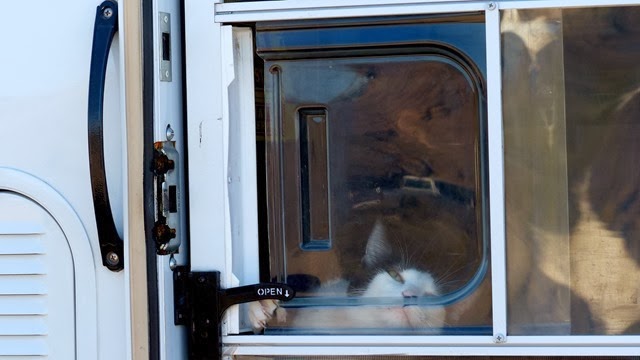 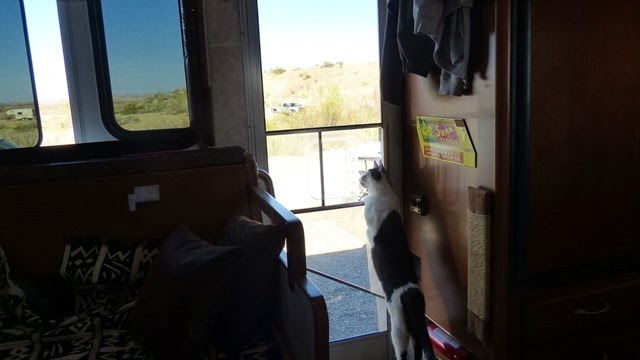 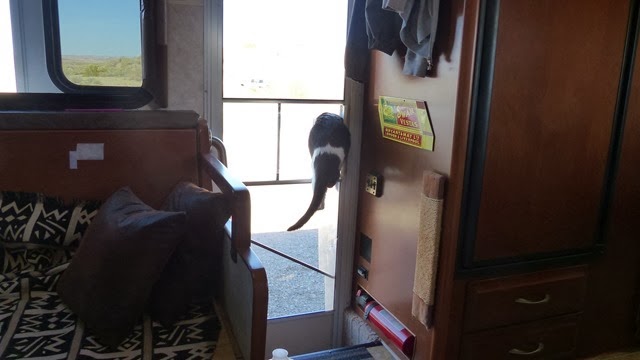 Most of our days here have ended like this, watching the sunset while sitting out with friends. Can’t complain! We’ll definitely return to Yuma. 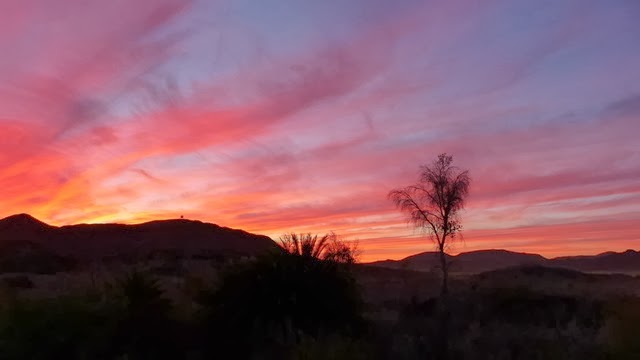 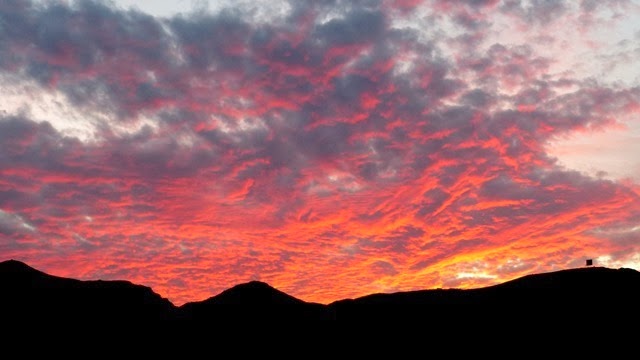