Solar Panels On The Move 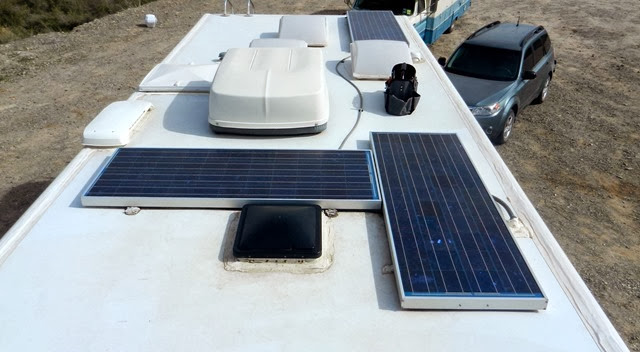 This is a project Jim has been thinking about doing for a long time now, and he finally got inspired by seeing the number of rigs in Quartzsite with tilting solar panels. The two adjacent panels above were installed by the Lazy Daze factory when the original owners ordered it. It’s not really the optimal panel placement, and at certain times of the day if we open the vent cover to use the Fantastic Fan in the living room, it casts a shadow over the nearest panel.

Jim looked for tilt kits in Quartzsite but wasn’t happy with the prices or the way they attached, so he kept looking when we got to Yuma. He finally found some that he liked at Starlight Solar and decided to give it a try. It wouldn’t have been such a difficult project if not for the fact that he also intended to move two of the panels so they are all on the same side, which is probably even more important than having the ability to lift them.

Getting the old panels up took some elbow grease, and it took even more to clean the roof underneath them after all these years. 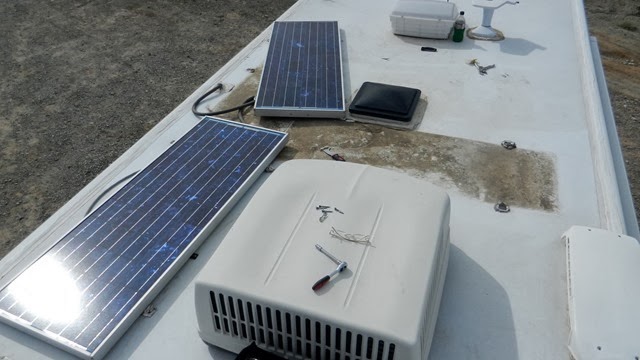 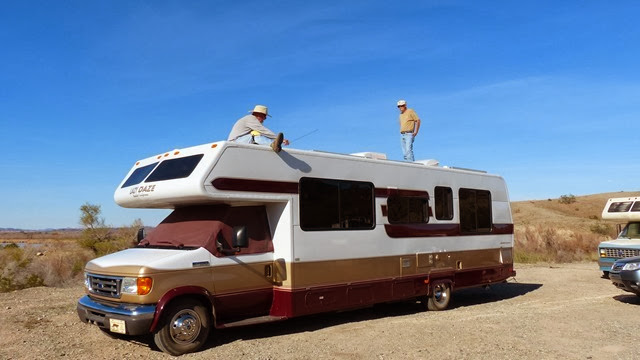 A clean roof with both panels moved and all lined up in a row. He attached them with screws, 3M VHB tape, and Dicor. Not sure if we will tilt them in the way we’re positioned here, but at least we now have that option. 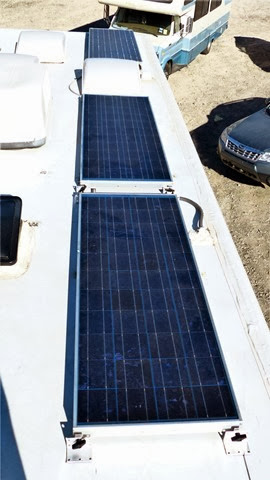 Yesterday David and Nola, another full time Lazy Daze couple, showed up unexpectedly. And we think our Iowa Lazy Daze friends Chuck and Carla will be here later today. It’s a beautiful morning and we have another group hike in store for today. Our time in Yuma has turned out to be busier and more social than we ever planned. 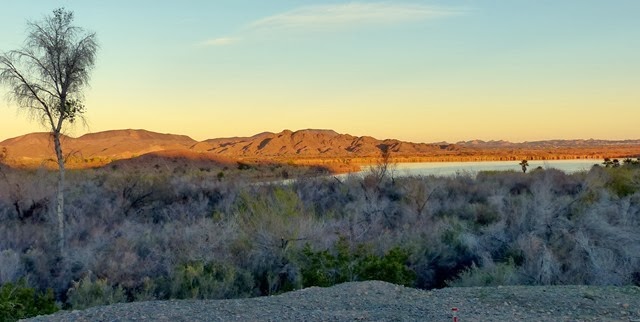