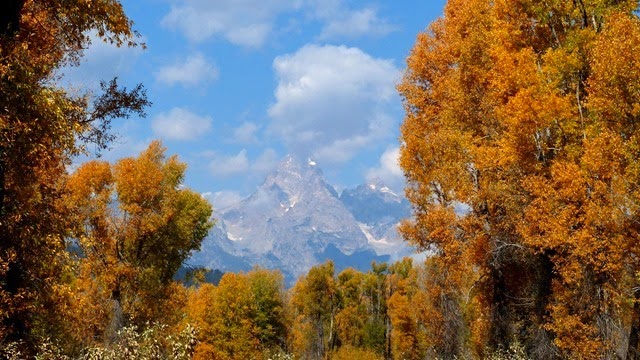 Besides doing some hiking, we’ve also done a little work since we got here a week ago. Our new window track arrived and we spend three frustrating hours installing it. In case anyone is interested, here is the link to what we bought. It wasn’t as easy to put up as we had hoped, but it works well so I’m happy.

For years now the cruise control on our Lazy Daze has only been working intermittently. A friend had the same issue and spent a couple hundred dollars having it diagnosed,  just to have a simple $25 part replaced. After much research, Jim decided to order the part because he thought he could easily replace it himself. The new cruise control cutout switch, which he found on Ebay for $16, arrived in the mail the other day. A simple 5 minute job removing the old one and screwing in the replacement, right? Not for us!  After we both tried for about thirty minutes I finally got lucky and was able to get the threads to catch and screw in. Another frustrating do it yourself project. And since we haven’t driven yet, we don’t know for sure if this was the defective part. We will find that out when we leave, but I have high hopes.

One day we went to visit Brian and Leigh at their great boondock site just outside of the national park. We would definitely stay there another time but just didn’t want to be that far from town. They have such a nice view. 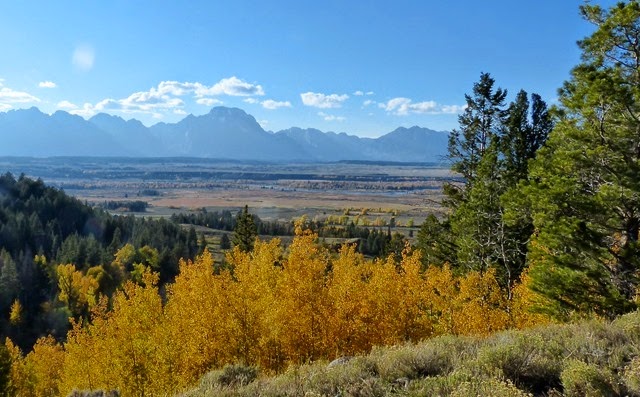 On Saturday morning we went to Jackson and wandered around the town square for the final farmer’s market of the season and checked out some of the shops. Ended up spending quite a bit of time playing with the cats at the Animal Adoption Center, just a couple doors down from the Lotus Café, where we ate an excellent lunch. Everything on their menu can be made vegan. We would highly recommend it and will probably go back before we leave.

We did several short hikes, one in the late afternoon to the Phelps Lake overlook and down the trail to the lake. 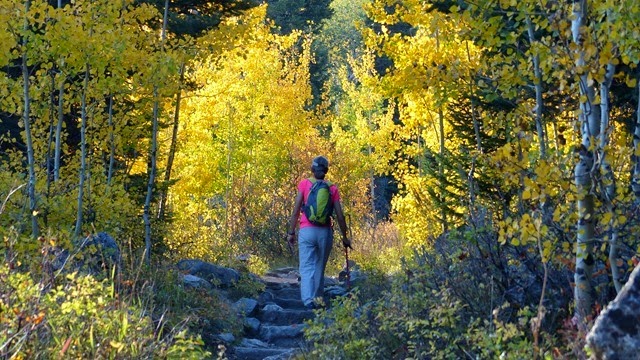 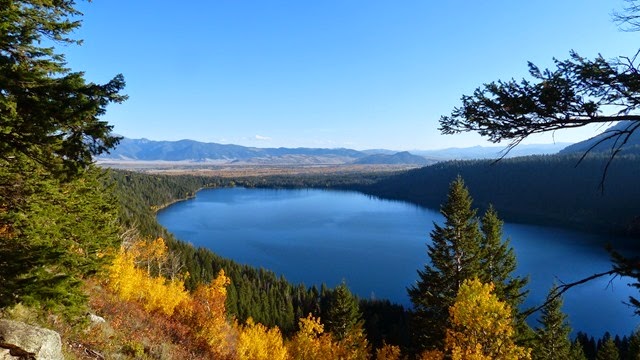 Another from the campground along the Gros Ventre River, which goes a couple miles to the small community of Kelly. 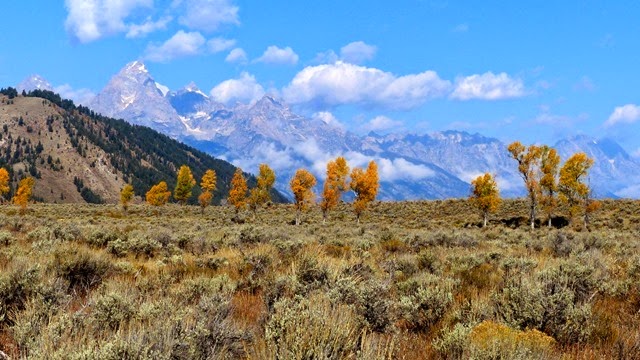 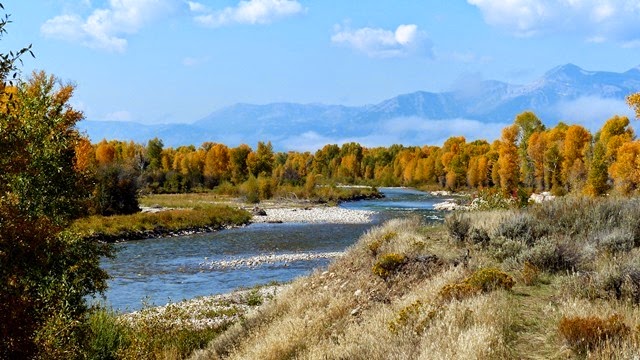 Another about 5 miles up the road to the Gros Ventre Slide. 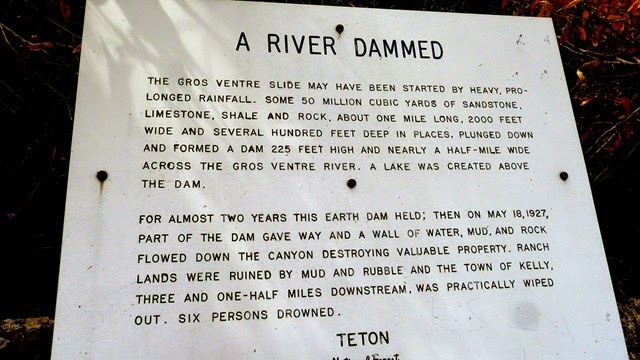 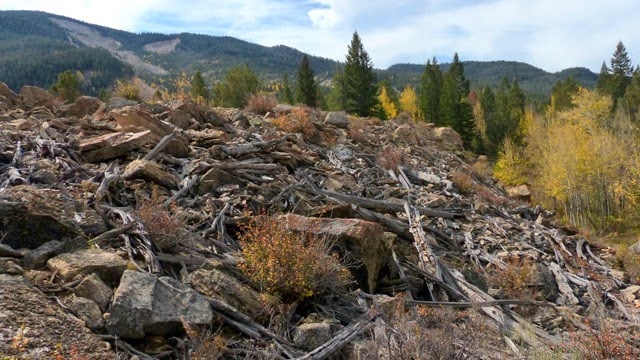 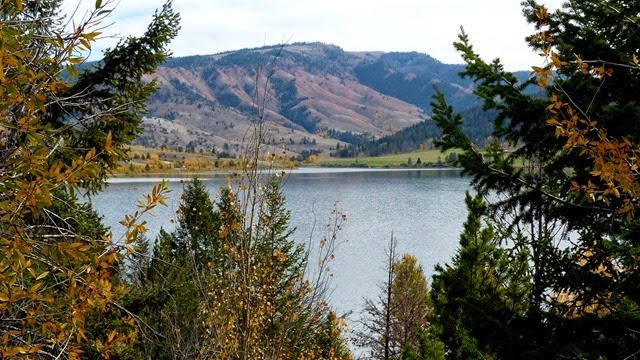 And we hiked up Blacktail Butte, just across the road from the campground. If you want to hike alone in the Tetons, this is the place. 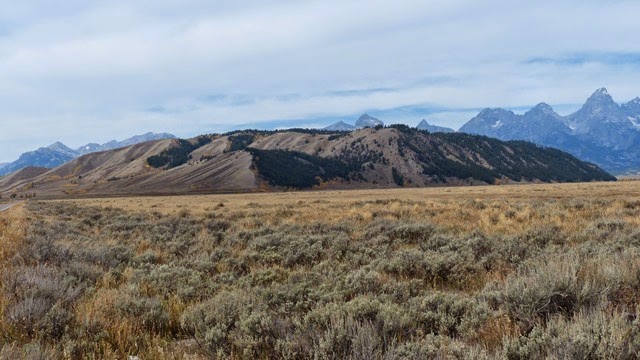 It is an extremely steep climb up, 500’ of climbing in half a mile, but we found a longer and gentler way back down. There are animal trails going every which way. 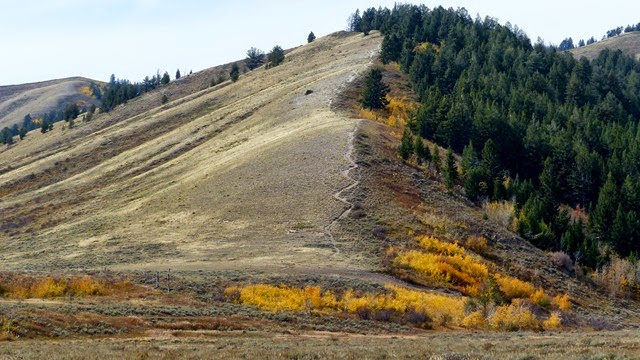 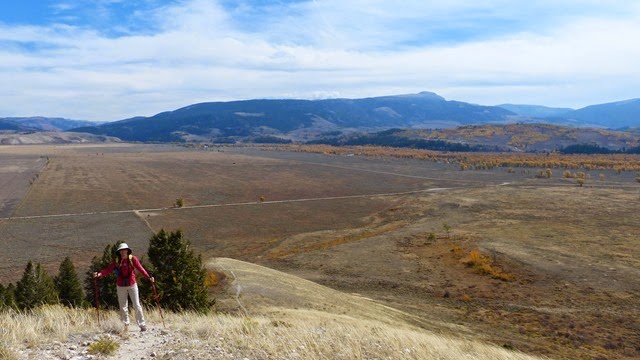 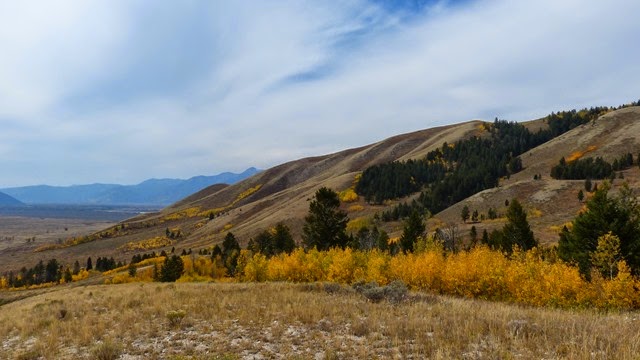 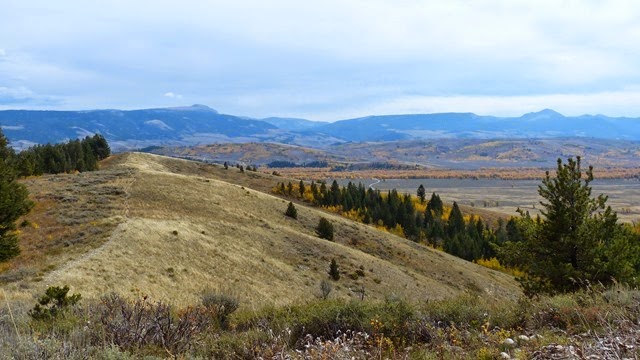 We haven’t seen any wildlife on our hikes except for a few grouse and insects. 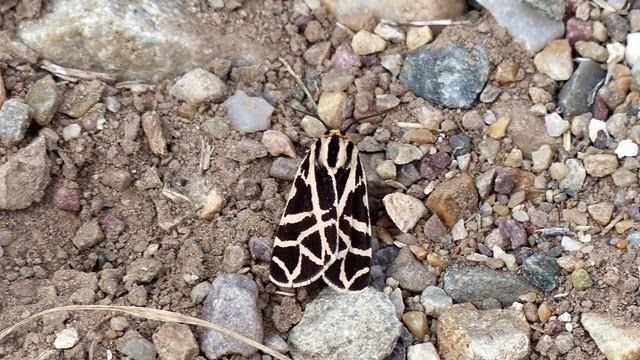 But we’ve seen plenty in and near the campground. In fact every morning the wildlife tour vans drive through our loop.

Pronghorn hang out just across the road. 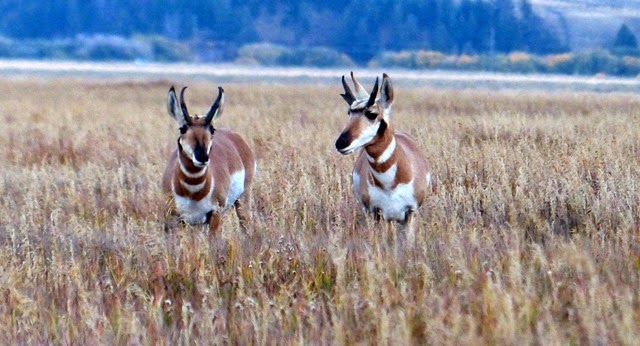 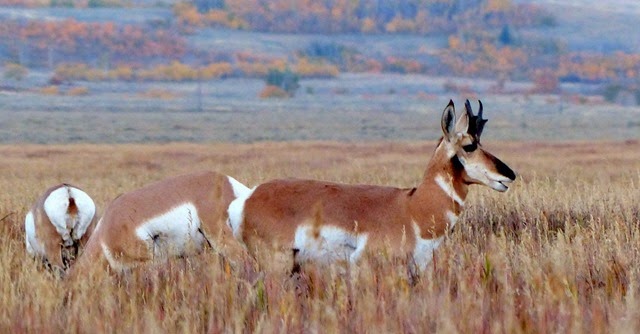 Yesterday between rain showers Debbie and I walked her dogs around the loops and saw two moose. Gros Ventre Campground is so huge we clocked over four miles of walking one day. When we got back Jim was up on our roof with the camera watching as a herd of bison walked right behind our site. 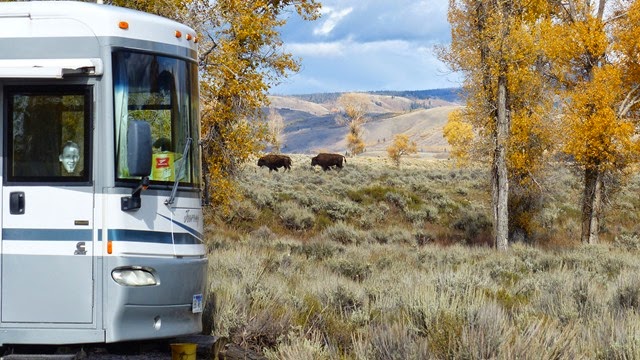 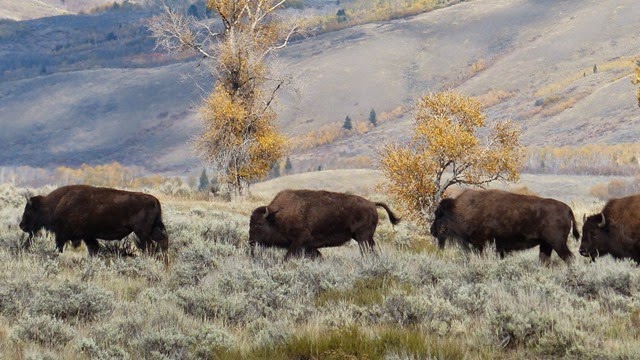 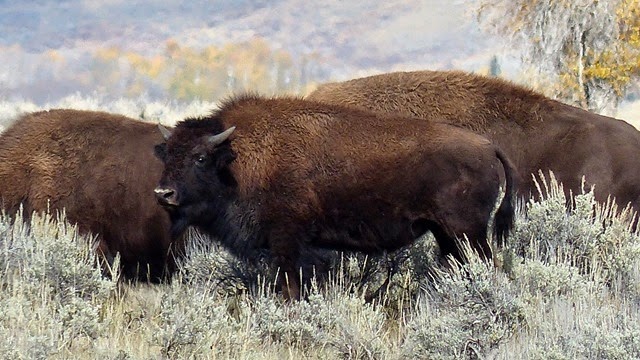 We are so glad we came here.