Another Hike On Grand Mesa 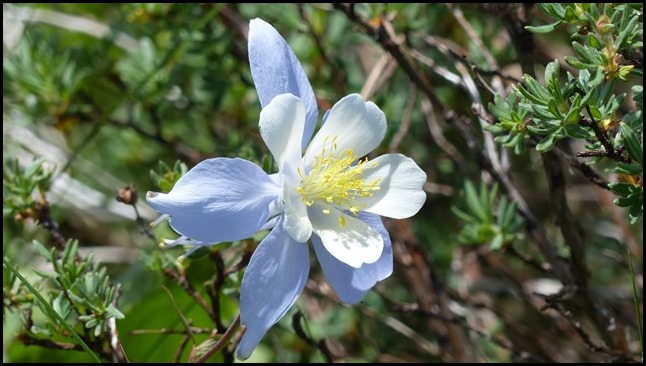 Since we’ve been in Cedaredge, CO we’ve taken one bike ride, a nice loop on rural roads with hardly any traffic but a tough ride for us since it was uphill the entire first five miles. The last seven miles of mostly downhill sure was a lot of fun, though. So we’ve been looking for an easy mountain bike trail and found a link to the Flowing Park Loop off Land’s End Road on top of Grand Mesa. We decided that before we hauled the bikes up there we would hike part of it to see what we thought. It’s been our experience that many trails rated easy to intermediate are way beyond our ability and comfort level, but this one was a pleasant surprise.

It’s many miles down a dusty dirt road to get to the trail head at Flowing Park Reservoir, but what a lovely spot. 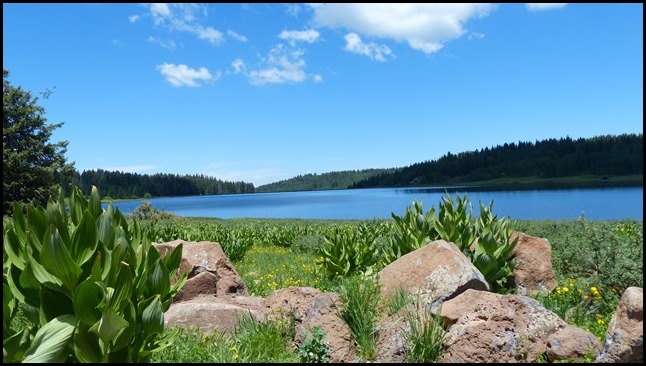 In order to get to the loop trail you must walk or ride your bike about 2.5 miles along a mostly level gravel road which turns into a double track then finally a narrow single track trail. This is the Indian Point Trail. 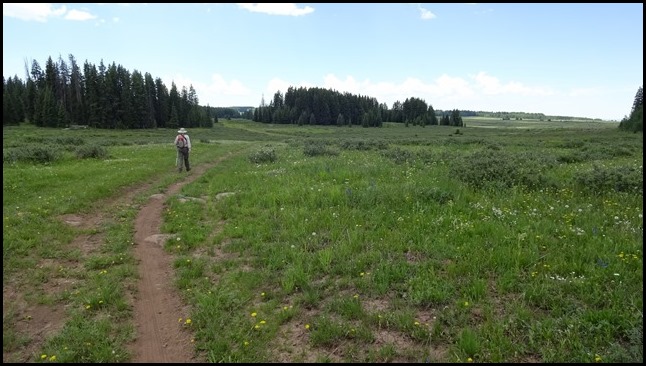 At the the 2.5 mile mark the 12 mile Flowing Park Loop begins. We opted to follow the Indian Point trail to the right that goes by Chambers Reservoir. 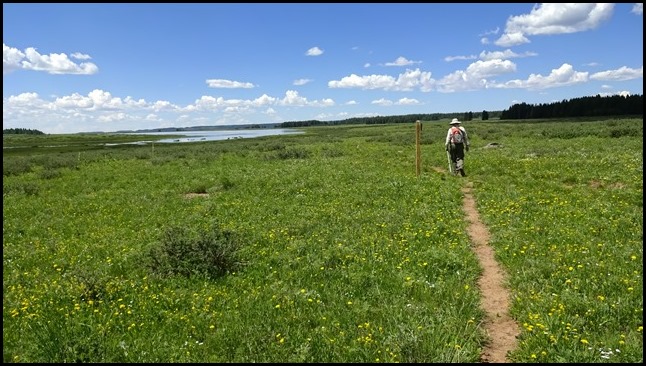 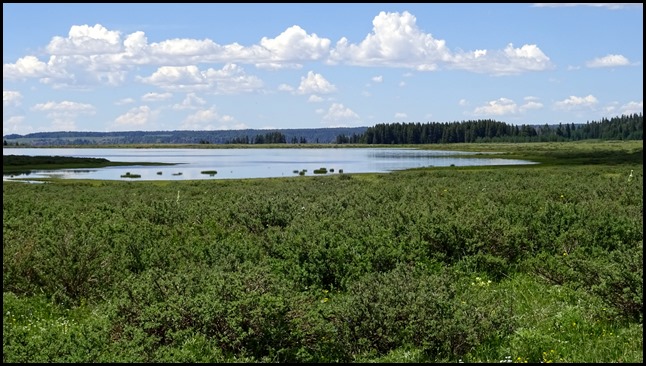 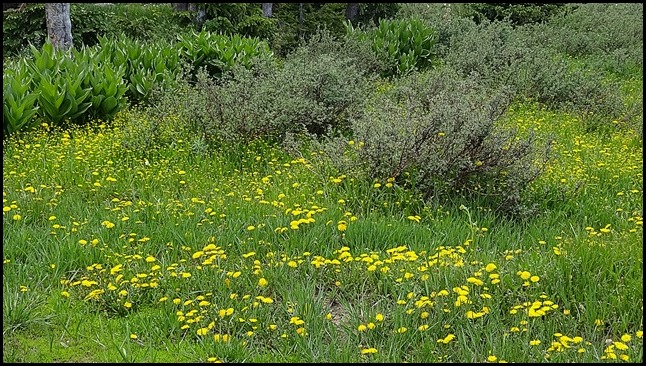 Although mostly open meadow we did go through a dark forested area and a couple small aspen groves. 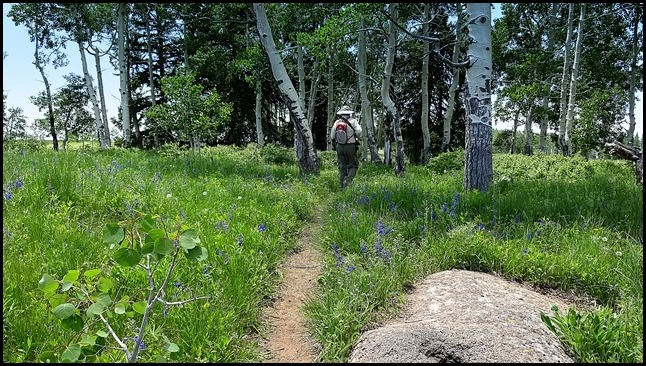 We turned around after coming to an overlook at around 4 miles. Up to this point the trail had little elevation change and just a few rocky areas that we may have to walk our bikes over. In fact we talked with 4 bikers who told us it was similar around the whole loop, although on the other side of the loop the trail skirts the rim of the mesa for some even better views. 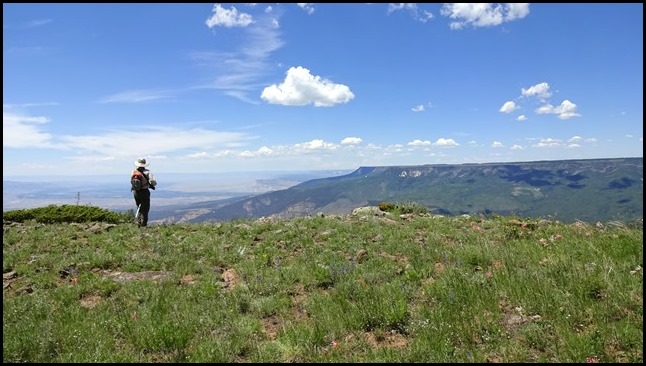 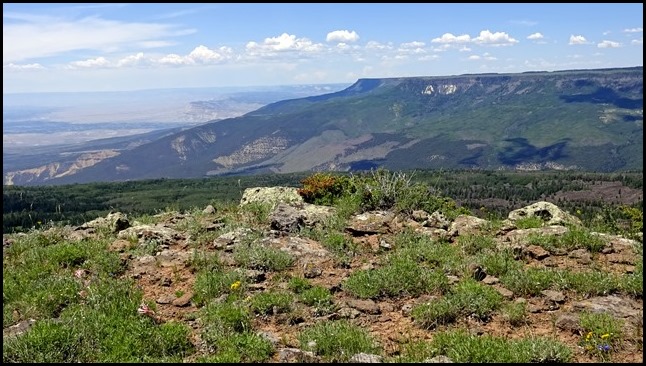 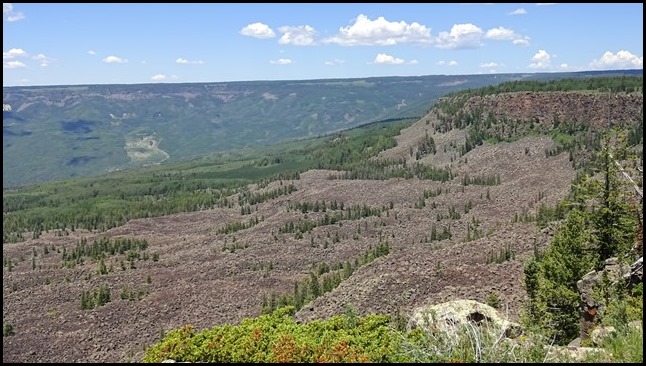 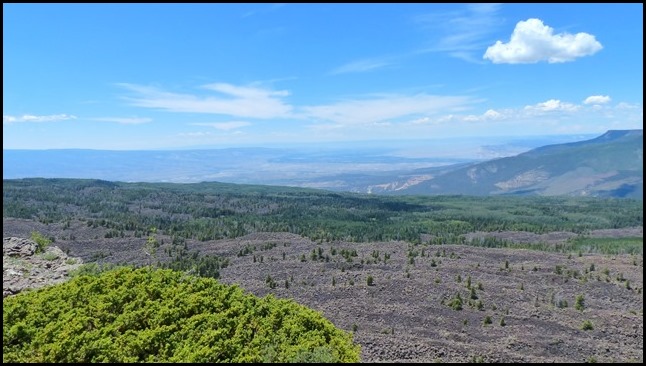 Not sure what mountains we were barely seeing here but they still have a lot of snow on them. We will definitely be back with the bikes. Oh, and Jim likes his new hiking boots. I would have been hesitant to do an 8 mile hike in new shoes but he had Keen’s in the past and knew they were comfortable from the start. 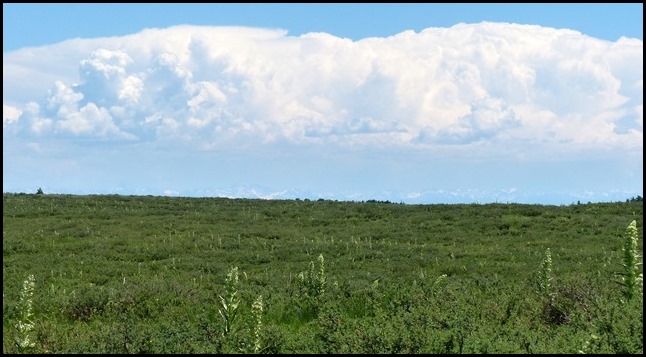 When we got back to Land’s End Road we decided to drive about 10 more miles to the observatory, 6,000’ above the Gunnison River Valley. Maybe we’ll drive the many mile gravel switchback road another time. 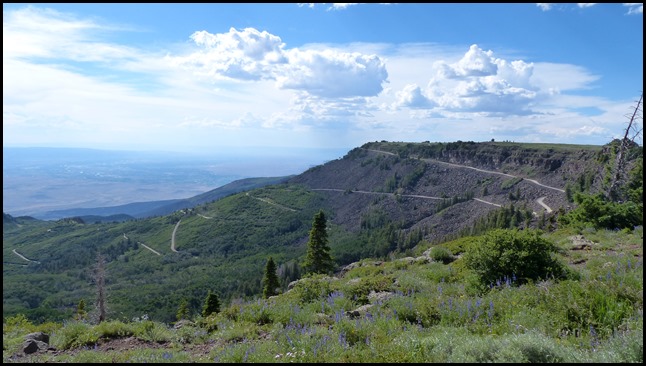 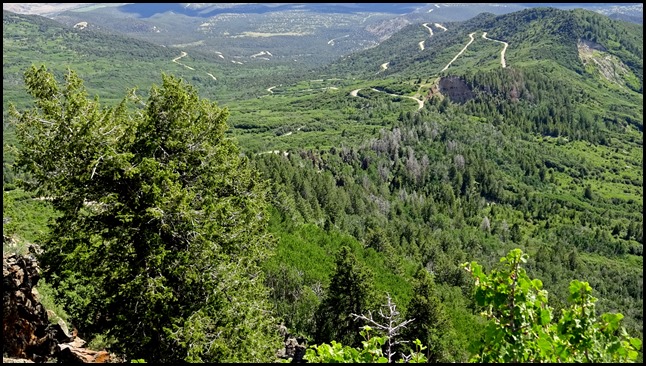 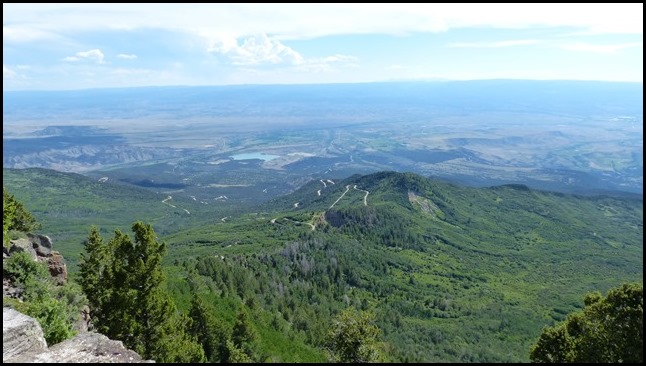 When we walked up to the overlook we were immediately approached by at least a half dozen little ground squirrels, and based on the number of sunflower seed shells scattered over the ground, it must be a well known feeding spot. Looks like they’re getting their fill, yet they still begged us for more. Check out those cheeks! 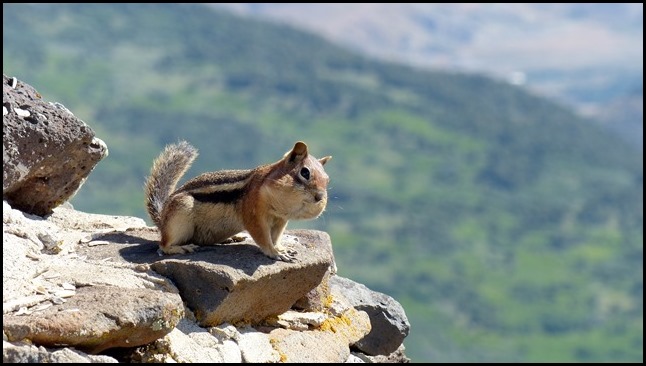 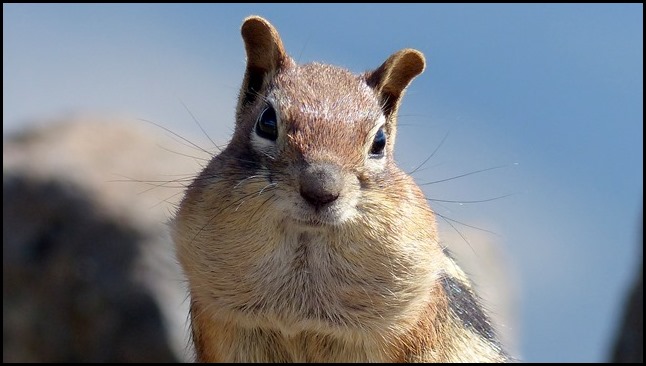 It was another good day on the Mesa, capped off with a pizza and beer at 4B’s Brewery in Cedaredge. They just opened a month ago and are only brewing three of their own beers, all lighter than we like, so we had a couple of the guest beers, Revolution’s IPA and Left Hand Milk Stout Nitro, one of Jim’s favorites.