Moki Dugway/Valley of the Gods, UT

Had another Jeep adventure today. Drove down the Moki Dugway, a 3 mile gravel section of Hwy 261 just south of where we are camped. The road drops 1100 ft in 3 miles, and is a series of steep switchbacks. The scenery was so beautiful, I wasn’t too worried about going off the road, and Don is a great tour guide and driver. 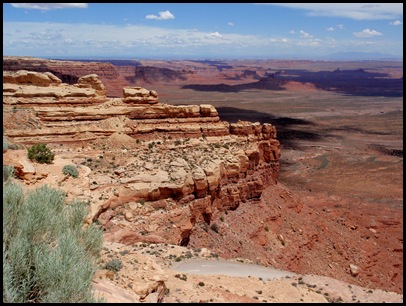 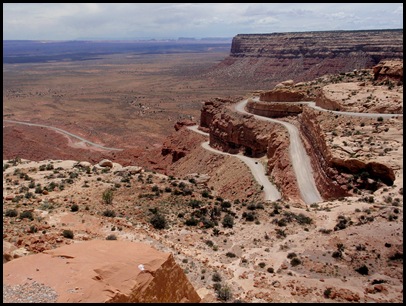 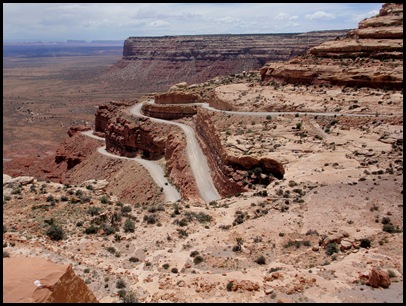 The scariest part was seeing the wreckage of this semi and car that were never cleared away due to the difficulty in getting them out.  Dorothy heard that the drivers survived, but it sure doesn’t look like they would have. 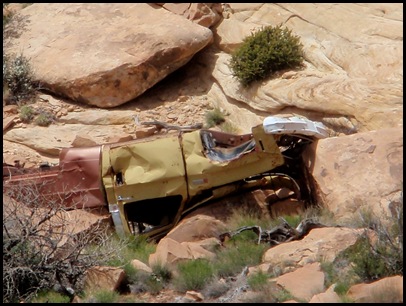 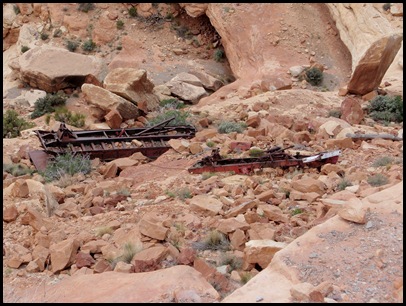 We made it down and continued on to Valley of the Gods, which is sort of  a miniature Monument Valley. There is a 17 mile dirt road running through the park, and very few other people on it. There were lots of interesting rock formations, and Jim took many, many pictures. 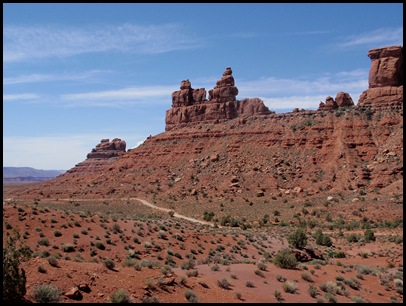 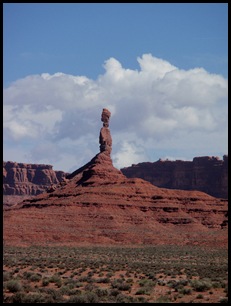 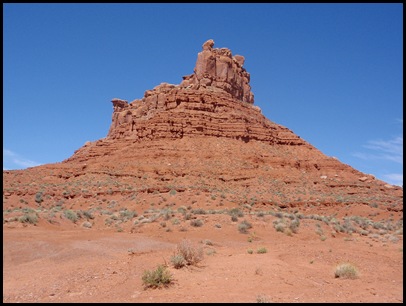 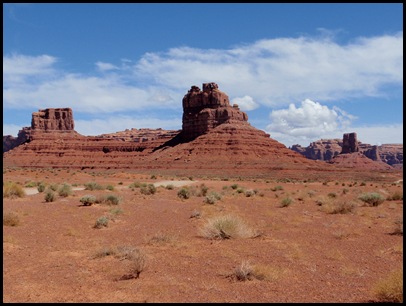 We then went to Mexican Hat, a very small town, for gas, and proceeded to drive along a dirt road below Cedar Mesa, which we can see from Muley Point. These were some colorful mountains we saw from there. 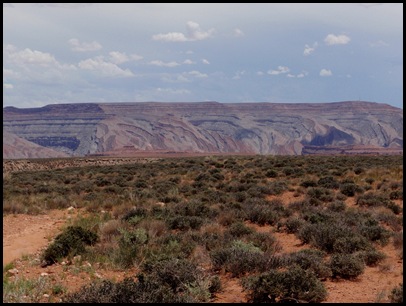 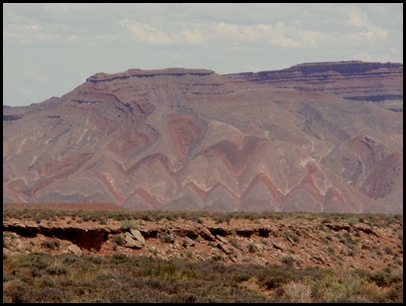 It was another fun day, it’s Sunday, and we don’t have to get up and go to work tomorrow. It doesn’t get much better than that!