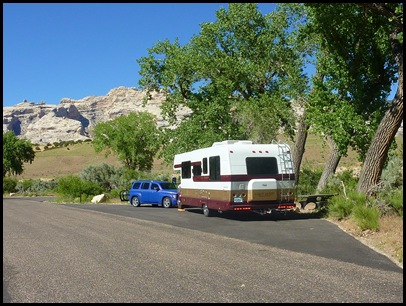 We arrived at the Green River Campground in Dinosaur NM yesterday after a nice climb to over 8200 feet on the way to Rangely, CO. We knew about it from our Mountain Directory West, so we unhooked the car at about 6000 feet and I drove it while Jim pushed the rig over the pass. It was cold and windy when we got to the top and had lunch, but it was pretty in the mountains.

The campground here is very nice, lots of cottonwood trees, and right on the Green River. There is water but no hookups or dump, for $12/night. 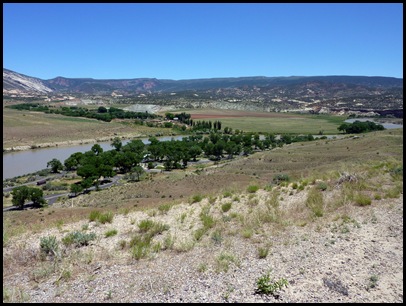 The river from our site. Unfortunately the water means mosquitoes, our first of the summer. 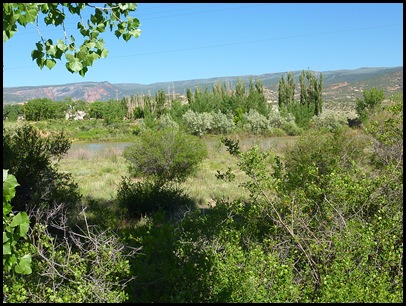 Today we took a hike on the Sounds of Silence trail, a nice 3 mile loop. 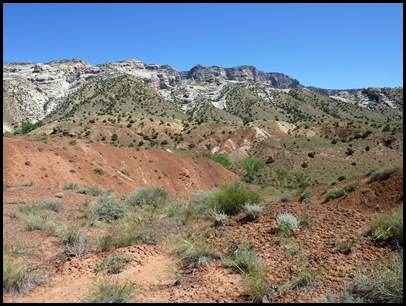 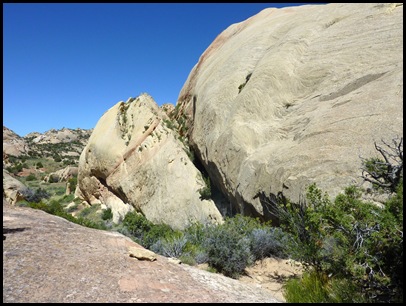 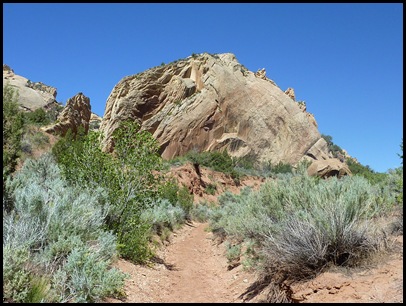 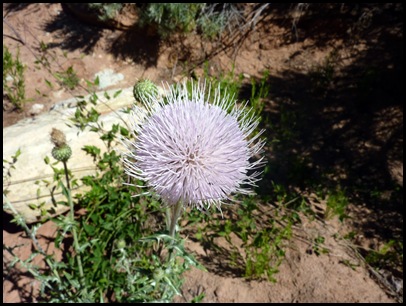 Then we took the shuttle from the temporary visitor center (the original is being rebuilt due to structural damage) to the Fossil Discovery trail, where a ranger was stationed to point out the dinosaur bones and fossils in the rocks. Good thing he was there or we would never have picked them out ourselves. Dinosaur NM is home to one of the largest dinosaur quarries ever discovered. Jim was about as impressed with the fossils as he is with petroglyphs. Or maybe he was just ready for lunch.

Here is a photo of a partial sauropod humerus. It’s in the center. 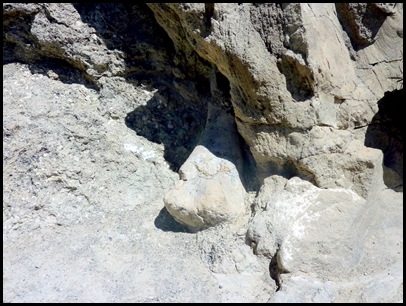 This is part of a femur. The white arrow painted on the rock was a dead giveaway. 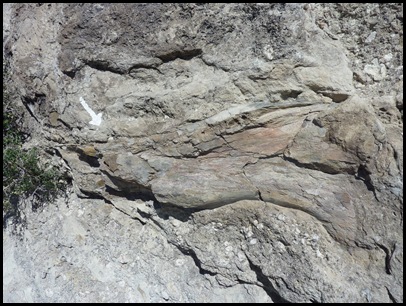 And the easiest to spot, the vertebrae. We enjoyed the interesting colored rock formations along the trail more than the fossils. So far we are impressed with the park. 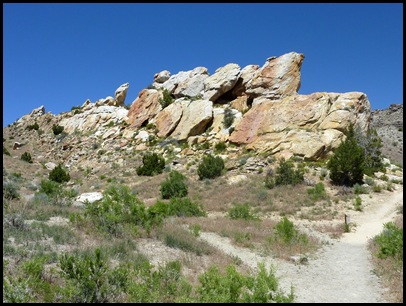 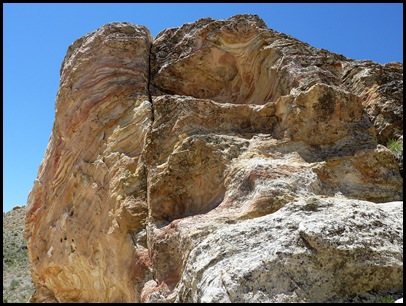 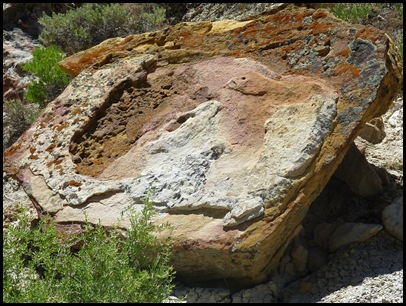