We’ve done some more hiking and biking here and I just wanted to post a few more photos. We hiked the Serpents Trail, a 1.75 mile trail that was actually the original park road, in use from 1921-1950. It was called “the crookedest road in the world” at the time, since it has 50 switchbacks and an average 8% grade. It wasn’t a bad walk, and it looks down over the outskirts of Grand Junction, where there are lots of huge estates. 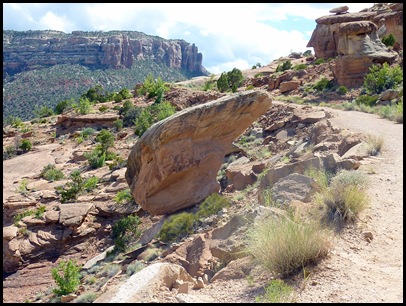 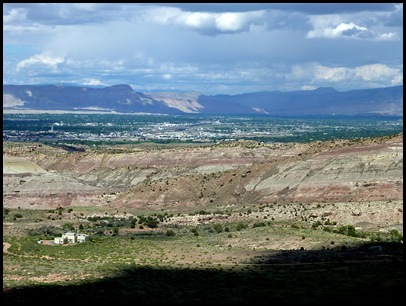 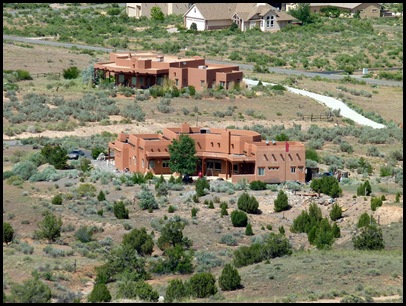 We took another bike ride up the Rim Rock Drive, hoping to make it to the summit this time, but after not quite 8 miles in almost an hour, we got tired of crawling uphill and turned around for a quick ride back to the campground. We did stop a few times going up to take some pictures. 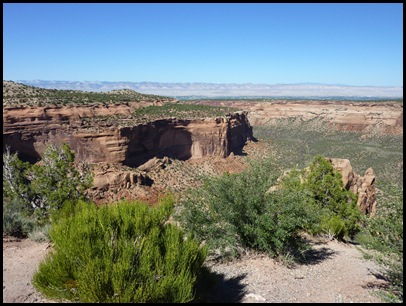 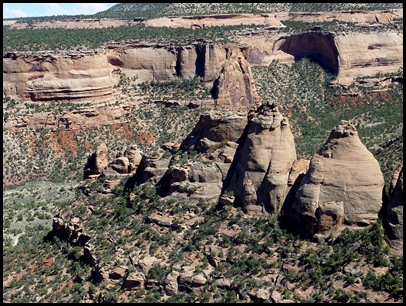 Yesterday we hiked the Upper Monument Canyon trail, which starts along the rim and descends 600 feet into the canyon. It is a 6 mile trail that comes out near the park entrance, but we probably went 2 or 3 miles and turned around. It was getting hot and we knew it was going to be a hard climb back up. You can see part of the trail in these pictures. 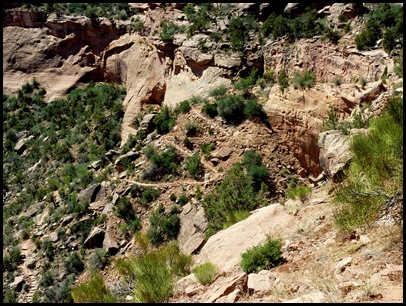 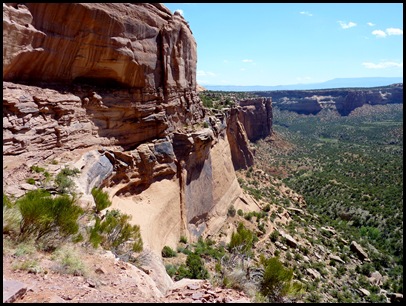 It was fun to be in the canyon looking up at the rocks rather than up above as we had been on the other hikes. 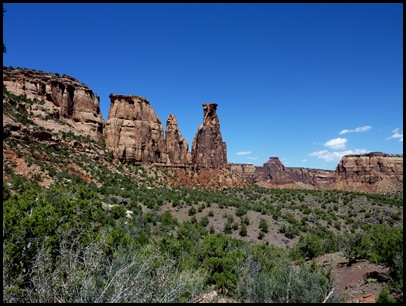 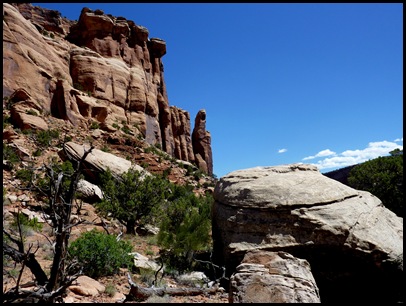 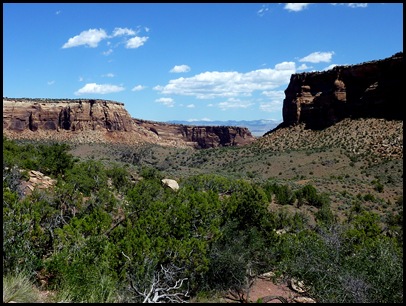 The only wildlife we saw were lizards, and only one like this good looking guy who posed for Jim. 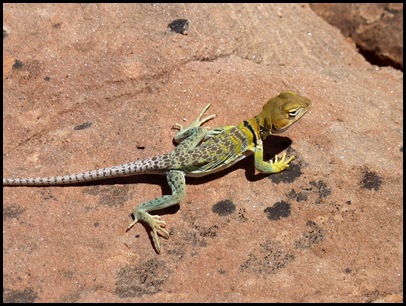 Today we are driving north about 130 miles to Dinosaur National Monument, in the northwest corner of Colorado. We had to fork out $80 for a new National Parks Pass in April while we were at Zion, so we are trying to hit as many national parks and monuments as we can. Actually it’s already paid for itself, and it is now less than a year and a half before Jim can get the Senior Pass. One of the few good reasons to get old!