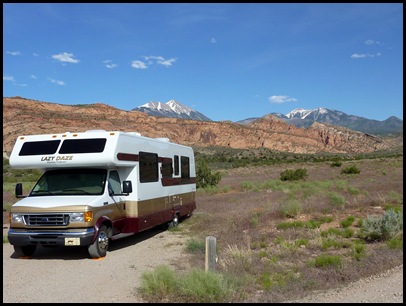 We arrived here on Memorial Day, and most of the weekenders were long gone. We made a stop in Monticello at Mountain View RV park, where we were able to dump and fill our fresh water for $5. On our 50 mile drive from Devil’s Canyon, the majority of vehicles on the road were RVs that appeared to be evacuating from Moab. More than we’ve ever seen on one stretch of road.

Ken’s Lake is a very nice BLM campground about 10 miles southeast of Moab. We initially pulled into a lake view site, but soon realized the afternoon sun was going to bake the refrigerator side of the rig, so we moved to a site where we were angled differently but have beautiful views of the La Sal mountains and red rock. 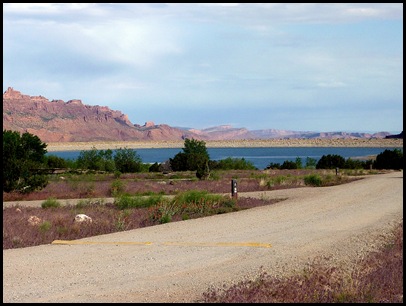 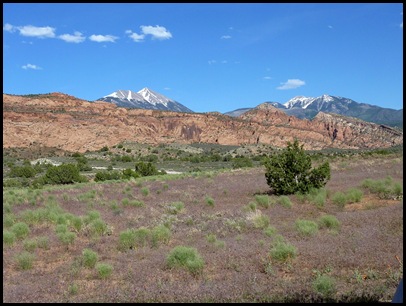 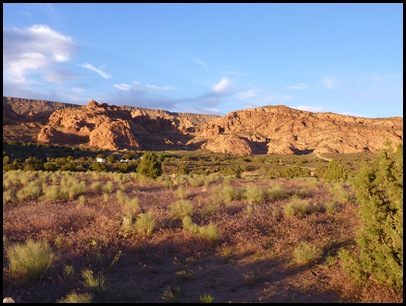 There are several hiking trails here, and the past 2 days we’ve taken the trails on both sides of a stream leading to Faux Falls. They looked pretty real to us, but are named that because it is actually man-made. It was created when upper Mill Creek was diverted to bring water to the lake in 1981. Makes for a nice oasis in the desert. 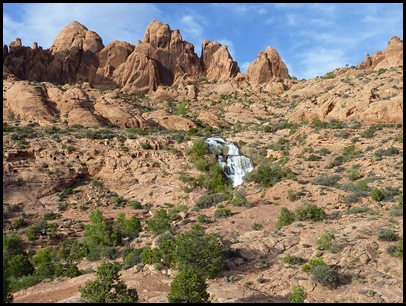 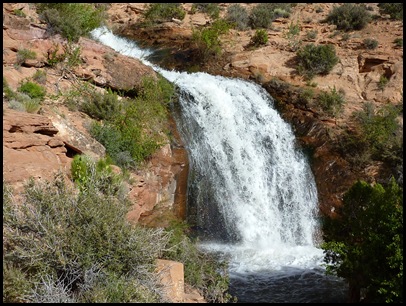 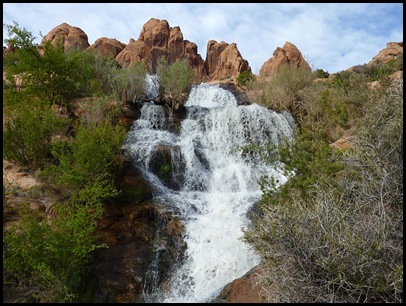 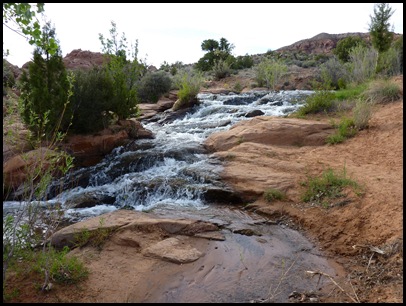 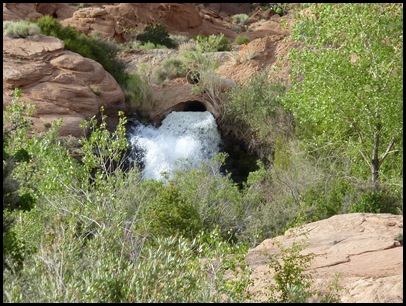 We took a drive into Moab yesterday to get our mail and pick up a few things. There wasn’t much activity going on, and a woman in one of the shops said they had a very busy Memorial Day weekend, but June was normally a pretty slow month. Fine with us, as we have lots of places we want to see in the area and the less crowded the better.

As much as we like this campground, we are moving up the road to a Passport America RV park since the nice mid 80’s days we’ve had are predicted to get into  the low 100’s by Saturday. We are paying $12/night here with no hookups, whereas we will have full hookups for under $16 there, but will lose our lovely view. Can’t leave the kitties home alone with no AC, though! .