Yesterday we moved to the OK RV Park, less than 6 miles from Ken’s Lake. We were fortunate to get a shady, private site for 4 nights but we will have to move on Sunday. We already have another site held but we’re hoping the reservation cancels before then. The cats are enjoying the air conditioning.

Took a couple more hikes in the area, yesterday in Hunter’s Canyon, off Kane Creek Road, which runs along the Colorado River. There are a few interesting dwellings built into the rocks along the road. They even have electric, phone and gas lines running to them. 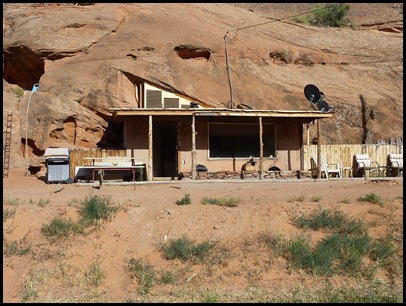 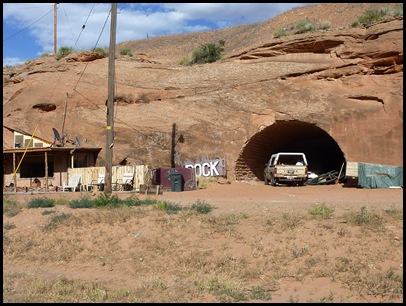 The trail was not well marked but we hiked a couple miles down the lovely canyon. There was still some water in the stream, and several ponds. What was most amazing is we never saw another person on the trail the entire time, and this hike was listed in a free Moab guidebook. We aren’t complaining., though. 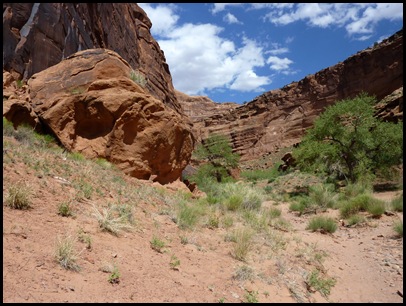 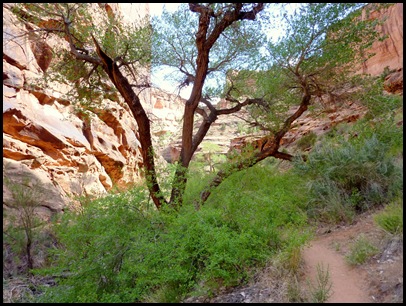 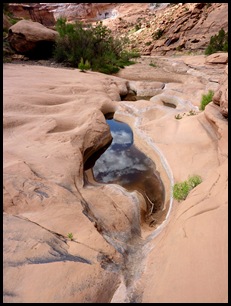 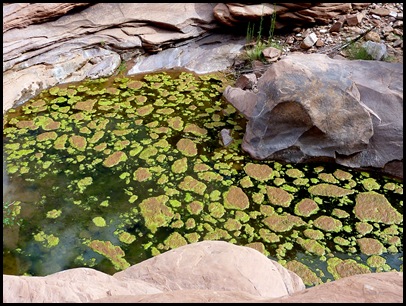 This morning we went into Arches National Park to see what we missed last year. On the way we stopped for breakfast at the EklectiCafe, where we had the best whole wheat banana nut pancakes. Sat outside in their shaded courtyard and were amused by the mooching birds that even tried to land on tables where people were still eating, 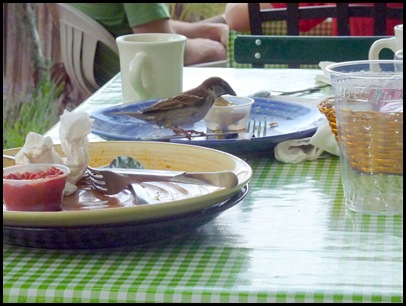 After a stop at the Arches visitor center, we realized we had hiked to almost all of the arches last year, so we drove a short distance to the Park Avenue trail, just a mile hike down a canyon surrounded by huge rock formations. 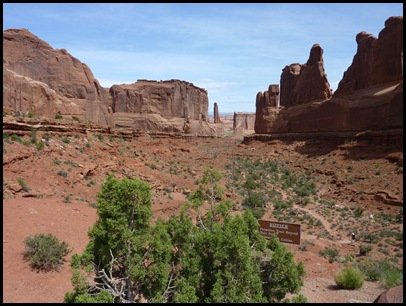 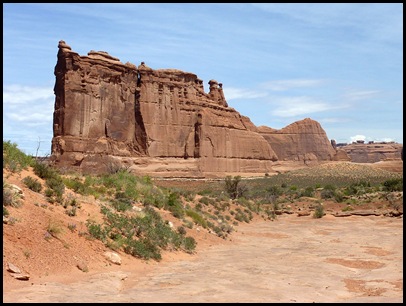 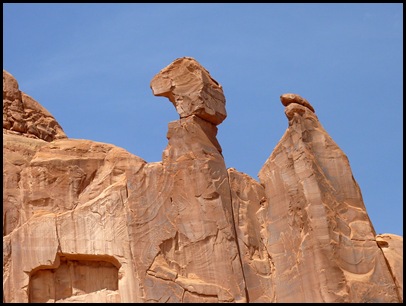 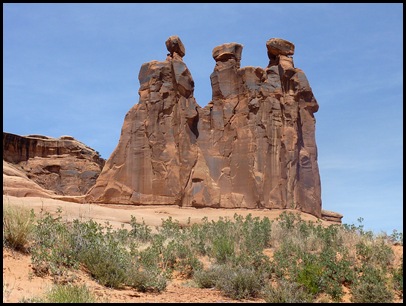 It was a nice walk, but it was getting hot and the back seat of the car was filled with dirty laundry, so we did that on the way home, fixed an early dinner, and went back into town to pick up our rental Jeep Wrangler. We then took it to Ken’s Lake, where there are lots of dirt roads, to get a feel for how it drove. We are planning to follow the rental company’s recommended scenic 100 mile loop on some dirt roads in Canyonlands National Park tomorrow. It could be a long day.

Yesterday while driving through Moab we saw a Lazy Daze Anniversary Edition exactly like ours in an RV park right in town. No one was home, but the license plate was from Florida, and we knew it had to belong to a couple we met in Jacksonville at our first Lazy Daze get together in 2007. We left them a note, they called last night, and we are planning to meet for dinner tomorrow if we survive our Jeep ride. What a small world!