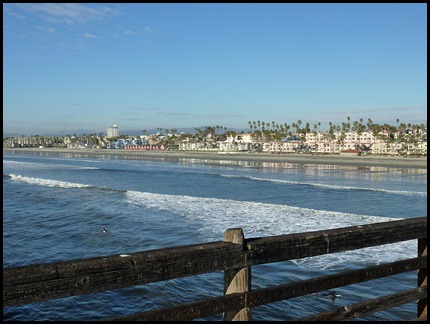 Yesterday we stopped at Wal-Mart in Temecula where a replacement for a defective hand-vac we ordered was waiting, then went on to the Camping world in San Marcos, where we exchanged a defective water pressure regulator that we bought last month in Albuquerque. Seems like anything we buy has to be returned or exchanged because it doesn’t work right the first time.

Since we were less than 15 miles from the coast, we decided to drive to Oceanside and check out the Pacific. It had been cloudy all morning but the sun came out on the way. 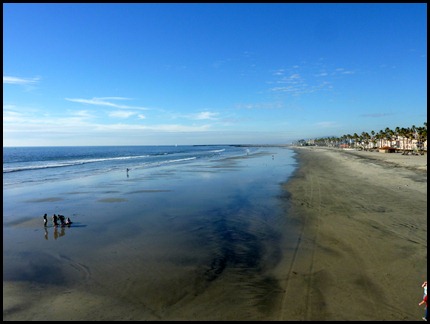 Being used to the beautiful white sandy beaches of the Florida Panhandle, the dark sand just doesn’t look right to us. There were a handful of surfers in the water, but the waves weren’t quite big enough. 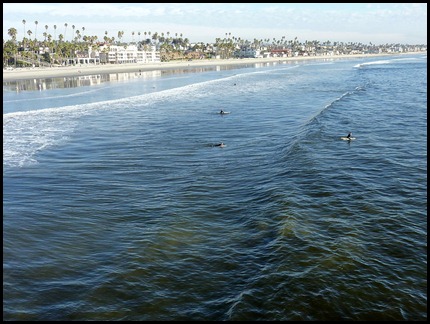 We walked out to the end of Oceanside Pier, which at 1,942 feet is the longest pier on the west coast. 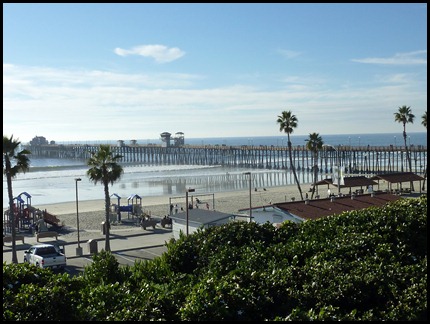 It was a good place for people and bird watching. We saw lots of pelicans diving into the ocean for a snack, and of course lots of gulls, including these brown ones we hadn’t seen before. 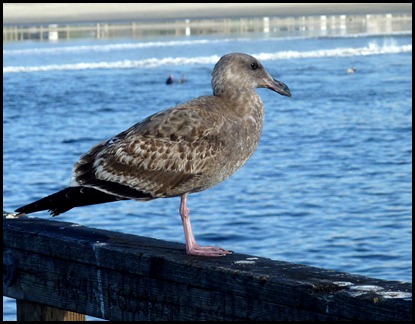 We are tired of the traffic, so tomorrow will be heading to the Escapees park in Aguanga, which is kind of in the middle of nowhere, although only 18 miles from Temecula.