Thought It Never Rains in California

We are now on day # 4 of clouds, drizzle, and finally today some real rain. Since we’ve been stuck inside, we got a couple projects finished, and I’ve done some cooking, trying to use some of those beautiful lemons on our tree.

This was my whole wheat lemon cake, which shows what happens when you substitute applesauce for butter in a cake recipe. It didn’t rise much but it tasted pretty good. 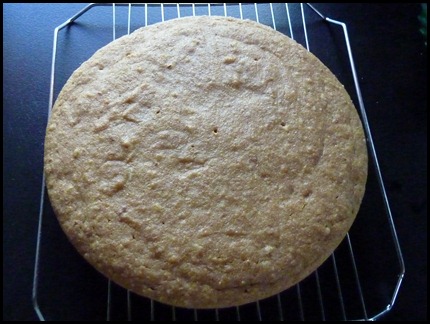 I also made a Moroccan chickpea stew, which was excellent. Both of those recipes only used a total of three lemons, though, so I may have to take Joyce’s suggestion and try some lemon mojitos.

Many months ago we removed the glass from the door of the entertainment center. It was smoked, etched with Lazy Daze, and would not allow the remotes to work. It also got very hot inside the cabinet, so we kept it open quite a bit. 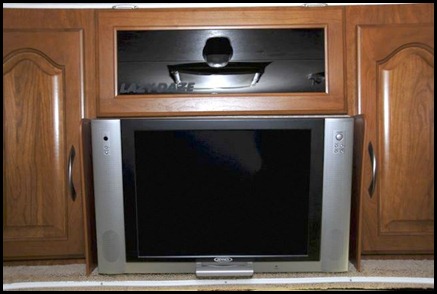 We had replaced the glass with some expanded metal from Home Depot and painted it black. It was better but the holes were so big you could see the equipment inside. Jim ordered some black plastic mesh from McMaster-Carr, which he glued to the expanded metal. It looks much better and the remotes still work through it. 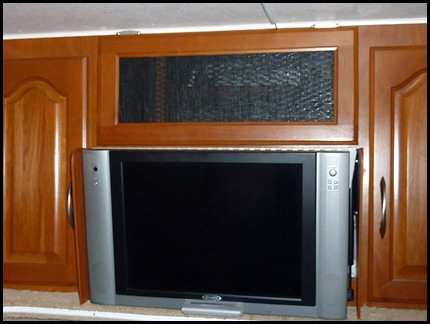 We also replaced a few more light bulbs with LEDs. They aren’t cheap, so we are gradually replacing them as we decide what we want. So far we’ve been happy with most of them.

Some of our cabinets and drawers in the kitchen were starting to look a little worn, especially those under the sink and counter, so I removed the hardware, sanded them with very fine sandpaper, touched up the worn areas with a stain stick, and painted a coat of fast drying satin finish polyurethane over them. What a difference! I feel like we have a new kitchen, and it was easier to do than I thought it would be. 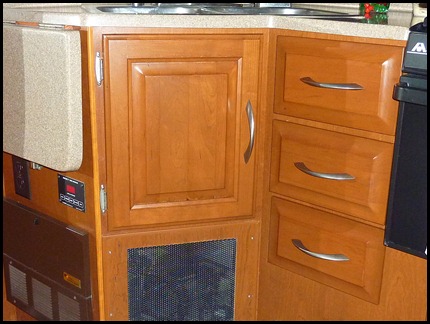 I finally ordered a pair of pinch pleat drapes, which should be arriving in the next day or so. My next project will be to make some new privacy curtains for the front windshield. They have a huge sewing room here, and with Debbie’s machine, I hope it won’t be too hard to sew the tape to the pleats and hem them. Never a dull moment. Only two more days of rain to go…