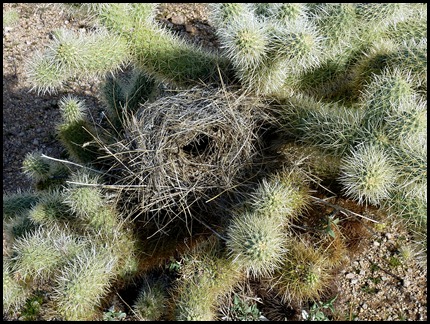 We attended a interesting birds of prey program Saturday. Two volunteers from Liberty Wildlife, a wildlife rescue, rehab, and education center in Fountain Hills brought a few of their residents.

A red tail hawk, whose wings had been damaged and could not be released. 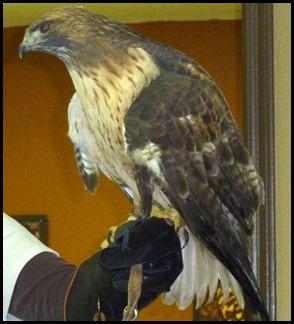 A beautiful great horned owl, which doesn’t really have horns, just feathers. He was imprinted on humans when they got him, so he can’t be released into the wild. 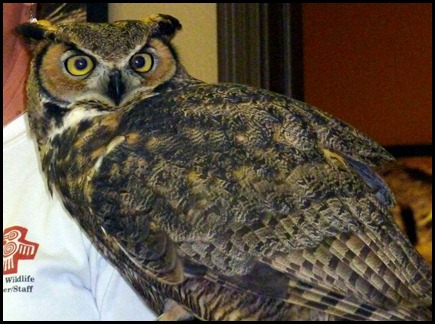 And our favorite, this colorful male kestrel, a member of the falcon family, and the smallest and most common falcon in North America. He was also imprinted on humans, so cannot be released. 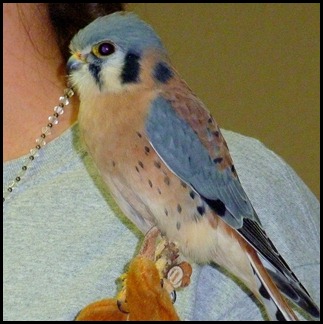 The ice by our faucet took a few days to melt, which gave the birds a frozen drink as they pecked away at it. This was taken through the window so it’s not real clear. 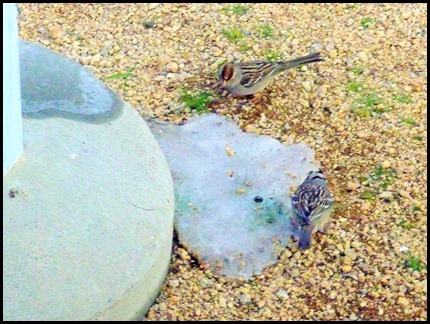 Jim is healing from his surgery, and is still just a little sore. Unfortunately he came down with a cold a few days ago, so that hasn’t helped. We’ve still been hiking, though, and the past couple days moved up to some trails with a bit of climbing. The weather has been great, with highs near 70, and this is such a pretty place. 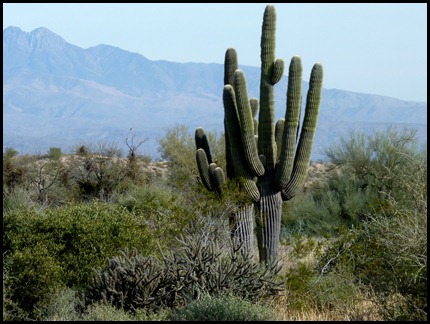 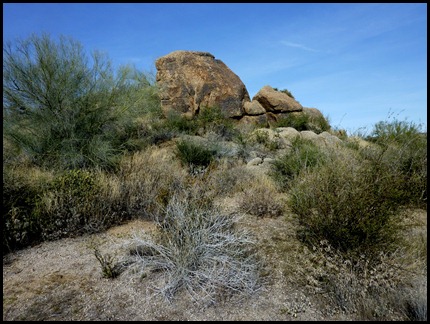 He has a post op appointment with the surgeon on Thursday, and if all is well we will be moving on Friday.