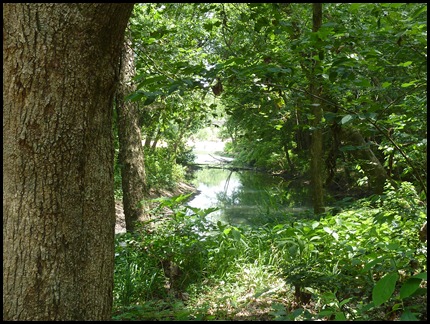 We’ve gotten some thunderstorms the past several days, which has lowered our temperatures to the comfortable 80’s, after 14 straight days of over 90 degrees.
We wanted to go for a hike, so Sunday we drove about 35 miles north to Sam A. Baker State Park. Wanda, the park superintendant at Lake Wap was the naturalist at Baker for 20 years, and she recommended we check it out. There are two campgrounds, which were very full, a restaurant, store, cabins, miles of trails, including a three mile paved walking/biking trail along the St. Francois River. We hiked the Shut-Ins trail, which leads to a nice beach on the river. It was probably a mile to the water access, and we were surprised at the number of people who walked that far carrying coolers, chairs, etc 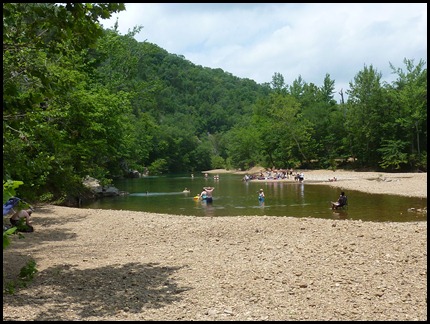 Along the trail we saw this interesting butterfly, which we think is a Zebra Swallowtail. It never stayed put more than a few seconds. 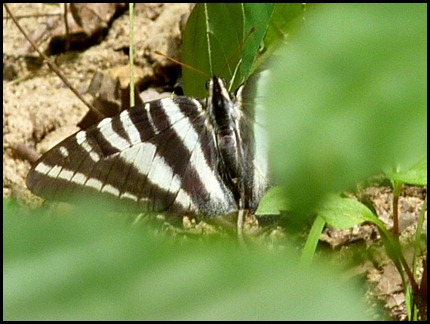 And we heard and saw some cicadas. Not in focus but it gives an idea of how creepy they look. 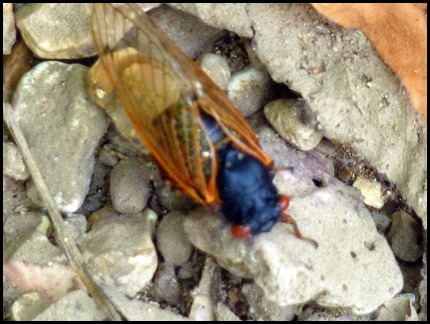 It is a very nice park, and I’m sure the camp hosts are much busier there than we are. There is no Verizon service at all though, but we heard AT&T works well.
Today Jim wanted to put some Stabil in the gas tank, but since it wasn’t quite full we unhooked everything and drove 3 or 4 miles to the nearest gas station. While there, I was cleaning the windshield when a mouse almost crawled over my foot. Jim suspected we brought him with us from the campground, but I was hoping he lived at the gas station. When we got home we found another mouse that had been run over on the ground near one of the wheels. So we suspect they are getting in the engine compartment, although he found no evidence when he looked around with a flashlight. Now we have to figure out a way to keep them out. From doing some internet research, it sounds like peppermint oil may do the trick. Does anyone have any experience with that?
And one other problem we now have is mud daubers are getting in the refrigerator vents. We hate to put any kind of screening material over it, since we don’t want to block the air flow, but we may have to. If anyone has any ideas let us know. Jim just keeps adding things to his “I hate Missouri” list!
Posted by Jim and Gayle at 4:18 PM