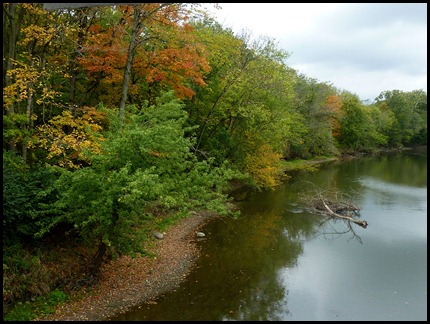 The main reason we are in Indianapolis was for Jim to see an ophthalmologist for a six month check up after his cataract surgery. Since he has Fuch’s corneal dystrophy, an eye disease he inherited from his mother, there is a chance that someday it may progress to the point of needing corneal transplants. One of the top corneal specialists in the country is Dr. Frances Price, right here in Indianapolis. Jim decided he wanted to see him to become established as a patient in the event that he needs the surgery one day.

After numerous tests, Dr. Price discussed some issues Jim was having, told him he would be a candidate for the newer, less invasive transplant procedure, and said he would like to see him again in a year. At least he didn’t think he was in need of surgery any time soon. He also asked Jim if he would mind being part of a study he was doing, so after signing some paperwork, they did more tests, and said they would send Jim a check for $20 for his participation. Good deal!

The doctor’s office was just a few miles from our friend Doug’s art studio/apartment, so we stopped by to see him. He lives in an interesting old building which was a former sex club. It works well for him since he has about 5000 square feet, plenty of room to work and store his art. His neighborhood is within walking distance of a bunch of restaurants and shops, so we took a walk and had dinner at Moe and Johnny’s. Good food, good beer, and good company. We have really enjoyed reconnecting with old friends the past couple of months.

Tomorrow we’re heading to Illinois on our way to Arkansas.