The San Juan Skyway to Silverton 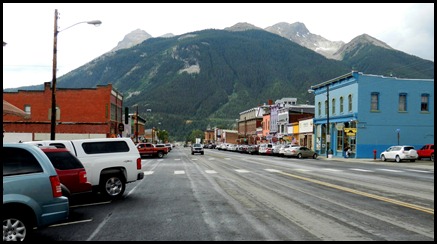 Yesterday we took the 50 mile drive on Hwy 550, also known as the San Juan Skyway, from Durango to Silverton. We wanted to check out some other places to camp, and see if we thought we’d be comfortable driving the motorhome on it. It was clear and sunny when we left Durango, but there were dark clouds looming over the San Juan Mountains to the north. It is quite a scenic drive, with plenty of places to pull over and soak in the views. 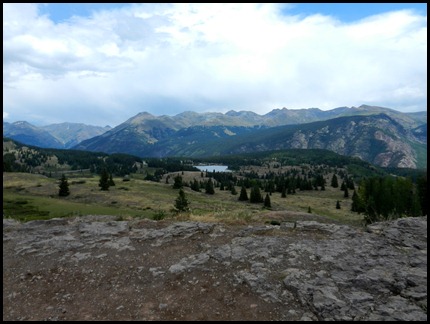 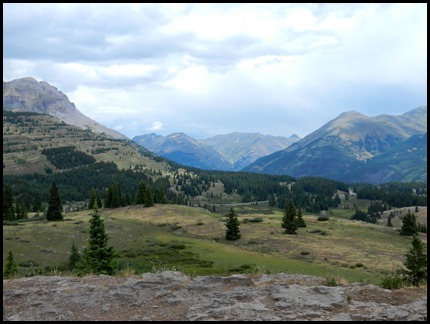 Along the way we climbed from 6,660’ in Durango to cross Coal Bank Pass (elevation 10,640’) and then Molas Pass (elevation 10,910’). We checked out Haviland Lake and Little Molas Lake, two Forest Service campgrounds, which were both nice, although there were lots of mosquitoes at Haviland. We took a  hike on the Colorado Trail at Little Molas, but it started thundering and raining so we had to cut it short. It was really pretty there, but hiking at 10,000’ is not easy for us. 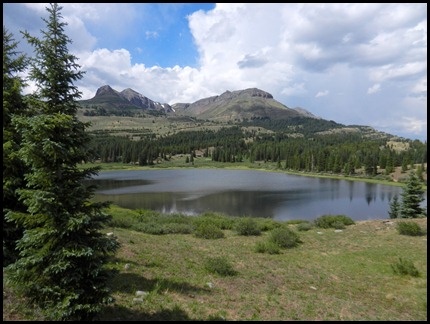 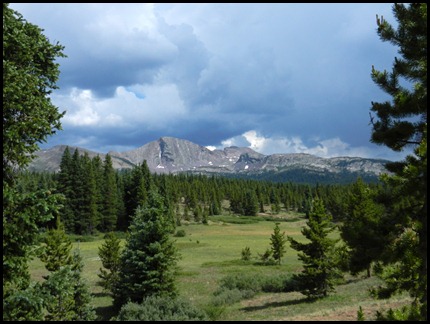 It was raining off and on and only 63 degrees when we got to Silverton, at 9,300’. Quite a change from the 80’s in Durango, but we actually prefer the heat. Silverton, although a cute town with old western charm, is just another tourist trap, since the Durango-Silverton Narrow Gauge Railroad stops here. 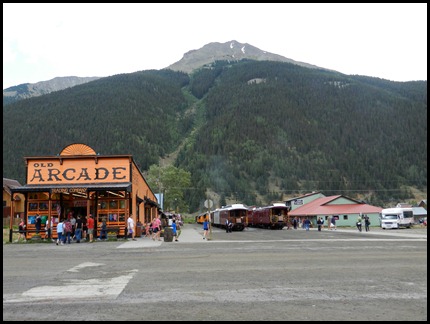 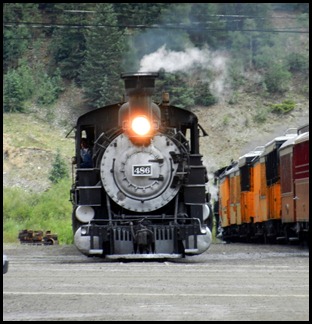 We decided to continue along 550 to Ouray, which is called the Million Dollar Highway, and is the portion of the road that makes a lot of drivers uncomfortable. We detoured on South Mineral Road, where there are several Forest Service campgrounds and dispersed camping opportunities. They were putting down gravel and grading the road so we didn’t get too far past the developed campgrounds, but it looked like an interesting area and there were some nice spots along the Animas River.

We drove farther up 550 until we crossed Red Mountain Pass, at 11, 018’, where we decided to turn around. The road has lots of switchbacks, hairpin turns and no guardrails, but wasn’t quite as bad as we had heard. Of course we were in a small car and not an RV, but we saw plenty of semis, Class A’s and huge 5th wheels along the way. 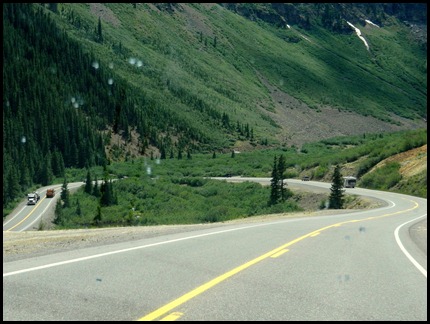 We still haven’t decided where we’ll go next, but if we do head up the Million Dollar Highway, we won’t be quite so intimidated by it after our ride today.

We had to move to the nonreserved sites a couple days ago, but so far have been very pleased with Junction Creek campground. We are in loop E, which is the last loop, so there is very little traffic, and the holiday crowd hasn’t arrived yet. I’m sure that will all change this weekend, though.

If you heard about the Lightner Creek Fire near Durango, we are not experiencing any smoke and aren’t in any danger of having to leave, since it rained some and they have gotten it under control. Campfires and charcoal grills have been banned in the campgrounds, and Durango and many other Colorado cities have cancelled their 4th of July fireworks displays. Better than burning down the state!