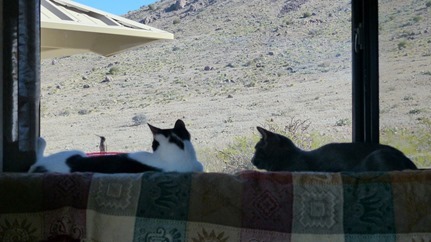 There are many reasons to stay at Rockhound State Park, including it’s proximity to Deming, New Mexico, with a nice laundromat, Wal Mart, Pepper’s Grocery, Tractor Supply Co., a very interesting museum, a brewery and a couple of wineries. Then there is it’s proximity to the small Mexican border town of Palomas, with several dentists, pharmacies, and optical shops for low cost medical care.

For nature lovers, all of the large campsites have lovely mountain views, and there are hiking trails right outside your door. And with our NM State Parks pass, which we purchased last year for $225, sites are only $4 with water and electric, $0 for dry camping.  Or only $14 and $10 without the pass. It’s still the best state park deal going. 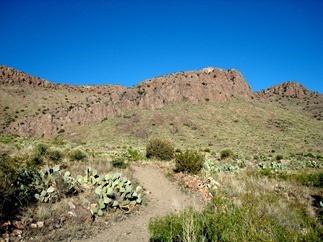 There is also plenty of wildlife, including desert cottontails, jackrabbits, snakes, ibex (but don’t expect to see them), and an abundance of birds. We love watching birds, although we don’t always know what they are. Like this, a type of sparrow, maybe? 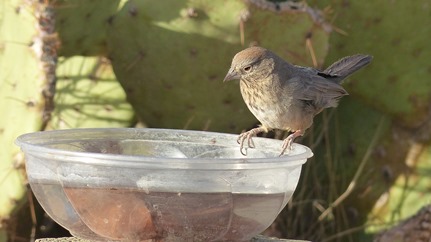 It is very dry around here, so a dish full of water attracts many critters. 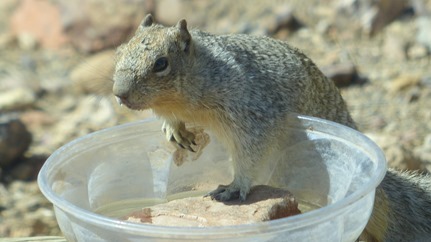 A white crowned sparrow, I believe. 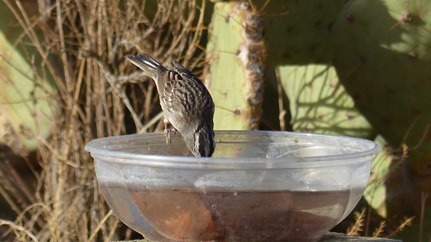 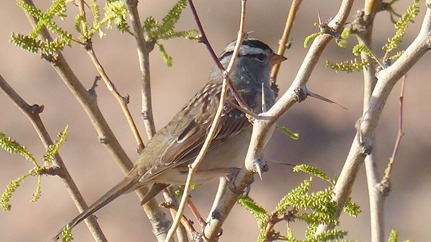 And this colorful Wilson’s warbler. 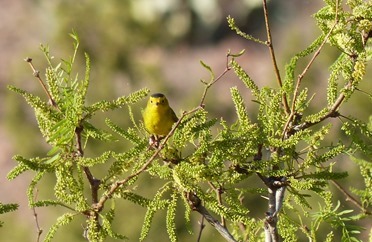 I took a little hike by myself yesterday morning, and was trying to photograph a couple of turkey vultures flying overhead. I never could get them both in a shot, and they eventually flew off. 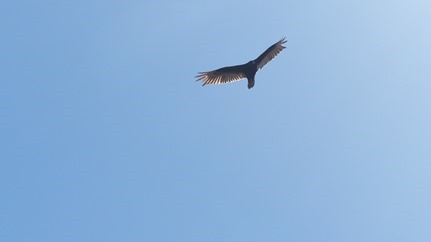 I looked over to my right, and spotted them on top of some rocks, soaking up the sun. 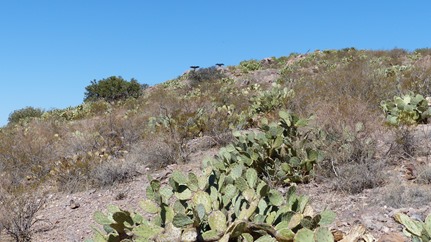 I didn’t realize until I looked at this on the computer that there was a third one, mostly hidden from view. 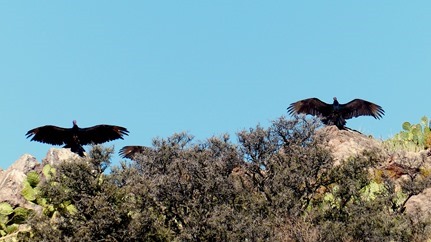 Not the most handsome creature. 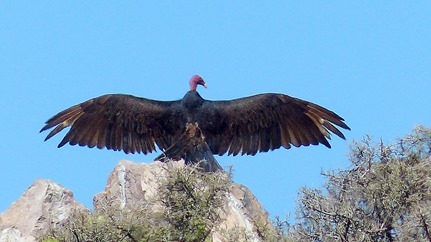 A few days ago while walking in the campground, our neighbors were attempting to move this snake off the road to keep it from getting run over. It didn’t want to move, so Jim went back and got a hiking pole. 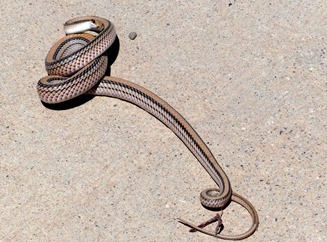 It’s a non-poisonous Big Bend Patch-nosed snake, and he moved it to the patio of a nearby empty campsite. 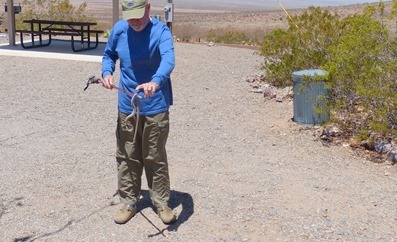 A few hours later we went back to see if it was still there, and sadly found it stiff and dead. So much for Jim’s attempt at wildlife rescue. If you look back at the first picture, you can see that part of it’s body was not coiling, so it must have been injured and dying then.

We’ve also seen quite a few of New Mexico’s state insect, the tarantula hawk wasp. They are huge, a couple inches long, and their sting is reported to be one of the most painful of any insect bites. Therefore, when one landed  near my feet, I tried taking a quick shot and promptly got out of it’s way. Darn, out of focus. 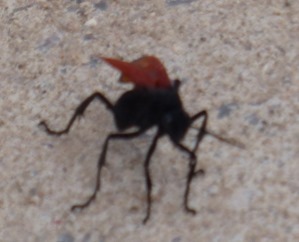 That’s it for wildlife photos. Jim was playing with the camera and took this black and white shot of the full moon this week. The skies are so clear here. 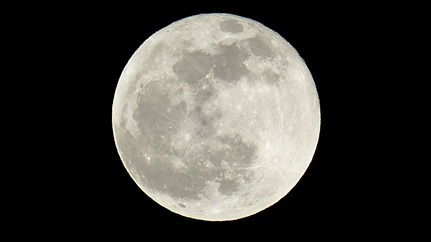 And I had some requests for a picture of Jim in his hat. Check out that good looking cowboy. 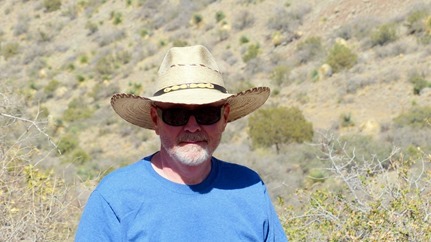 Tomorrow we’re making an overnight stop at City of Rocks State Park on our way to Silver City. As always, we’re enjoying our stay in New Mexico.