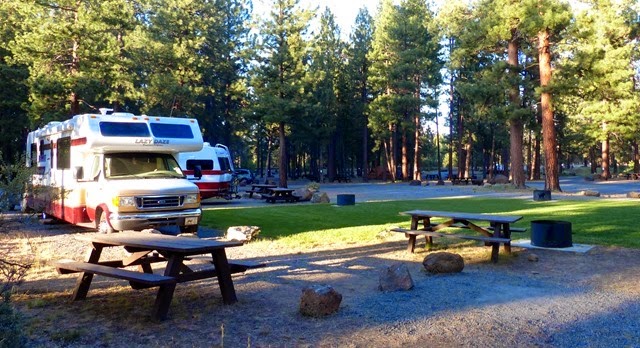 It was another scenic drive from Eugene to Sisters, crossing the Cascades at 4,800’, a fairly gradual climb. It was nice to occasionally get a glimpse of snowcapped mountains again.

Although we have friends camp hosting in a couple of the National Forest campgrounds at Camp Sherman, about 15 miles from Sisters, they don’t have useable cell or internet there so we decided to just spend a few nights at the Sisters Creekside Campground, owned by the city. It is just a short walk from here to the cute little downtown. 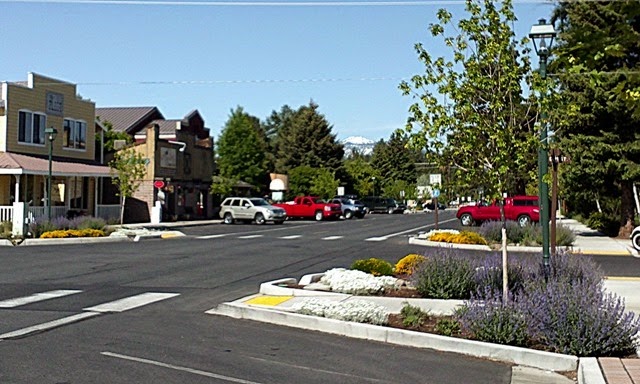 If you are 60 or older, it is $10/night to dry camp here, normally $15. They do have water, bathrooms, and a dump for $5 more. All of the other RVs are in the hookup sites around the perimeter, so we have the middle area to ourselves. 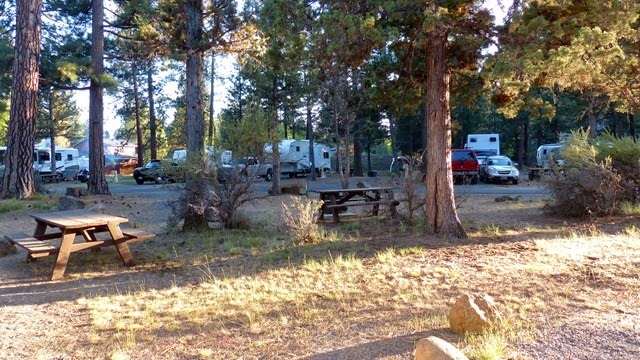 Just across a covered bridge over Wychus Creek is a park, and just a couple more blocks from there you are downtown. 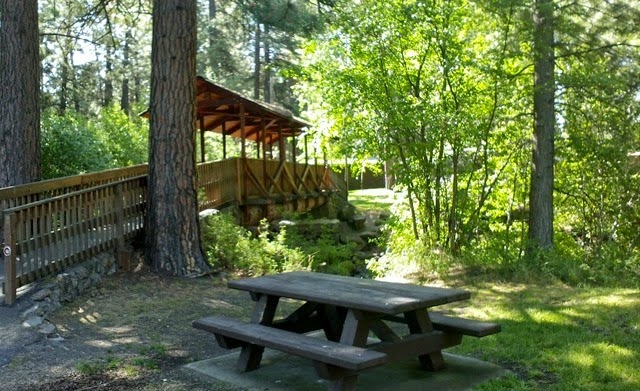 We walked around town and looked in some of the shops, then had a beer at Three Creeks Brewery, which turned out to be a disappointment compared to the last couple breweries we’ve visited.

Yesterday we took a drive to Camp Sherman, where our Lazy Daze friends Chris, and David (minus Nola), are camp hosts. Chris took us on a great hike along the Metolius RIver to a gorge. That is a really pretty area, and there are some nice campsites right on the river. 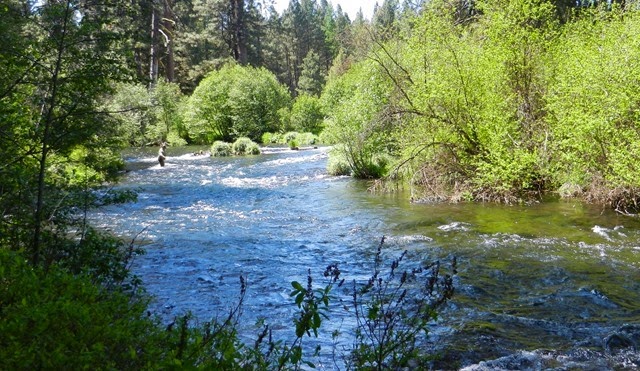 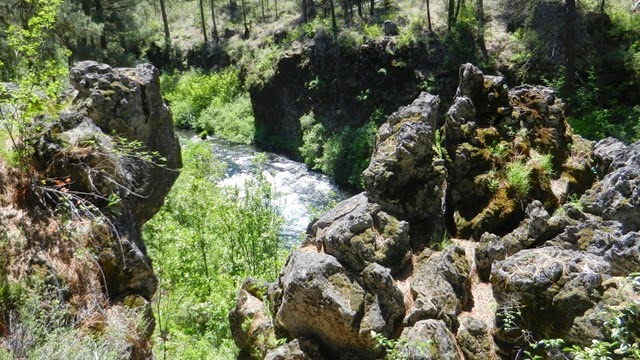 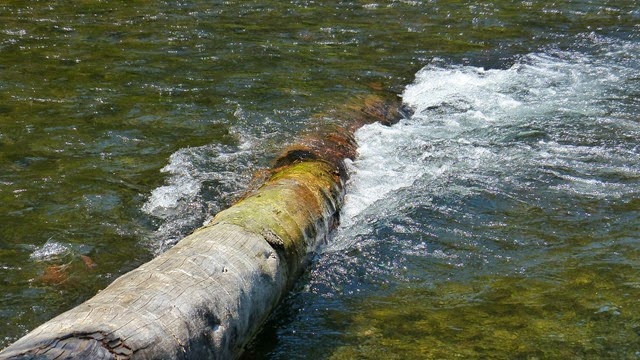 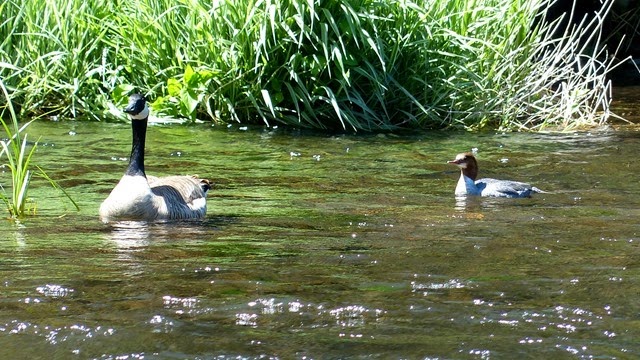 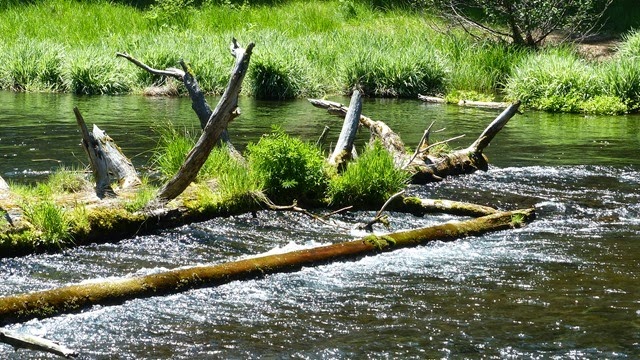 Lots of nice vacation homes on the other side. We made a friend on the trail. Russ and Donna, we thought of you! 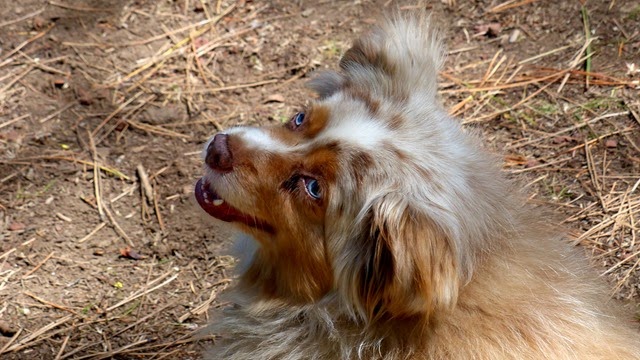 David was home from work when we were heading back, so we stopped and chatted for awhile. We were all last together at Mittry Lake in February.

Me, David Chris and Debbie. 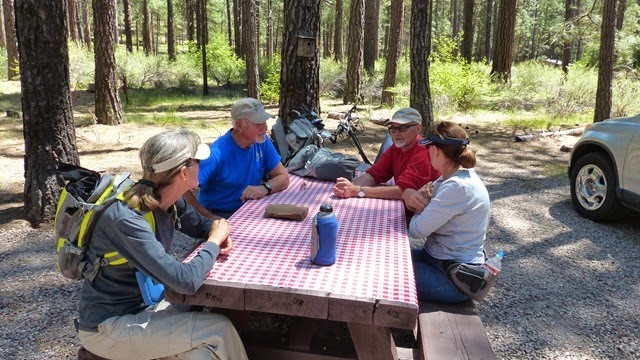 After we got home last evening we walked a couple blocks to Hop N Bean, a nice little restaurant with a bunch of great craft beers on tap. The pizza was very good, too.

We really like the little town of Sisters. Although the population is only 2,000, and tourism is the main industry, it is very quaint and rustic, no tacky tourist feel to it. There are also 25 miles of mountain bike trails and the trail head is just a few blocks from our campground, so that’s what’s on the agenda today. After laundry, that is.