We decided to spend two nights at Cabela’s in Post Falls, Idaho, just east of Spokane Valley, Washington, where we had an appointment to take the car in yesterday. We met up again with Debbie, who arrived a couple hours before us. Although there were only a few RVs when we got there, as you can see it is a popular place and was nearly full both nights. 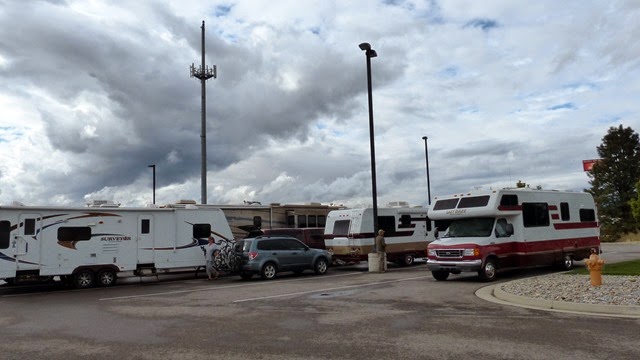 But excellent internet. There is also drinking water, a dump station and a horse corral. 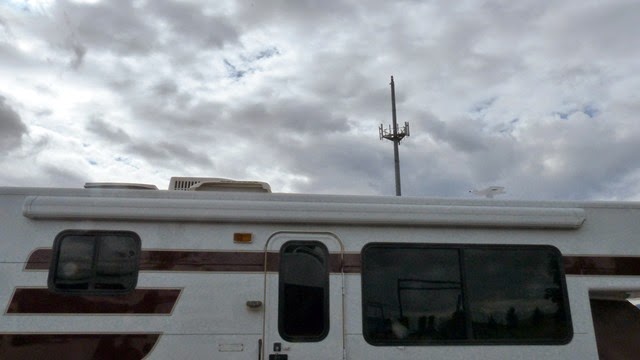 The first afternoon we did some shopping at Home Depot, Camping World and a couple other big RV parts dealers in Spokane Valley. Jim also wanted to stock up on some beer at the Total Wine store we passed on the way here. There was construction on I-90 eastbound just before the Cabela’s exit, and miles of stop and go traffic, so when we spotted the Boston’s Pizza we decided to tough it out with a pizza and beer before heading back during rush hour traffic, a wise move. When we got back we walked into Cabela’s where I bought some hiking socks, the price for our free stay.

Yesterday morning Jim took the Subaru to Truline RV, while Debbie and I made a Trader Joe’s run. Truline quickly diagnosed the brake light problem, which had apparently been wired incorrectly when it was switched from the HHR to the Subaru in Albuquerque a couple years ago. They also drilled a new hole and remounted the breakaway switch Jim replaced a few days ago, which he had attached with zip ties after breaking off the screw. Only a $56 job, and now everything is working properly.

We spent the afternoon doing laundry and picking up a few things at Walmart. A not-so-fun couple of days, but they were productive. And it rained most of the day yesterday so at least we didn’t waste a beautiful day on chores.

Last night at dusk a horse trailer came in and deposited these three handsome creatures in the pen next to Debbie’s site. 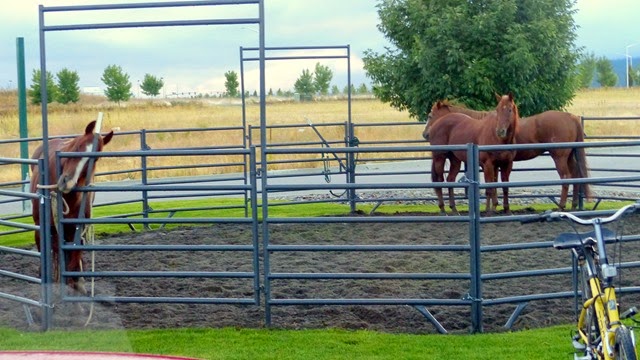 I named this one Sophie, as it spent almost 30 minutes this morning trying to break out. 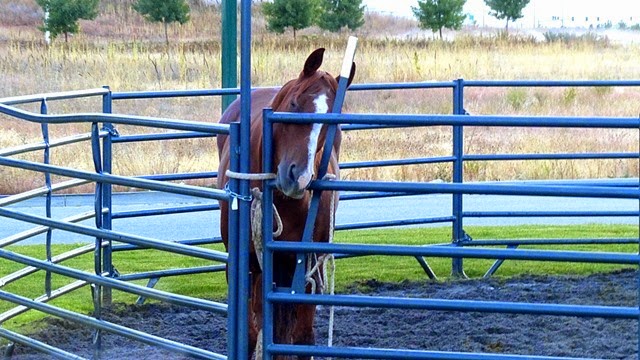 Today the sun is shining and we move back into the forest.