Went back to Hood River today for Jim to have some fasting blood work and for me to have my annual mammogram. We decided to take our bikes and go for a ride on the Historic Columbia River Hwy State Trail, a 5 mile restored section of the original road that passes through Mosier  Twin Tunnels. 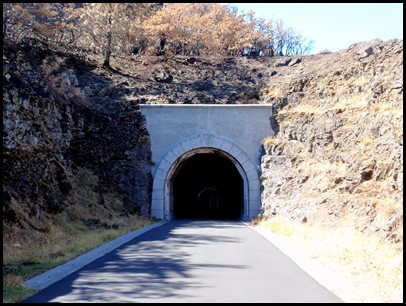 The road and tunnels were built between 1919-21. After I-84 opened in 1955,  the tunnels were filled in. Former Oregon governor and senator Mark O. Hatfield was instrumental in getting the trail built and the  tunnels opened up in 1995. It was the prettiest bike trail we’ve seen, and unlike the section that’s open near Bonneville Dam,  this trail is so high on the bluffs that the interstate noise is negligible and there are no trains zipping by you. Here are a few shots of the spectacular scenery. 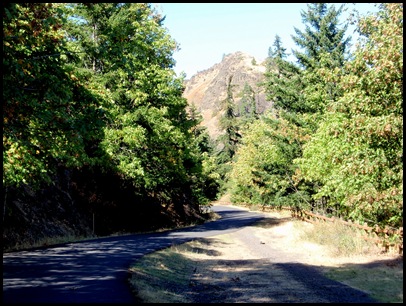 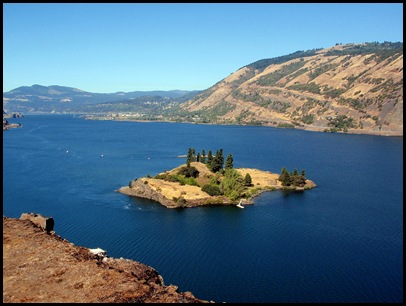 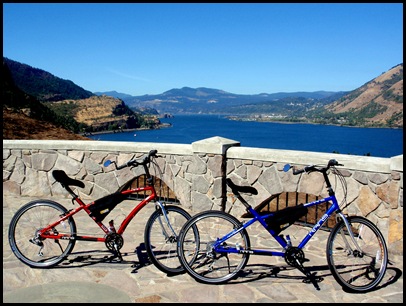 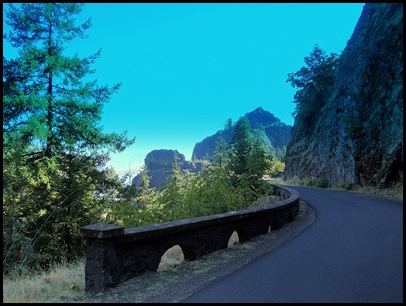 We got a message today while we were on the bikes that our new water pump has been shipped and is to arrive tomorrow. Guess what we’ll be installing after work ?