Took a nice little day trip yesterday on the Mt. Hood Scenic Byway, about a 100 mile loop from Hood River around the mountain. Just outside of  Hood River is a turnoff for Panorama Point, a small park on a hill with a lovely view of Mt. Hood, Oregon’s highest peak, way off in the distance. 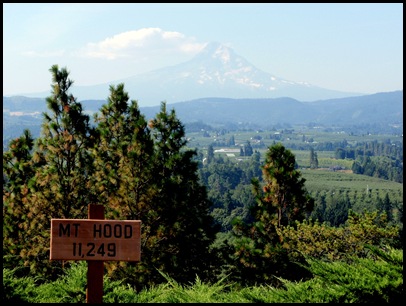 It was a beautiful drive through fruit orchards and the national forest, with intermittent views of the mountain. 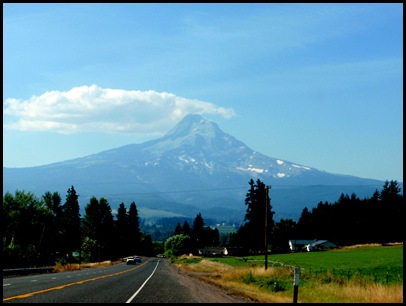 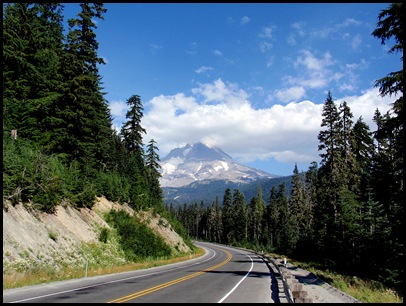 We stopped to check out these alpacas at a ranch along the road. We had never seen one before and they had the cutest faces. 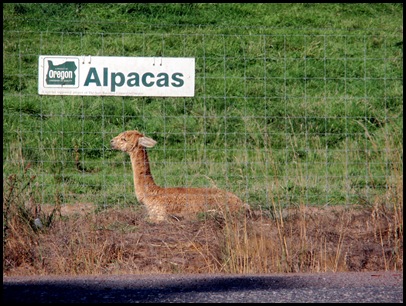 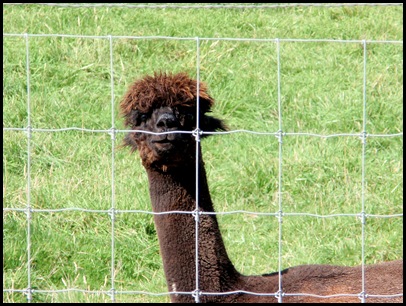 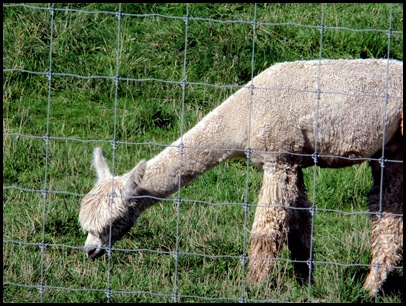 We also stopped at the Timberline Lodge, which was built by the WPA in 1936-37, and is quite an impressive structure. The outside of the building was featured in the film “The Shining”, as the Overlook Hotel. Timberline Lodge was made a National Historic Landmark in 1977. 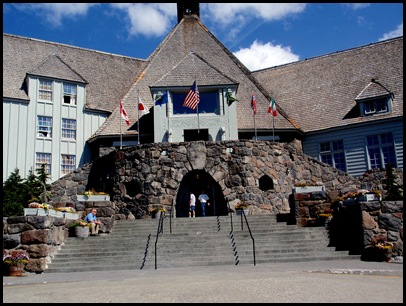 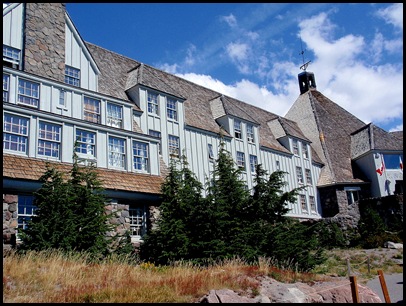 It is primarily used as a ski lodge, since there is skiing year-round. The lodge sits at 6000 ft elevation, and several hiking trails begin near the parking lot. We decided to take a short hike up to Silcox Hut, near the ski lift. The hiking trail book said it was an easy mile hike with great views. Well, the views were great but it wasn’t exactly easy, at least going up. We found out the hut was at 7000 ft, and being at sea level the past 6 weeks, we weren’t used to the elevation. We finally made it to the hut, and got to see some skiers and snowboarders going by. It wasn’t the most appealing setting for skiing, but at least it was 70 degrees.  Being above the tree line, it was a desolate looking mountain. 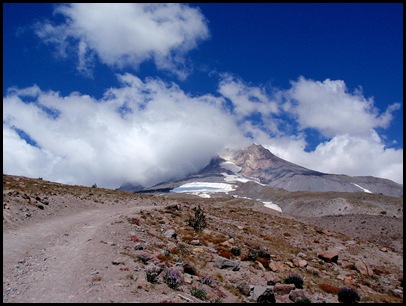 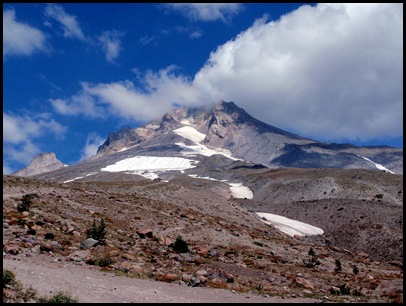 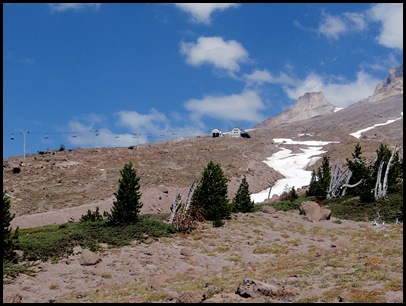 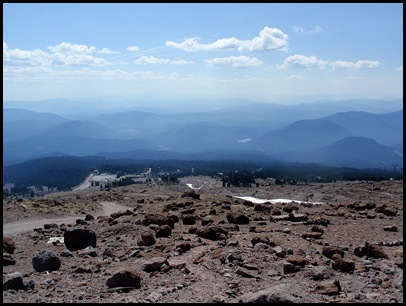 These were 3 guys on snowboards who did some acrobatics for us as they passed by. They made it look so easy! 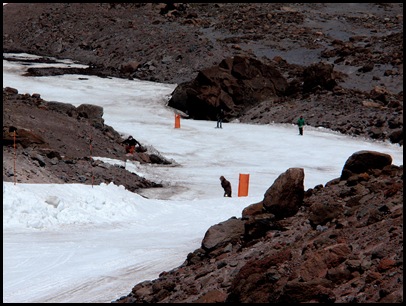 The best part of our hike was when we were almost at the bottom of the trail and we saw an elderly couple with trekking poles walking up towards us. We both thought, they’ll never make it to the top, since we had such a hard time, and we said hello as we passed. The man then asked us where we were from, and we stopped and chatted for a good while. What a delightful couple. They were locals, and we talked about camping, travelling, and hiking.  They were just out for a little stroll. Two years ago, for his 80th (!!) birthday , he summited Mt. Hood for the 50th time!  Since the hut we hiked to was at 7000 ft and the summit is at 11,249, that is quite impressive for anyone, let alone an 80 year old. He said last week they did a 5 mile hike in the Gorge. Gives us hope that staying active will keep us young, even though many times it makes us feel really, really old!