Nostalgia For Someone Else’s Past

Gayle has temporarily run out of stuff to post and is currently under heavy medication trying to control that urge. So, she has instructed me to post.

During our time here at Bonneville I have had occasion to run across lots of classic cars. They say the west coast is  automobile Mecca and if they didn’t I just made it up. I thought that was pretty much southern California but I guess it bleeds over here as well.

Lots of the car clubs go for trips and many stop here. What follows are photos of some of them.

This first is a Bentley. Don’t know anything about it as the owner didn’t come out while I was looking at it. 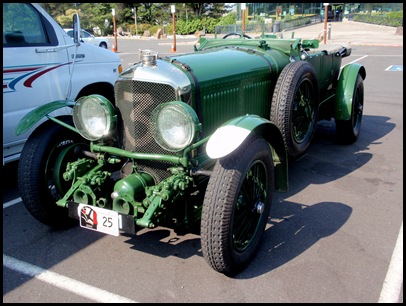 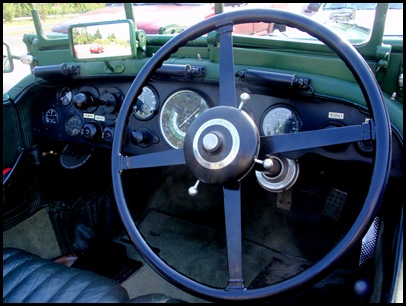 These were part of a Chevrolet club out for the weekend. 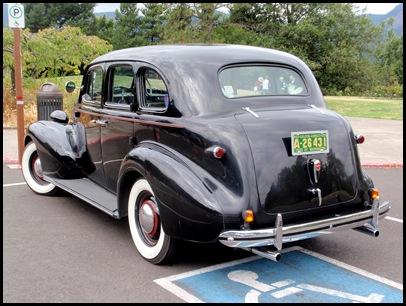 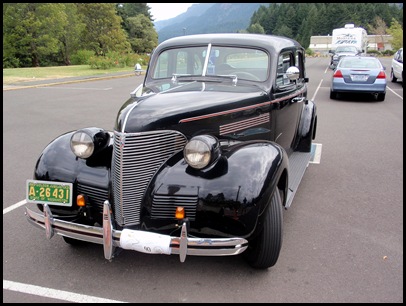 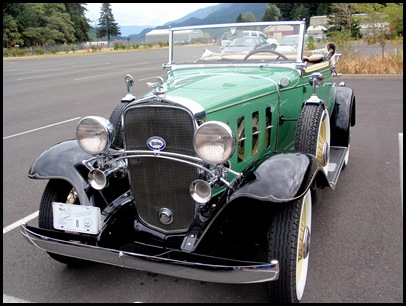 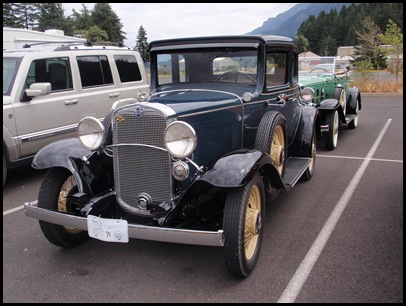 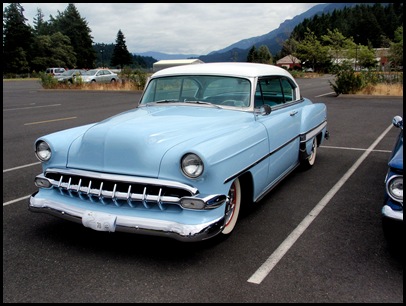 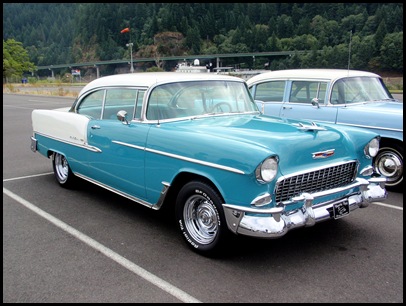 This last group I saw yesterday at the Fish Hatchery parking lot. They had been out traveling together for the past week. They consist of a 1936 Chevy, 1928 Ford Model A, 1951 Chevy. The 1936 is towing a wooden teardrop trailer that was made in 1935. The other two are towing teardrops that are more recently made replicas. In fact, I overheard the guy in the 1928 tell someone he built that trailer about 10 years ago. 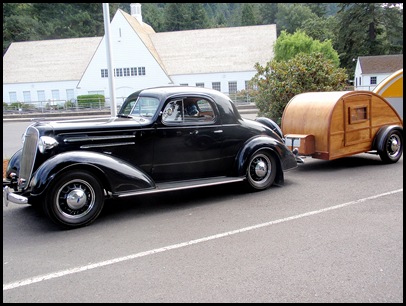 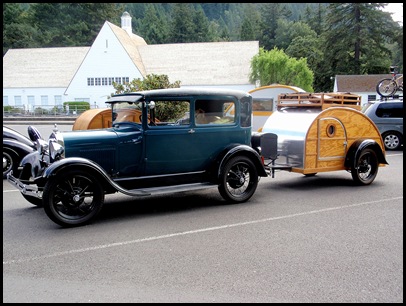 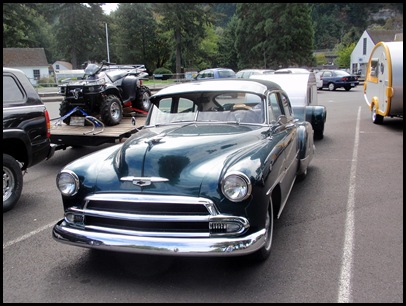 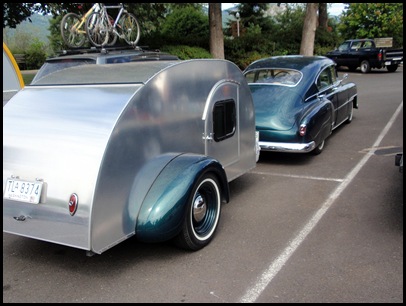 Have fun, you  know we are!