Just Another Week at the Dam 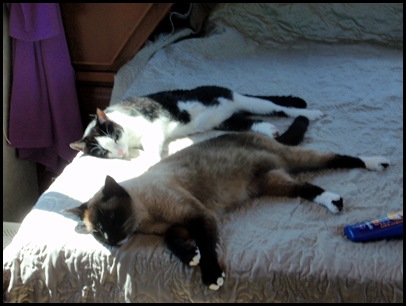 This week slipped by and I realized I haven’t posted since last Sunday. We’ve been much busier than these two worthless cats!

It was a rainy Labor Day, so we went into Portland for some shopping. Got new rugs for the “house” and they look great. Washed and waxed the front, back and driver’s side of the rig this week. We’ll eventually get around to the other side. Took a nice hike to Wahclella Falls, on the other side of 84. After the rain we had, there was a lot more volume than the first time we saw it. 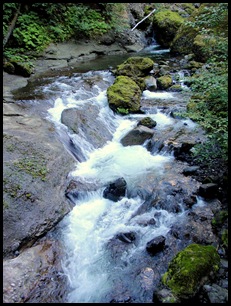 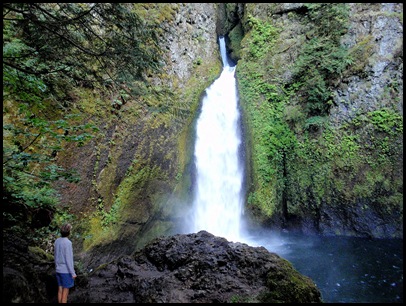 Sold our old bike rack on Craigslist last week and got a new one from Raxter. It weighs 20 pounds less and is a much lower profile rack. Also we were surprised that when it is folded up we can actually open the back hatch. Tried it out by taking the bikes to the Historic Columbia River Hwy and went for a nice ride. We are so happy with the new bikes and the rack worked well and is easy to use.

Work was fun this week. Did some more blackberry cutting at the waterfall and pond we worked on a few weeks ago. It’s really starting to look nice, but we failed to take any pictures.

Yesterday we went to the Carson Fish Hatchery for Kids Free Fishing Day. The Corps put up a little display on water safety and hypothermia, and we helped out at the mini-golf. Since fishing and kids are high up on Jim’s list of favorite things, you can imagine how thrilled he was to go. Then he found out we had to leave at 7 am, so he was really happy! He did survive, and so did the kids he came in contact with. It was actually a fun day and something different. These pictures were taken before the hundreds of kids arrived. 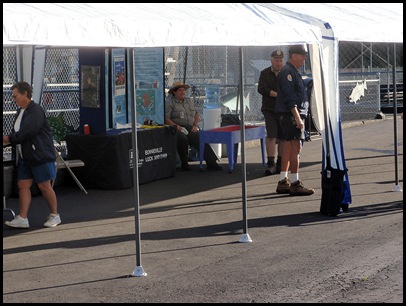 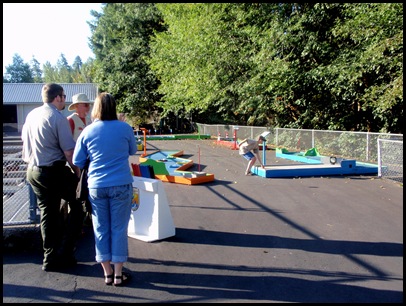 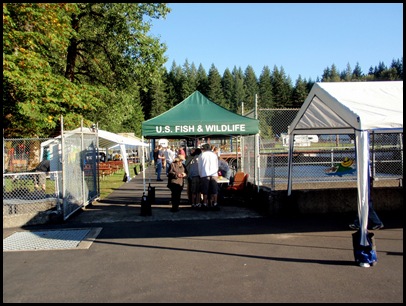 Just as we got back to the project, our phone rang and it was our friends from Pensacola, Roger and Mary Jo, who arrived the night before and are staying across the river at the Bonneville Hot Springs Resort for their 40th anniversary.

We took them for a walk around the fish hatchery and on our way back the bridge was swung so we had to wait for a large barge to get into the lock. The tug was sticking out past the gate, so he had to unhook and move up next to the barges before they could close the gates. It was interesting to watch. 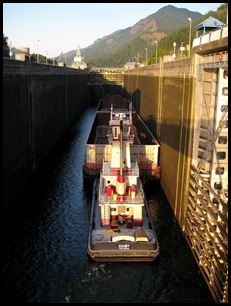 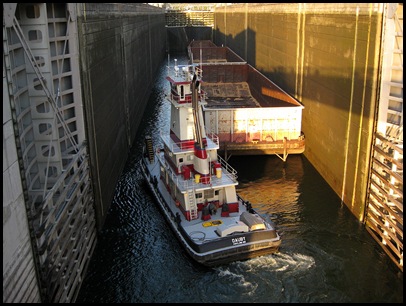 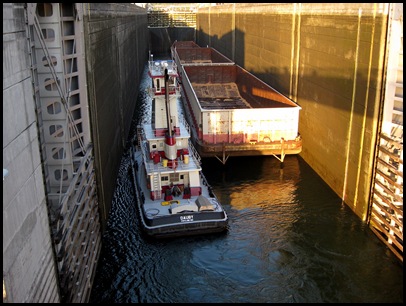 Then we took them to our favorite pizza place, Walking Man Brewery, and again it was excellent. We’ll branch out and try somewhere new before they leave on Thursday. Today it’s off to some sightseeing and waterfalls.