We’ve really been enjoying it here. Friday night was the lighting of the Christmas lights at London Bridge. They had a swim across the lake, and the winner got to flip the switch to turn on the lights. 23 crazy fools actually swam across in the 56 degree water. Most were guys in their 20’s, but the announcer made a big deal out of the oldest swimmer, a whopping 63!!  (We thought he was pretty young.) The lights were nice but it’s hard to tell from the picture. 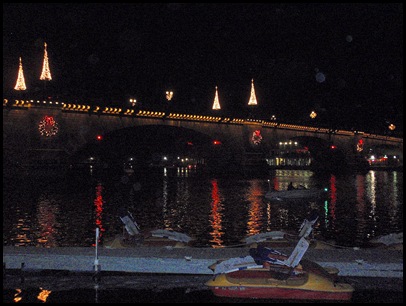 Saturday we hiked the Crack in the Wall Trail,  just south of town. It is a 6 mile round trip trail with a diversity of scenery. We hiked in the wash to Lake Havasu, which takes you into the slot canyon. It wasn’t quite as pretty as the ones we hiked in Utah, but it was lots of fun. There was a 7 foot slick rock which we had to slide down on our butts, and it got quite narrow at times. And we saw our first bighorn sheep, although they were not very close. There were probably lots of others around but they blend in so well with the rocks it was hard to see them. 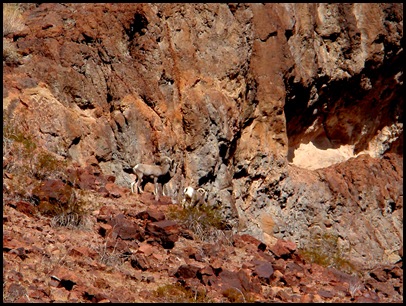 The Crack in the Wall 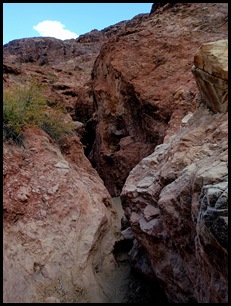 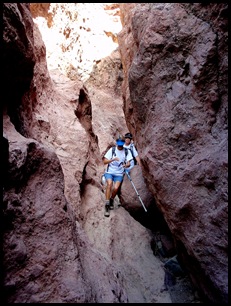 After coming out of the canyon, as we got closer to the lake, it really got pretty. 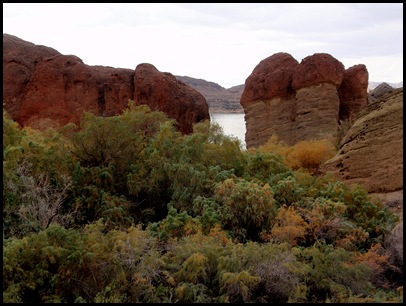 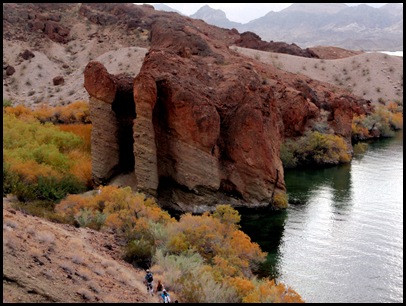 We had lunch at the BLM boat-in campsite, since no one was there. 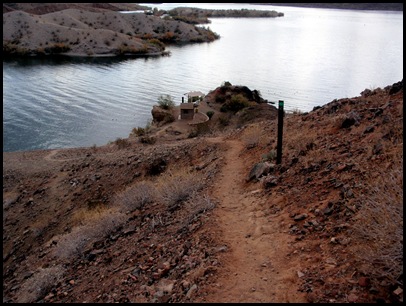 This is called Balanced Rock Cove, named for this giant rock formation. It would be better seen from the water. The color of the water in the cove was a beautiful green. 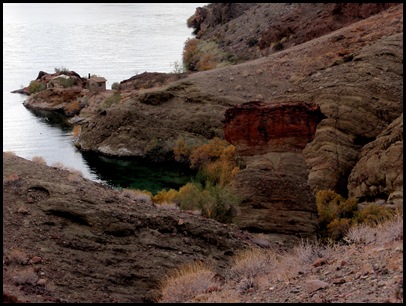 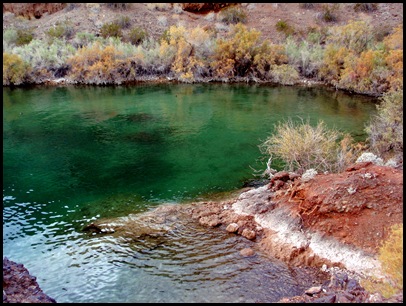 On the way back, we took the upper trail instead of going back through the canyon. We weren’t sure we could get up the 7 ft rock we slid down, and we had nice views of the lake from above. We will have to go back and do another hike, as there were trails going off everywhere on the mountains. 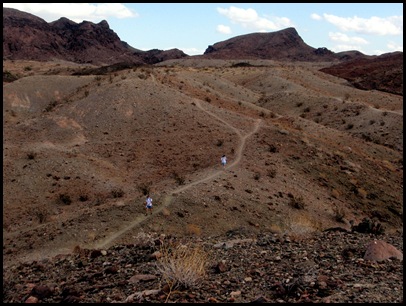