We took a drive to California yesterday,  about 25 miles from Pahrump, NV,  to the very small town of Shoshone. It is another 25 miles or so to the entrance to Death Valley, so that is why anyone goes there. Their claim to fame is the Museum, so we stopped to check it out. It was actually pretty interesting. There are lots of old photos and local history and the bones of a prehistoric mammoth that was found in the area. 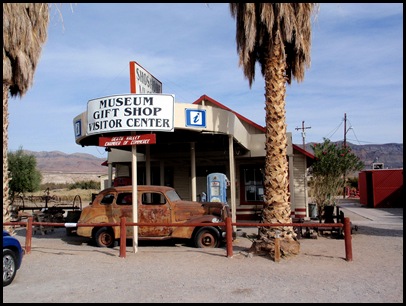 There is also a post office, gas station and convenience store. We were astonished at the price of gas, and also at the number of people we saw filling up. Guess they ran low in Death Valley and didn’t think they could make it to Pahrump, where we paid $2.69. Quite a difference. 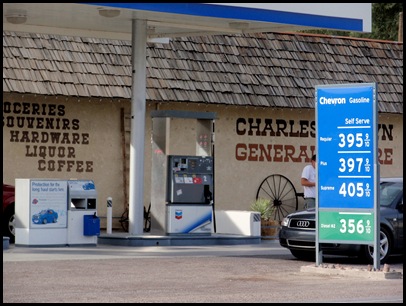 On the way out of town, we stopped at the other tourist attraction, Dublin Gulch. The caves in the  hills of this wash were used as housing for miners and vagabonds from the early 1900's through the 1960's.  A small group of people were leaving as we arrived and a woman asked us if we knew the history of the caves. We said not really, and her history lesson consisted of   “Charles Manson lived here,  for a night or two.”  That was it!  It’s always entertaining to talk to strangers. 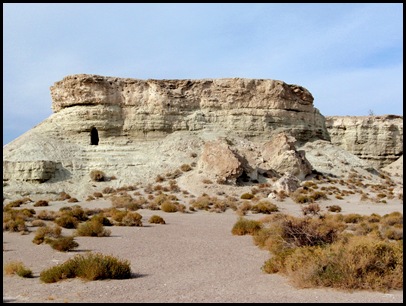 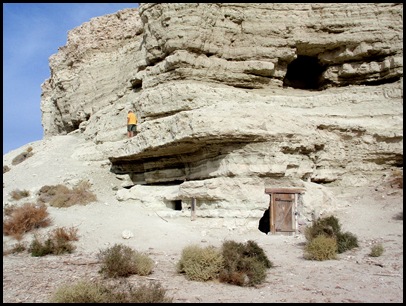 Today we rode bikes again and enjoyed the warm weather. Leaving Terrible’s tomorrow and have decided to head to a National Park Service campground at Lake Mohave, near Laughlin, NV, in hopes of staying ahead of a cold front.