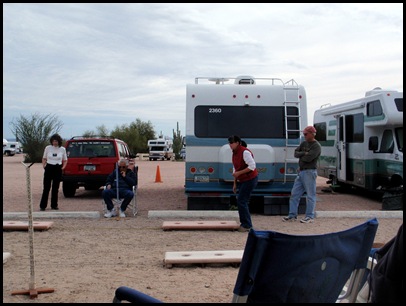 Today we played in the First Annual Southwest Lazy Daze Washer Toss Tournament. If anyone is really interested, here is a link to the official rules and how to build the boards. http://tinyurl.com/yladzxu

Jim and I played once before in Death Valley with the Southern California group, and we were hoping we would do better this time. There is both skill and a lot of luck involved, and neither of our teams made it to the finals. Debbie, on the other hand, got lucky to have a partner who was the California champion, and they were the big winners. It was a fun afternoon of laughing and cheering. These are the winners on the podium, and yes, the Olympic theme song was playing in the background. 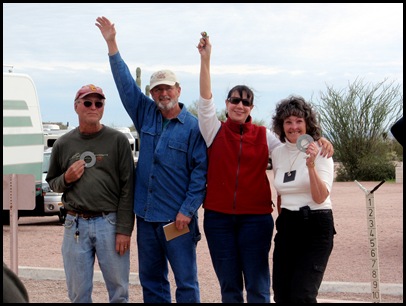 Tonight after dinner we sat around a big fire and enjoyed a beautiful evening under the full moon. Most of the group is heading out tomorrow but we are planning to stay for awhile. Jim’s dental problems may keep us in the Phoenix area for a few weeks. 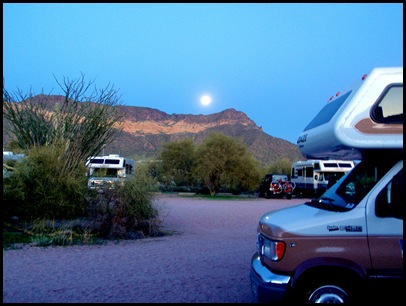