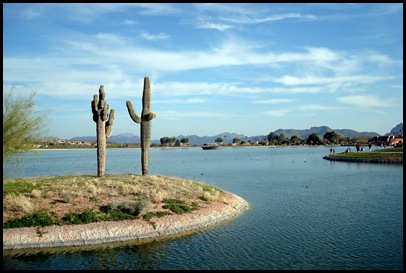 The pleasant community of Fountain Hills is located about 8 miles south of McDowell Mtn. Park.  They were having an early St. Patrick’s Day celebration on Saturday so we went to check it out and take a closer look at one of the world’s tallest fountains. It was built in 1970 by Robert McCullough, the same man who built the London Bridge in Lake Havasu City the following year. He obviously had way too much money! The fountain here held the Guiness World record for a decade but is now only the 4th tallest, at 560 feet. It is turned on every hour for 15 minutes, but they normally only run 2 of the 3 pumps so the water goes up about 300 feet. Still pretty impressive, and they colored it green for St. Pat’s Day. 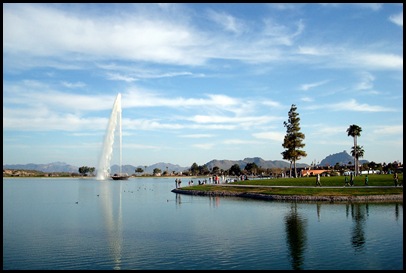 Think they went a bit overboard at one point. 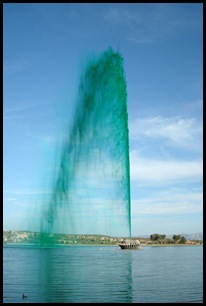 It was prettier as it started to fade. 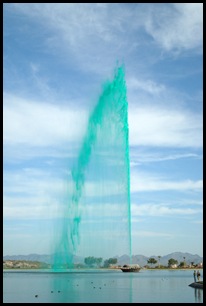 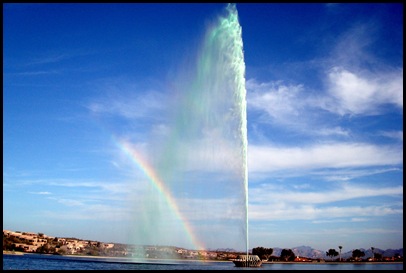 After all that excitement, we had to eat a gourmet pizza at Euro Pizza Cafe, which is right in the fountain park.

Jim had another dental appointment yesterday and got the final abutment on the implant, and they took the impression for the crown. Hopefully within the next 2 weeks he will be finished and can stay away from the dentist for awhile.