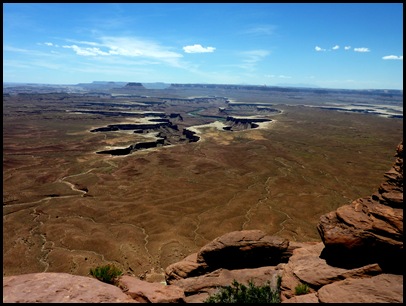 Yesterday we went back to Canyonlands in the car to drive the 17 miles of paved roads in the park and take a couple hikes. Our friends Don and Dorothy suggested a hike that’s on their bucket list, to False Kiva, so we decided to give it a try. This is a Puebloan Indian ruin, and is protected, so the trail is not on any maps of the park. Apparently the rangers have to give you directions if you ask, but our friends have a book with directions to it, so it really isn’t a  big secret. In fact, you have to park at another trail head, and 2 other cars pulled up around the same time and we all were heading to False Kiva. It worked out well since we sort of followed three guys down the trail, which helped us find our way.

We read it was about a mile and a half hike, and it started out easy enough, along a well used sandy trail. Then we started to descend down rock and stones, and it got pretty challenging. Luckily there were cairns most of the way, but it was hard to keep our footing on some of the steep parts. The views were great along the way, which distracted us from trying not to fall. 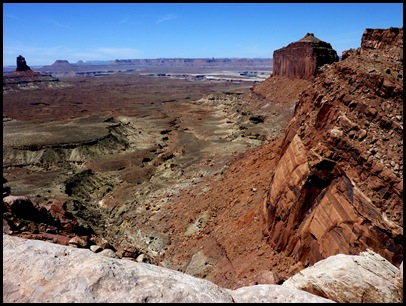 The trail then climbs up a fairly steep, slippery slope before you get to the kiva, and it is not visible until you get all the way to the top. I must admit there were a couple times I thought about turning back, but by that time we were so close I hated to give up. A kiva is a room used for religious rituals, but it is thought that this circle of rocks was probably just a dwelling, since there were remains of storage holes nearby. 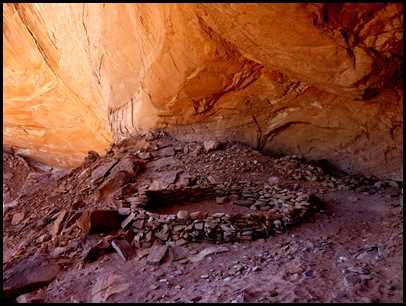 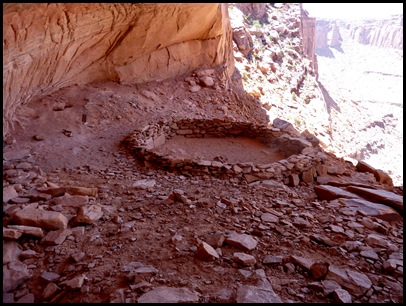 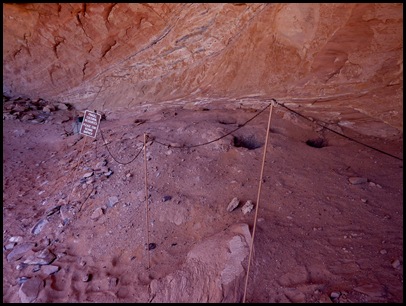 They had a lovely view from their house of stone. 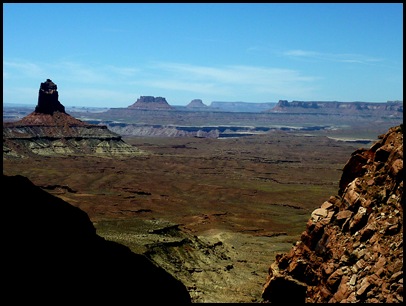 As we were making our way down just a short distance from the kiva, I looked up and spotted this bighorn sheep not too far in front of us. 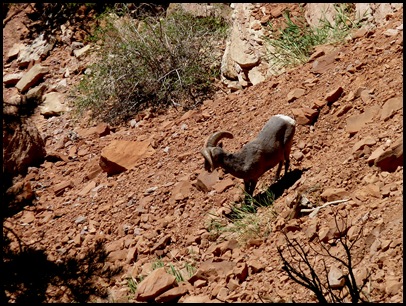 This is the first time we have seen one this close on a trail, and it was the highlight of our day. It was fascinating watching him walk on the rocky slopes and climb over rocks. We followed him quite a ways, and he didn’t seem too bothered by our presence, as he moved along from one shrub to the next. 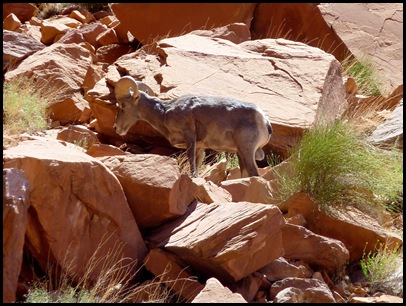 He was quite handsome! 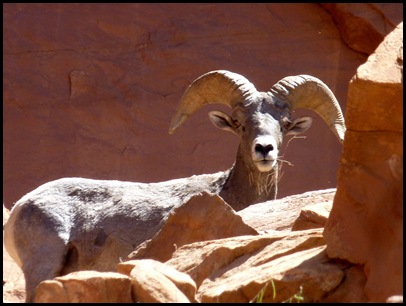 The hike back was much easier since we were climbing, so we felt more sure-footed. We’re glad we did it. We then continued driving and stopping at all the scenic overlooks. We did one more hike of almost two miles to the Upheaval Dome overlooks. It was more climbing, but all on slickrock, which is easier. This is a really interesting area because they are not sure how this was formed. Speculation is possibly a meteor hit here, or it could be a salt dome. No matter what caused this, it is incredible to look at. 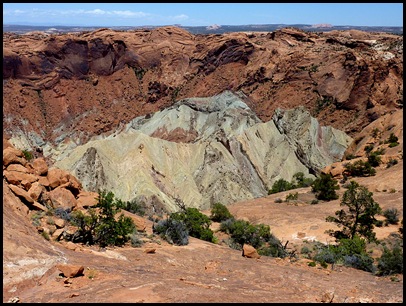 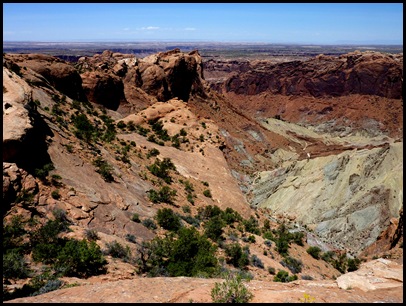 We then stopped at the Green River and White Rim overlooks. 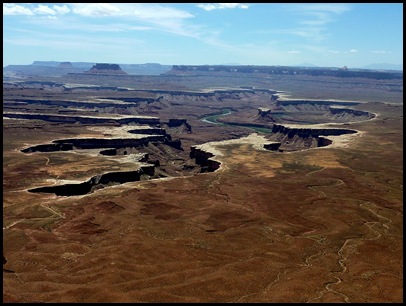 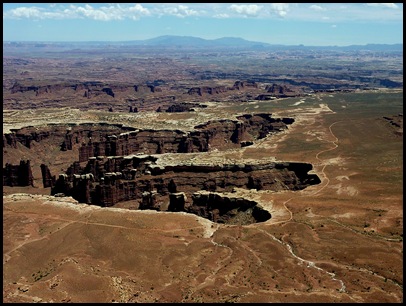 We really enjoyed the day, and although we were tired form hiking, we didn’t feel nearly as bad as we did after the Jeep ride!  Canyonlands is a great park, and because it is more remote, far less people go there than to Arches, which makes it even better.

Tomorrow we are leaving Moab to go to Colorado National Monument near Grand Junction. This will be our first time in Colorado other than when we flew to Denver to pick up the Lazy Daze.