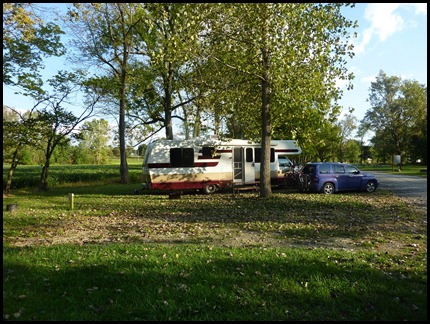 After a late start yesterday waiting on the rain to stop, we finally gave up, unhooked, dumped in the drizzle, and drove 180 miles to Riverbend Campground in Noblesville, IN. It’s sort of a strange campground on the bend of the White River, with a lot of seasonal rentals, but we got a nice water and electric site next to a soybean field for $22 a night, the best I could find near Indianapolis. 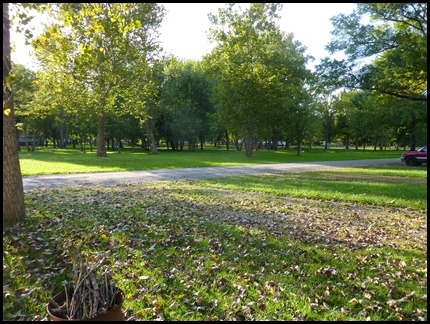 The few riverfront sites available were sandwiched in between other RVs, which wasn’t very appealing, but the river is pretty. 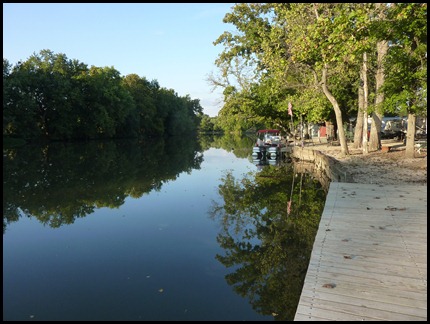 Today between rain showers we walked a few miles on the White River Greenway Trail, part of a 9 mile paved trail starting at Potter’s Bridge, a covered bridge built in 1871 and restored in 1937 and 1999. 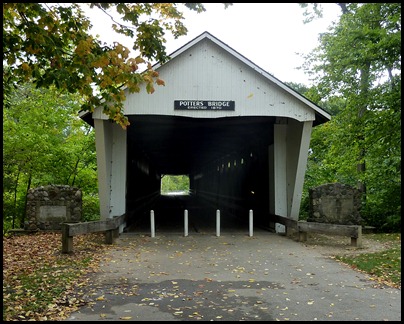 Some of the fall color looking through one of the windows in the bridge. 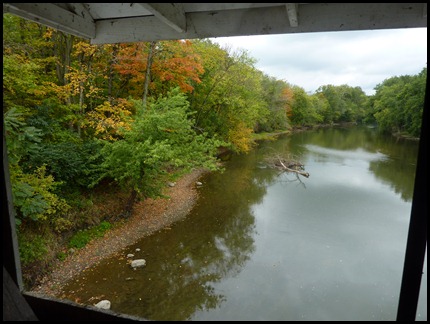 Later this afternoon we took a drive to Carmel, a suburb of Indianapolis just north of town. Our friend Doug, (ex-husband of Ellen, whom we visited in Bloomington last month), is an artist and had an exhibit at the Carmel International Arts Festival this weekend. 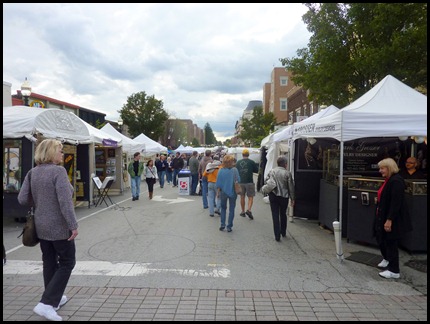 We had not seen Doug since he started his new career many years ago and were impressed with his work. He was pleased at the number of sales he made on the first day of the Festival. 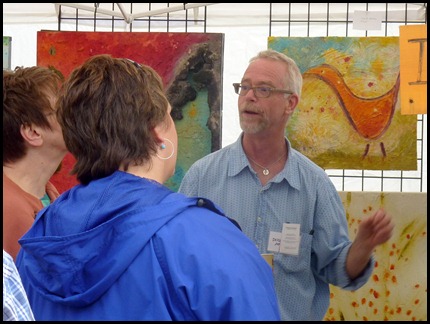 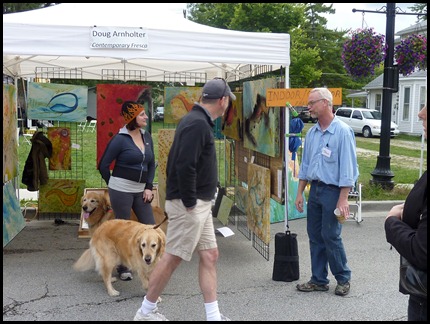 Much of his artwork is painted on mortar over wood, so can be displayed outdoors. 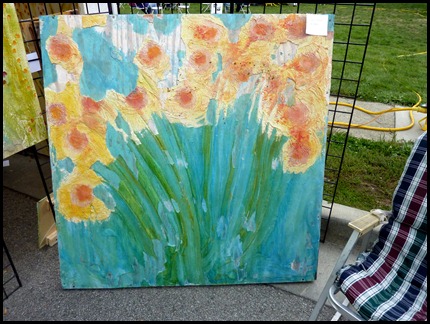 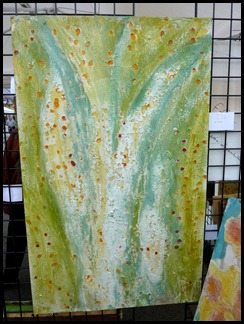 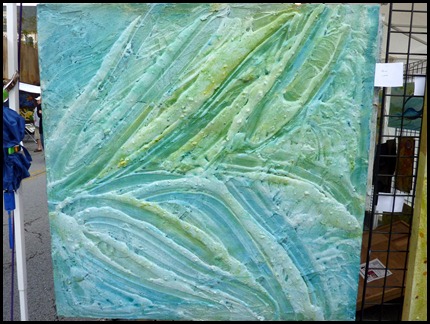 We really liked these 3D works that were actually burned. They look much better than the photos. 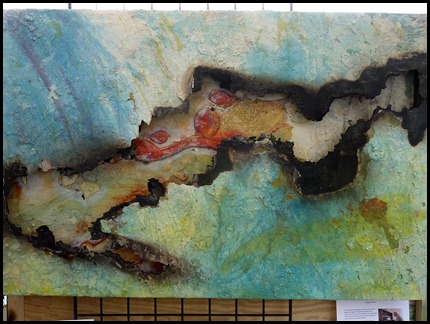 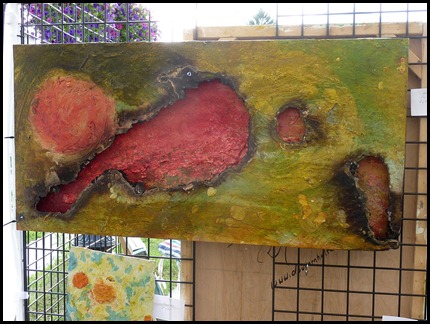 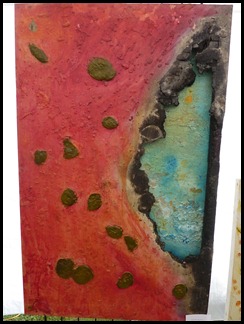 On the way home tonight we stopped at Trader Joe’s. I always buy too much but it could be a long time before we see another one.