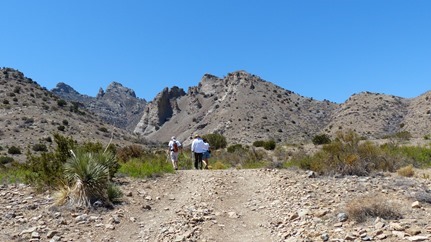 Rockhound State Park is nestled between the Florida (pronounced Flo-ree-da) Mountains, a rugged 12 mile range, and the Little Floridas, just 3 miles long. Now that we have the Subaru we decided to check out some hiking outside of the park on the surrounding BLM land, accompanied by Debbie and Jimbo. The dirt road to get to the mountains isn’t horrible, but we wouldn’t have wanted to drive it in our old car. 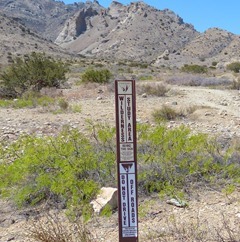 We hiked into Windmill Canyon on an old rough, rocky road that turns into a trail that will eventually get you to the summit of Florida Peak, at 7448’. We had no intentions of climbing to the peak, but hiked until we were tired, which was when the gradual climb took a steep upward turn.

There were lots of interesting rock formations and remnants of a former ranch. 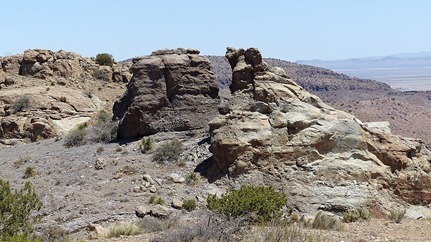 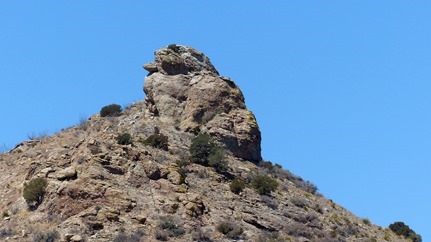 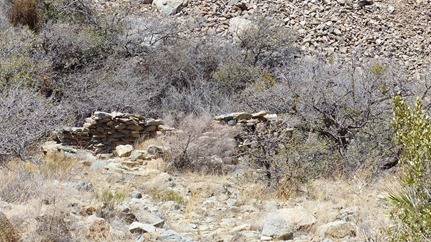 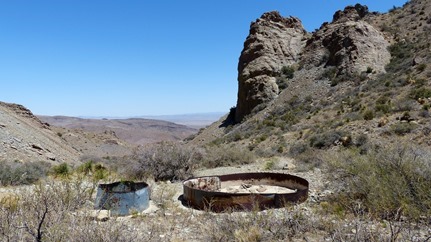 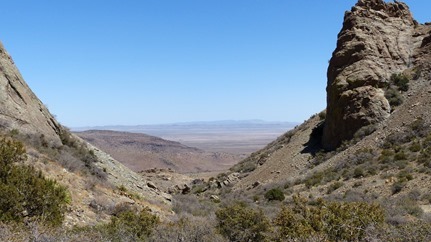 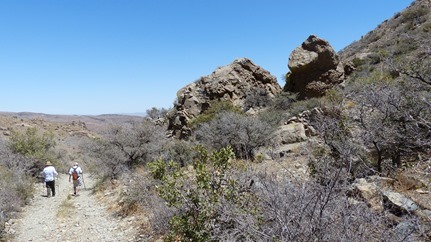 But it was windy, as usual. One minute it was on my head, the next it was in this tree. 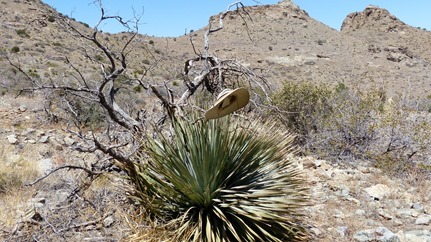 After our hike Jim wanted to drive up the road to the top of the Little Floridas, overlooking the campground. We were told we could probably make it in the Subaru, but as the single lane rocky road climbed, I got more and more nervous. We stopped to get out and assess the road, and saw several ATVs and a jeep coming down the hill toward us. Jim asked the first guy what the road was like, and he said he thought we could make it. When the next ATV passed a woman yelled out “Good luck!” That was enough to make us turn around, not an easy task on the narrow road.

Later that afternoon Jimbo decided to take his Suzuki Samarai up the same road, and he took Jim along for the ride. They made it to the top where all the cell towers are, and you can read about their experience on Jimbo’s Journeys. Here are a few photos from their ride. 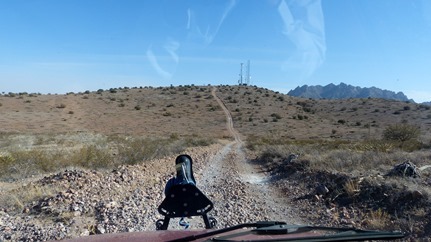 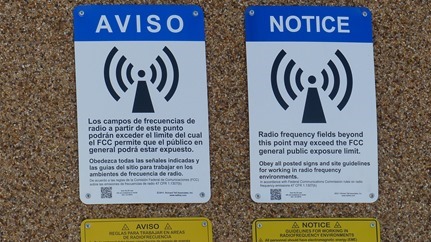 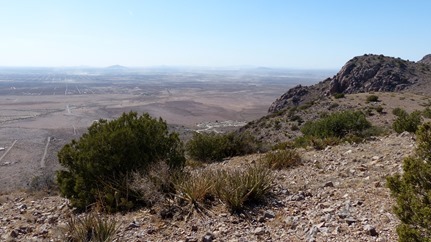 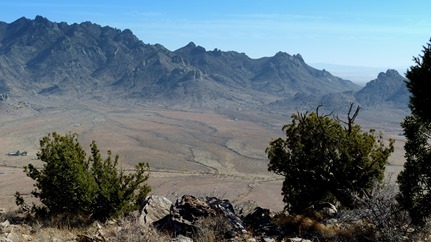 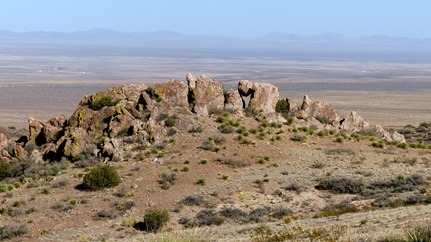 Yesterday we did another hike in the same area, but drove a few miles farther down the road. We came to more signs for a Wilderness Study Area, and decided to walk from there. 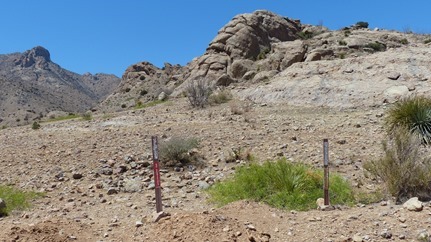 There appeared to be a very old road, but it had obviously been a long time since it was used based on the size of this cactus in the middle of the it. 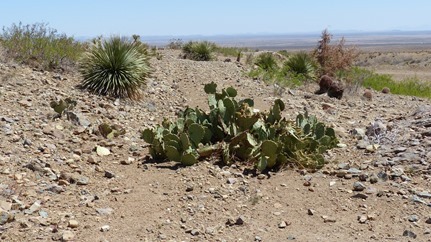 Not too far along we lost the trail, so we just walked where we could through a canyon. With these landmarks it was hard to get lost. 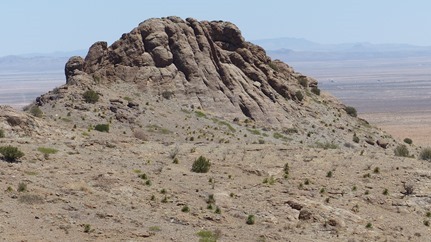 We named this Elephant Rock. 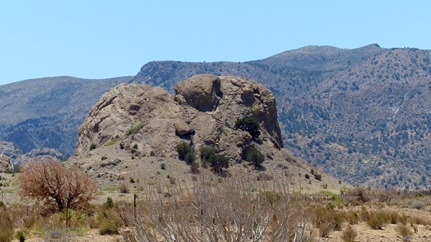 Being so dry there isn’t much in bloom around here, so it was nice to see a few spots of color. 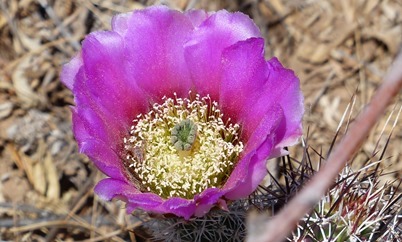 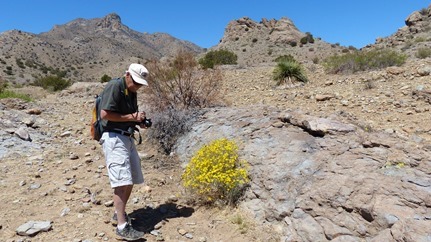 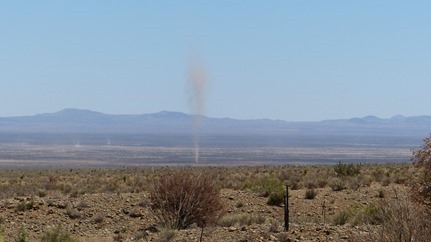 It was a fun week, although we did have to postpone our brewpub outing a day due to the wind. We also had happy hour with Jimbo, Barbara, and Debbie, along with their pups. 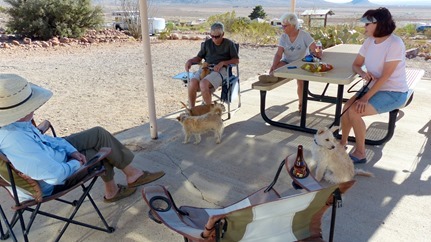 I almost kidnapped Chica before Jim left today. She is just the sweetest dog ever! 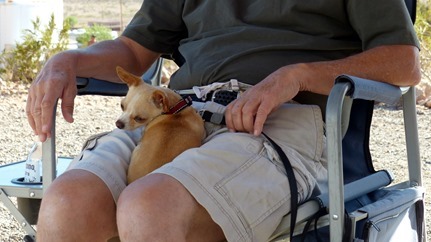 We tried to get him to trade Chica for a couple of cats, but he wouldn’t go for it. And they’re even learning to walk on leashes! 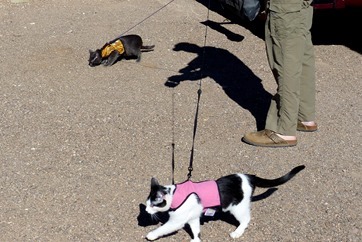 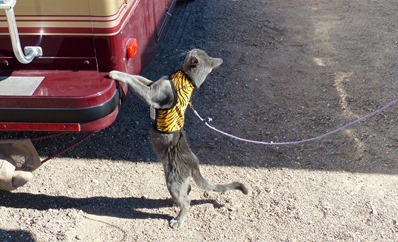