South of the Border Again 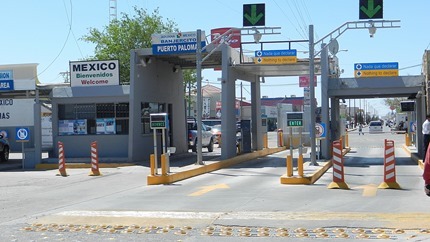 After learning from Jimbo that he could get progressive lenses in his sunglasses in Palomas, Mexico in a couple hours time, Jim decided we needed to make a trip down there. Hey, it’s been a whole month since we last went to Progresso, Mexico, and we are only 30 miles from the border, so why not. They have changed the border crossing since we last visited Palomas, and being such a small town it is nothing like going to Progresso. This is the first border town we ever visited, and we were remembering how nervous we were the first time. After at least a dozen border crossings over the past 4 years, it feels as safe as walking into Wal Mart.

The optical shop near the Pink Store where Jim got his sunglasses a couple years ago was very crowded and difficult to get waited on. So we walked down the street and found two other shops. There was nobody in the second one, and they said the lenses would be ready in a couple hours. We wandered the streets, ate lunch in the Pink Store restaurant, Jim had a margarita, then proceeded to buy another cowboy hat! He likes the first one so much he wanted a different style. Still hasn’t bought the boots to go with them, though.

This is the one thing in Mexico that still takes some getting used to. I must confess, but even though this sign was right in front of my face, I forgot. Old habits die hard, as they say.

Jim got the call from the Mayo Clinic the other day, and they set him up to see a hematologist on June 4. So we are planning to spend a few weeks in Silver City, NM, then work our way to Scottsdale, AZ. June isn’t exactly the optimal time to be going there, but if he needs to go back for follow up, we will just spend some time in the higher elevations to the north.

Now I’m happy I was unable to get those reservations in Yosemite for May, as we would have had to cancel them anyway. There’s always next year. 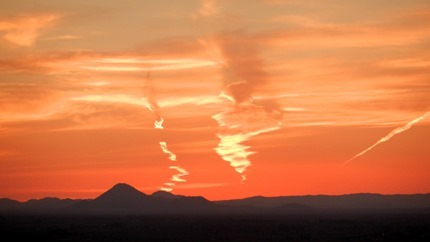 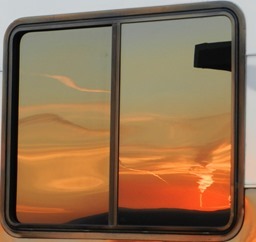