We are back at Leasburg Dam State Park just north of Las Cruces, NM after three long days of driving, something we almost never do. Sunday was a 360 mile drive to Seminole Canyon State Park near Comstock, TX, along the Rio Grande. 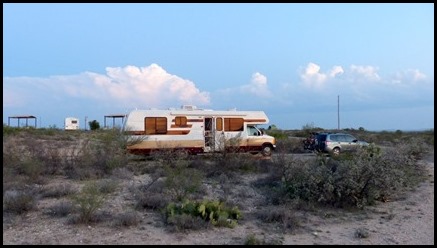 We decided to drive along the border since it was the shortest route, and there were some thunderstorms predicted for the Hill Country, the way we originally intended to go. After 5 months in Texas with nothing more than a few drizzles, we didn’t want a repeat of the hail storm we endured in Fredericksburg last March after we left Mission.

We spent a few days in Seminole Canyon in December 2008 on our first trip across Texas. Neither of us had any recollection of the place other than that was where we saw our first “rock art”. 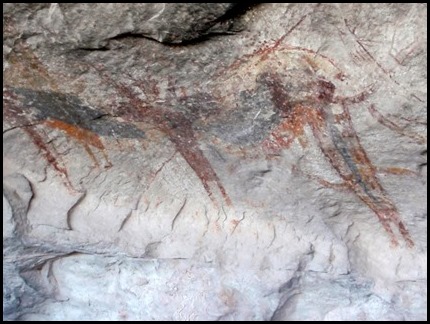 Hiking is not permitted in the canyon unless you take a guided tour, which we did the first time. Too much risk of vandalism. But there is a 6 mile canyon rim trail for hiking and mountain biking. We walked a portion of it when it cooled down Sunday evening, and a couple more miles before we left Monday. We are much happier being back in the wide open desert. 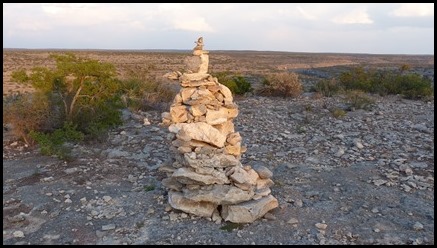 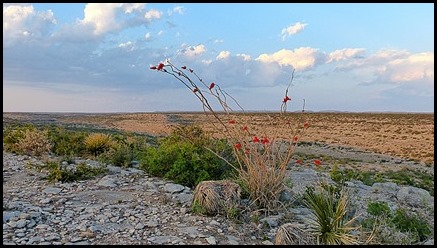 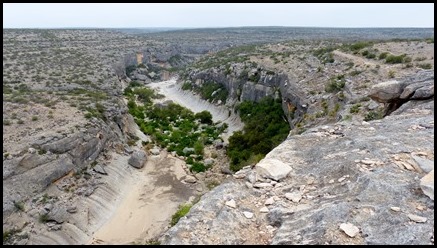 We even saw a family of javelinas. 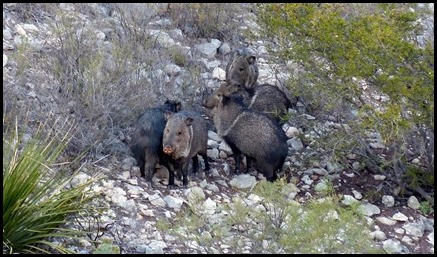 The campground was nearly full with a large group of cyclists with Coast-to-Coast, a group ride from San Diego, CA  to St. Augustine, FL. We spoke with a couple riders and they were on day 24 of their 52 day trip. I researched the trip and the cost is around $8,000 per person, a lot of money to ride a bike across country!

We didn’t leave until noon, since we only planned to drive 180 miles on Monday. On our way down to Big Bend in October we spent a night at the Marfa Viewing Lights visitor center parking lot. It was a good place for another stopover. We just barely escaped this thunderstorm. 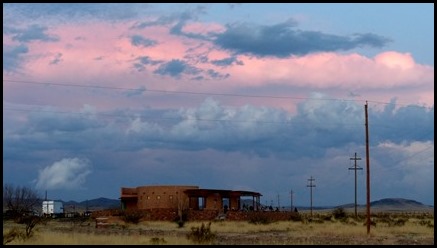 Yesterday we finally got out of Texas, after 260 more miles of driving and will be spending a week or so at Leasburg Dam State Park just north of Las Cruces, a familiar stopping point for us. By the way, the cats don’t like our moving house, but did a bit better yesterday. They will just have to adapt.