After a slow but lovely 80 mile drive crossing two mountain passes, we decided to spend the night at Kettle Creek, one of the many campgrounds in the Lake Roosevelt National Recreation Area. 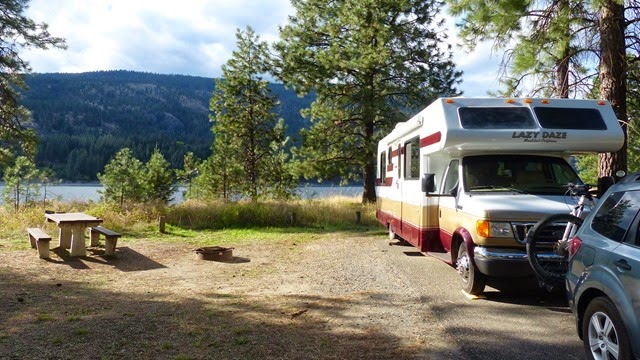 The 130 mile lake on the Columbia River was formed by the Grand Coulee Dam in 1942. Labor Day is a great day to arrive at a campground, as we had our pick of lakefront property. $5/night with the senior pass. No hookups, flush toilets, trash and recycling, dump and RV water fill station. 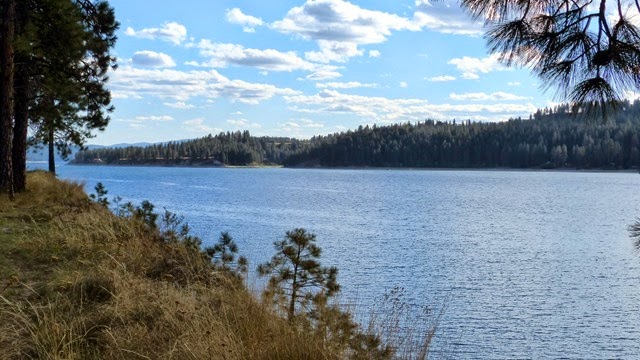 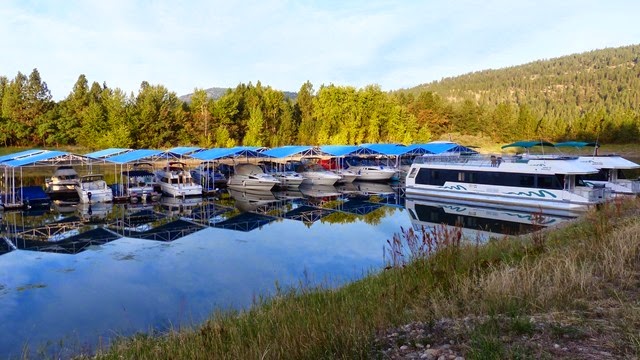 After settling in Jim decided to replace the breakaway switch on the car, which he had been carrying around for months, since he still wasn’t convinced it was working properly even after cleaning the old one. What he thought would be a 15 minute job turned into nearly two hours, with a broken off screw and problems splicing the wires. The new one is now in place and functioning but it was a frustrating experience. In hindsight he should have just let the RV repair shop do that job tomorrow also, but he thought it would be simple. I have to give Jim credit, though. He may not be the greatest do-it-yourselfer but he gives it his best shot. Unfortunately I’m the one who has to listen to all the foul language that spews from his mouth!

Today we move on to Cabela’s in Post Falls, ID.