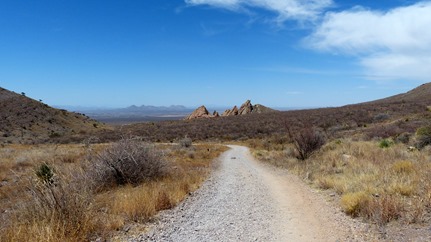 There are miles of hiking trails surrounding Las Cruces, some easy and level through the desert, and others that climb over mountains. Having spent five months at sea level without doing any real hiking, we are easing into it slowly.

A few days ago we drove 10 miles east of town to Dripping Springs Natural Area, a popular BLM day use area at the base of the Organ Mountains that we’ve been to before. This time we wanted to take the trail to the actual spring, a 3 mile round trip hike. Due to a rescue taking place on the mountain, we had to park at the picnic area, which turned it into a 5 mile hike.  A guy with MS hiking alone got off the trail, got lost, then fell about 20 ft. He was able to call for help on his cell phone but was not rescued until the next day. I have a feeling he had a pretty unpleasant night, as it gets a bit cool at 6,000 feet.

Back in the 1870s, a man named Eugene Van Patten built Van Patten's Mountain Camp in the Organ Mountains. The name was later changed to the Dripping Springs Hotel. Guests had to take a 17 mile stagecoach ride from Las Cruces. History has it that Pat Garret and Pancho Villa actually stayed there and there are still some structures along the trail. This is part of the livery. 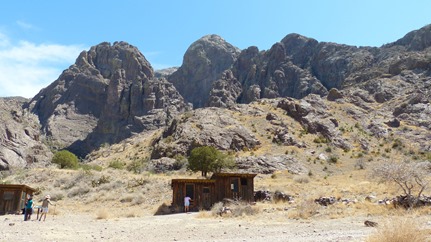 Remains of the old hotel. 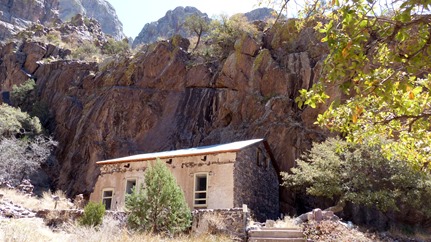 After Van Patten went bankrupt in 1917, the resort was sold to Dr. Nathan Boyd, a physician from San Francisco. He was married to a woman with TB, so he turned the hotel into a tuberculosis sanatorium, adding several other structures.

The Dripping Springs. After a rain or snowfall, there is actually a waterfall here. The day we hiked there was barely a trickle of water. 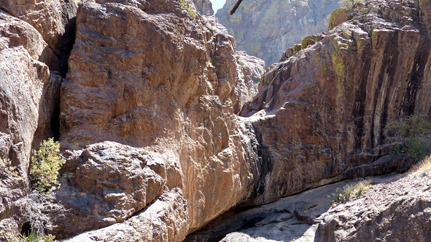 On our way back to the car, Jim wanted to see if we could take a shortcut, so we started hiking off trail. I kept thinking about the man who had just been rescued, but as Jim kept saying, we could see the parking area so there was no way we could get lost. And he was right. We also got to see a few mule deer. 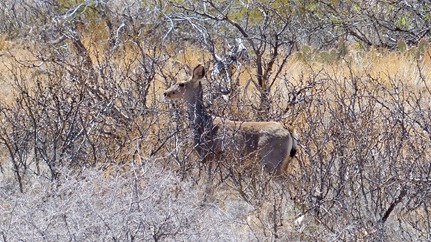 Yesterday we hiked a 4 mile loop at Soledad Canyon, another BLM day use area along the base of the Organ Mountains, but south of Dripping Springs.  While other parts of the country had snow, we had strong winds and blowing dust that kept us inside for a couple days, but the front brought much cooler temperatures yesterday and it was only in the upper 50s, perfect hiking weather.

This was a former ranch, but all that is left standing is this windmill and what’s left of a small house. This windmill was made by Aermotor who sold their first one in 1888 and is still in business today. 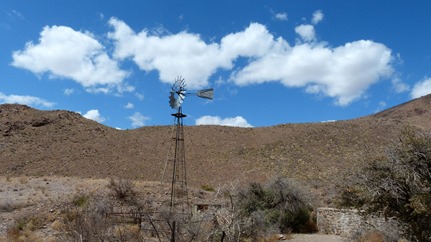 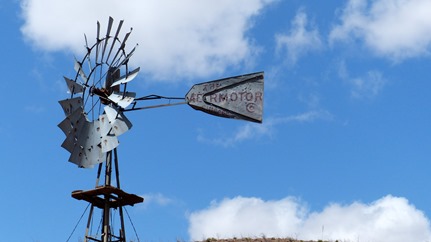 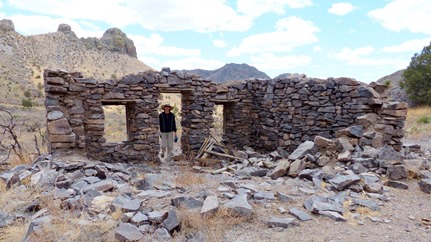 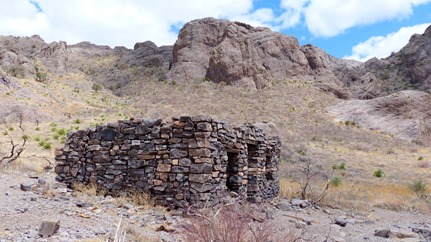 We wondered how they got water, and then found a spring while exploring a side trail. 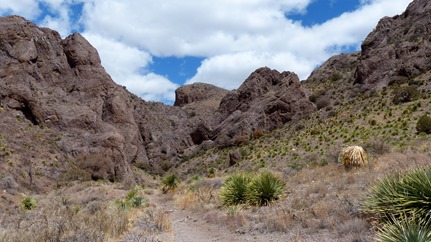 Considering the proximity to Las Cruces, we were surprised that we were the only ones on the trail, although we did see a fox running through the brush. It’s a really nice hike, and would highly recommend it if you’re in the area. 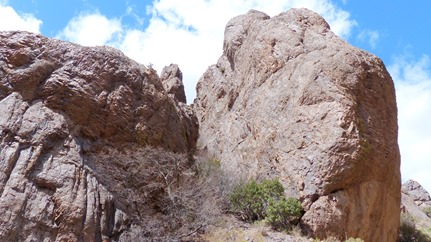 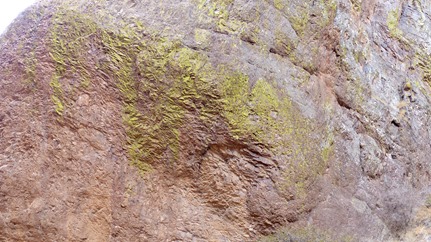 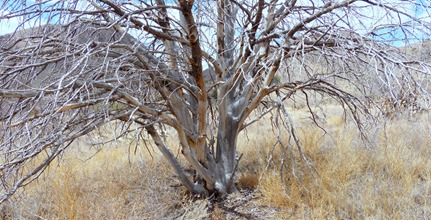 One last picture of Sophie, taken of course by Jim, who would rather photograph than discipline our kittens. If only she were using it for it’s intended purpose. 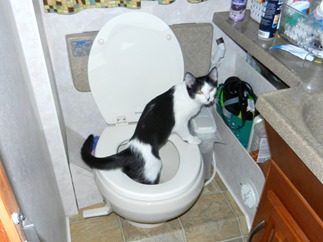