A “Tail” With a Happy Ending

Shortly after arriving at Zion River RV Resort at the beginning of the month we spotted a couple of cats wandering around the park. One in particular was extremely friendly, and we initially thought he must belong to someone staying there. Found out he was a stray but a few of the campers were feeding him. We put out food and water and soon he became our best bud. Well, Jim’s anyway. I was keeping my distance because I know how we are with cats. Suckers! 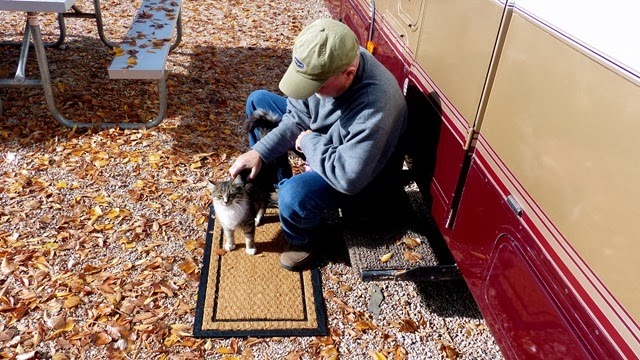 Jim really wanted to adopt him, and kept working on me to agree. As it is, the two cats we have are two too many in our small RV. No way was I taking in a third one! 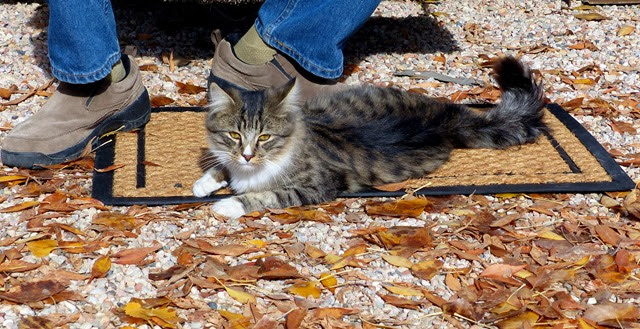 I checked with a no-kill shelter in St. George, and we were thinking of taking him there if we didn’t find anyone at the park to adopt him before we leave. It’s getting into the 30s at night, and we just can’t bear the thought of him out there in the cold. It’s rare to find a cat with such a sweet and loving personality. Maybe he’s learned that being that way gets him food, but we think he’s just one of those unique kitties that loves being around people. 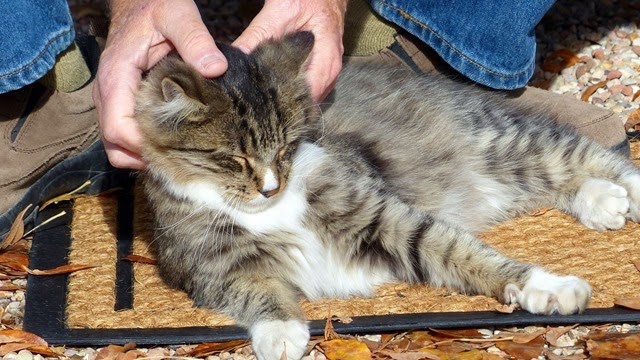 Sunday morning Debbie and I went to pick up some groceries and on the way home we were discussing “Benny” (Debbie named him). She said it would be nice if a family with a child would decide to take him home. I laughed and said, yes, and one who’s cat died recently and is looking for another. What are the chances of that happening? 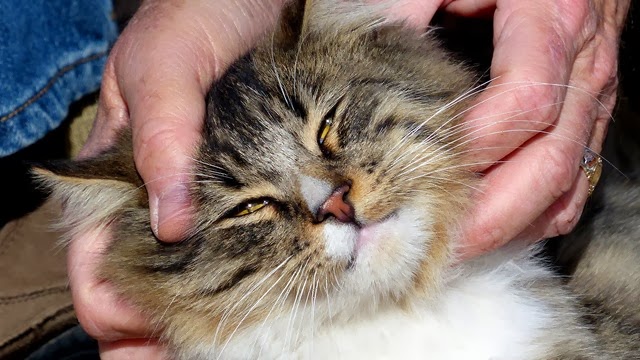 As we pulled in the driveway Jim came out and said he found Benny a home. A class A had come in the night before with a couple and their six year old daughter. The little girl’s cat had died just a few months ago and mom said it had been really hard on her. Endearing little Benny introduced himself to her and it was love at first sight. They have decided to take him back to San Diego with them, so we contributed food, a few toys, and a cat bed. 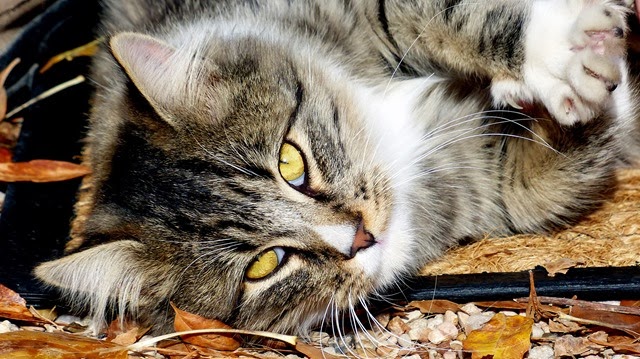 The little girl asked her mom if they could keep him until he dies, and she said of course! It made our day. He has a new name, “Z” (for Zion). We hope they live happily ever after. 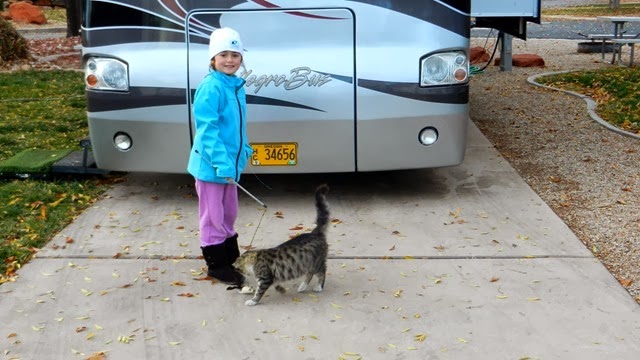 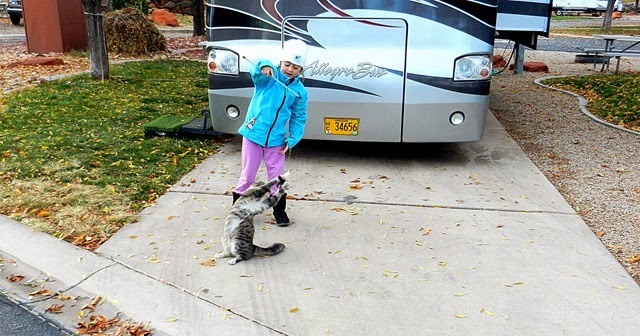