The Best For Last

Switchbacks on the trail to Angel’s Landing, ZIon National Park. 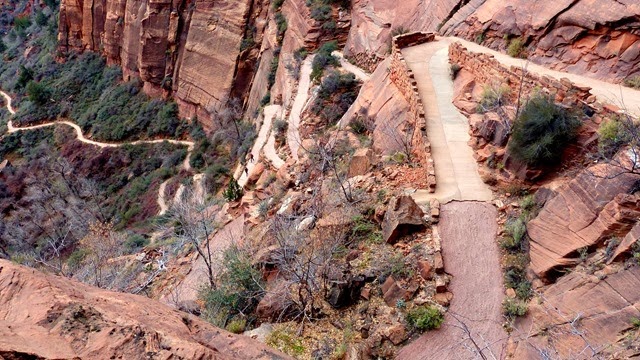 We wanted to do one more hike in Zion, and had planned to do this one with John and Susan while they were here, but the weather drove them away and they never even made it into the national park. On our first visit to Zion in May 2009 we did the trek to Angels Landing. Looking back I wonder how I ever made it to the top, and we don’t intend to do it again. But if you climb the steep, mostly paved trail not quite two miles, just before getting to the challenging part with chains, the trail forks left to the West Rim Trail, where we had never been.

Angels Landing straight ahead. We continued up more switchbacks along the West Rim. 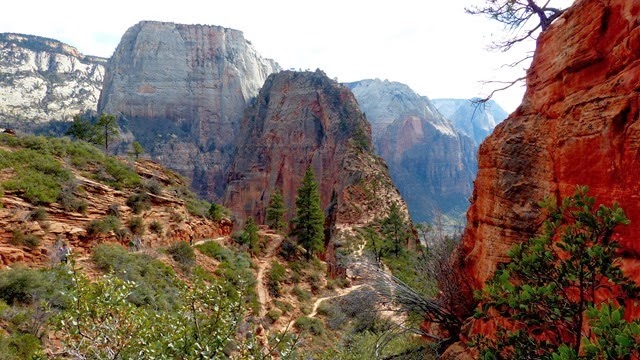 This turned out to be a great hike even though we did almost 2,000 feet of climbing in about four miles. We stopped so many times on the way up to take pictures and take in the views, it didn’t seem so bad.

We had a good view of Angels Landing and saw quite a few people making their way up. 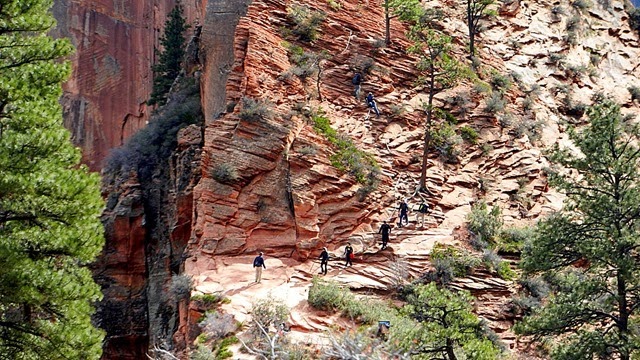 Always a crowd at the top of Angels Landing. 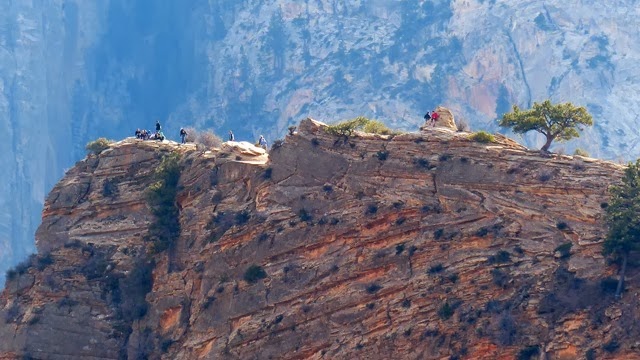 The West Rim trail offers just as good views as it makes its way up to the canyon rim and we were treated to a variety of rock colors. 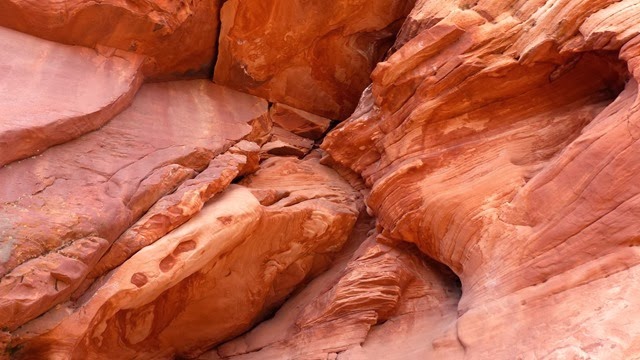 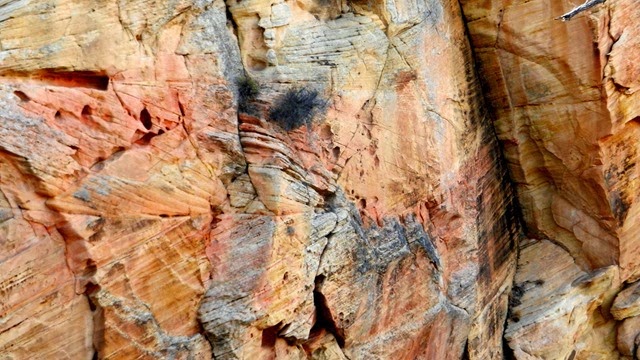 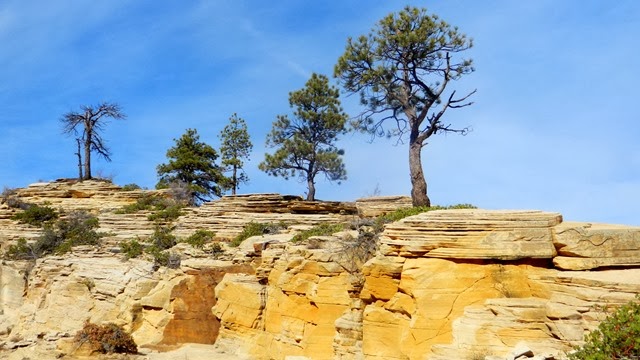 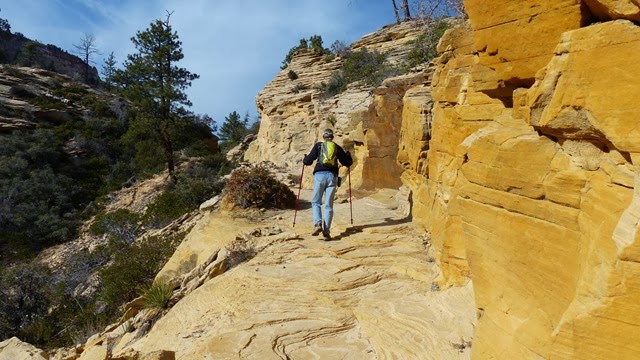 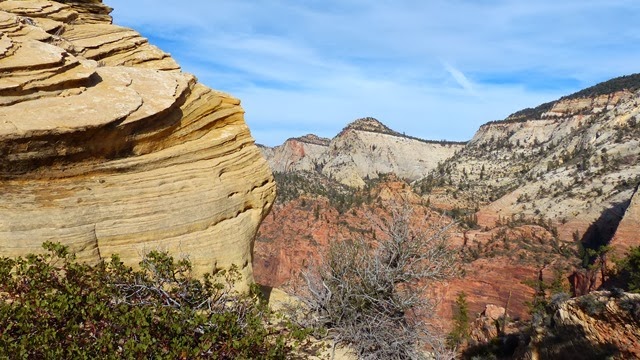 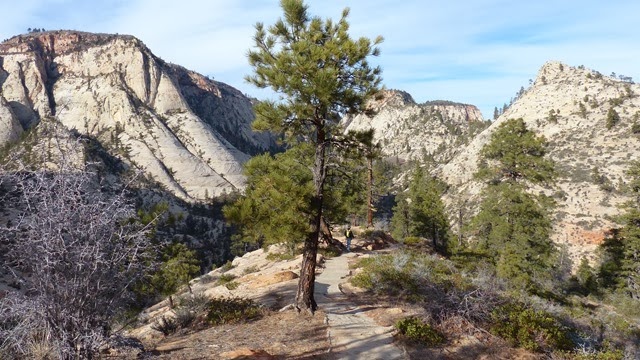 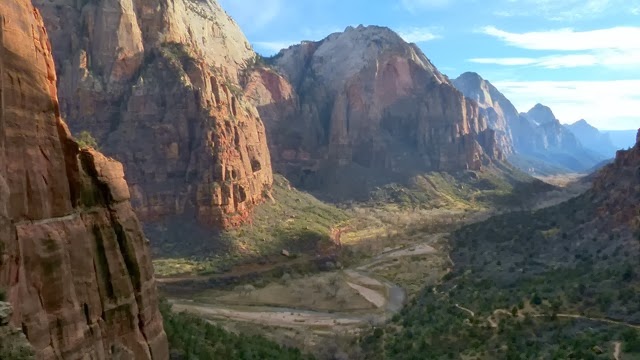 The West Rim trail is actually 16 miles long and connects the main canyon to Lava Point, the highest point in ZIon, which can be accessed off Kolob Terrace Rd. We would have liked to go farther but it was late afternoon and getting very cold as the sun went behind the rock walls. On our way down we met up with a hiker we had spoken with briefly on the way up before he turned off and went up Angels Landing. He was nice guy in his late 20s who works for an LA hedge fund. We talked the whole way, which made the hike back down seem very short. We seem to meet the nicest people on trails.

And yes, Zion is still our favorite national park. We’ll be back. 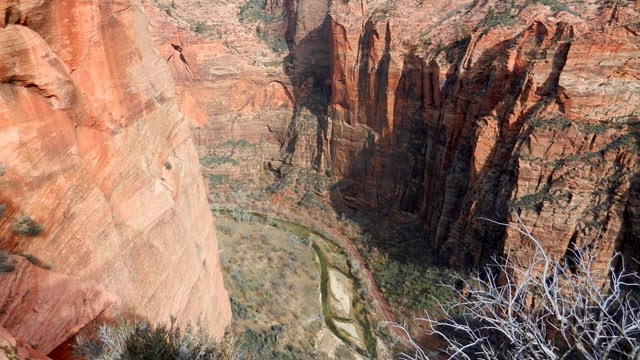