Waiting in line to board. 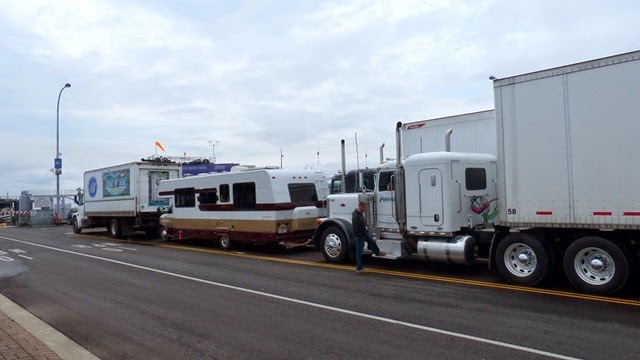 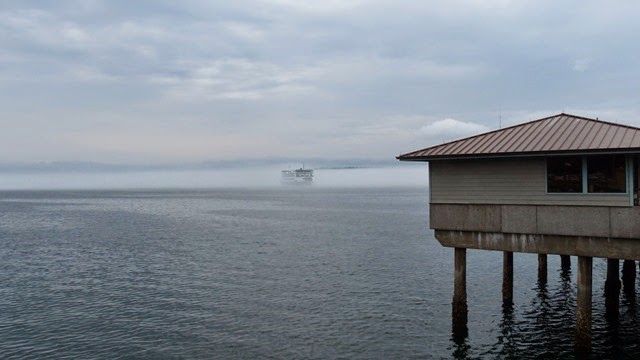 Unloading as we wait to board. 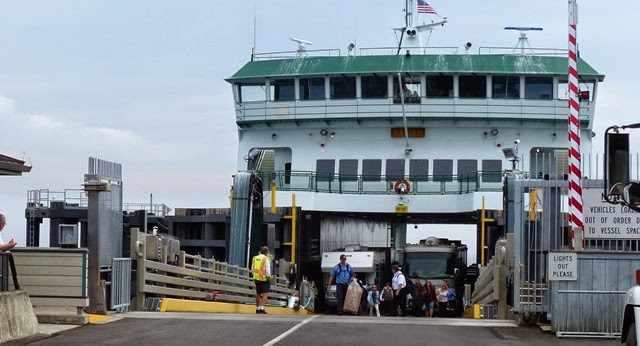 This is the third time we’ve taken the RV on a ferry so it was no big deal. The tight fit does make for a bit of anxiety, though the employees are expert in making every inch count. 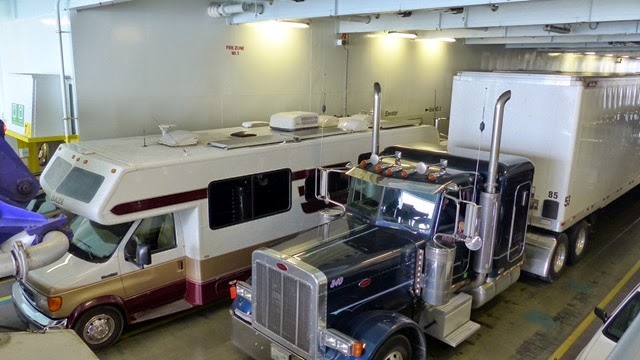 We had mail to pick up at the Port Townsend Post Office before we left. It’s definitely the nicest post office we’ve ever seen, and is also the Court and Customs House.

From the web: “In addition to being the first federally constructed post office built in the state of Washington, the building is also the only example in the state of the federal government’s use of the Richardsonian Romanesque style of architecture.” 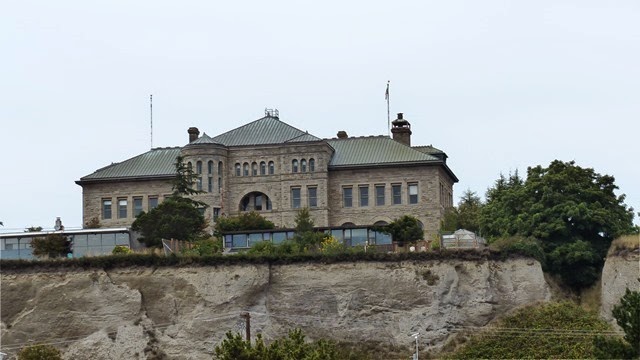 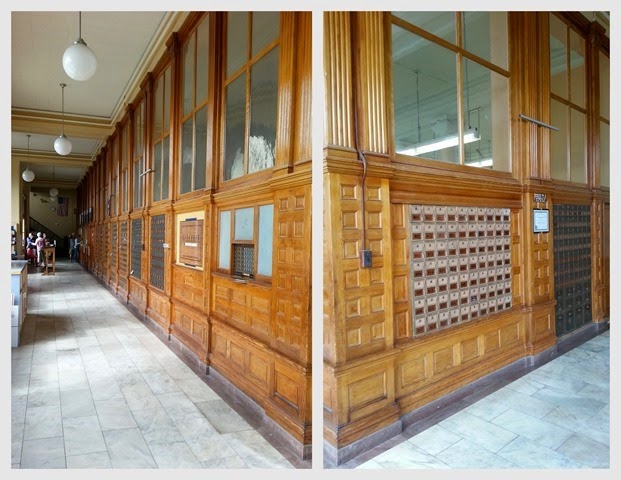 We couldn’t see much for the fog on our ferry ride, but it was fun wandering around while en route. 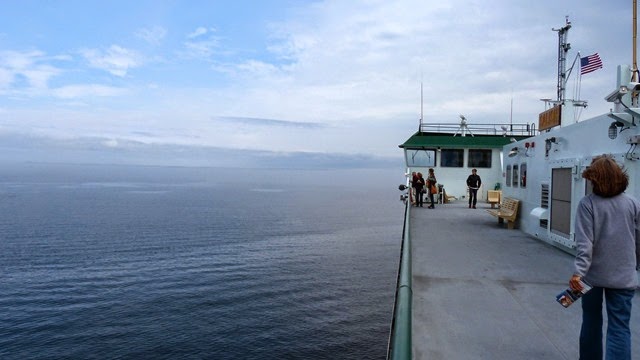 We disembarked the ferry at Coupeville on the very scenic and rural Whidbey Island. We needed a few things from Walmart in Oak Harbor, so we stopped to shop and decided to spend the night. We are a bit gun shy about Walmart parking after getting our bikes stolen at the last one we stayed at in California, but they were locked well, covered, and we backed the Subaru up as close to the Lazy Daze as we could to make it really difficult for anyone to access them.

After doing a little shopping we drove back south about 9 miles to take a hike at Ebey’s Landing National Historic Reserve (named after the first permanent white settler on the island), at the gateway to Puget Sound. What a beautiful area, and we had a nice 4 mile hike along the bluff trail. 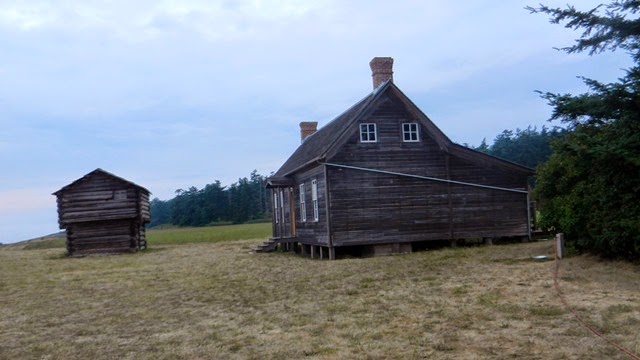 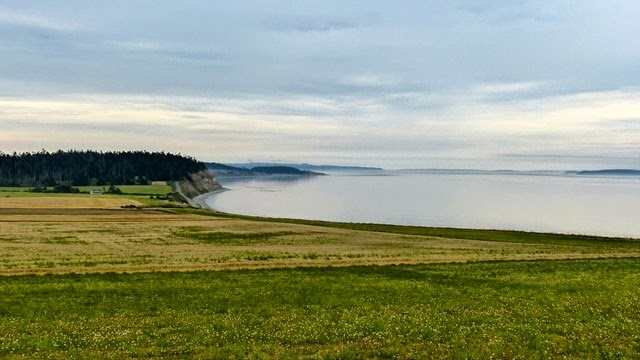 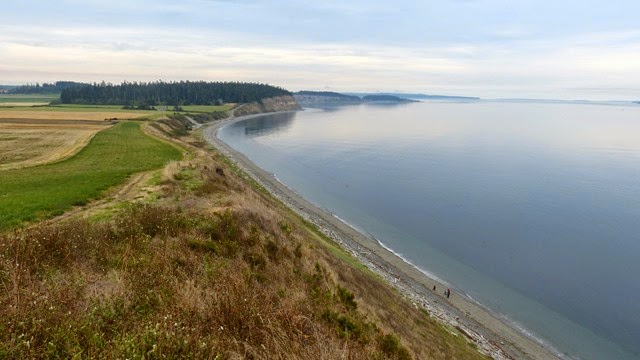 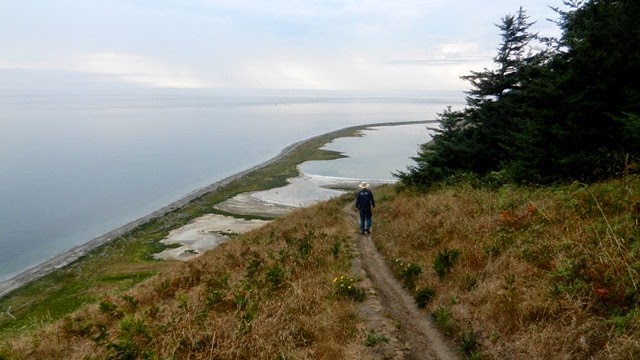 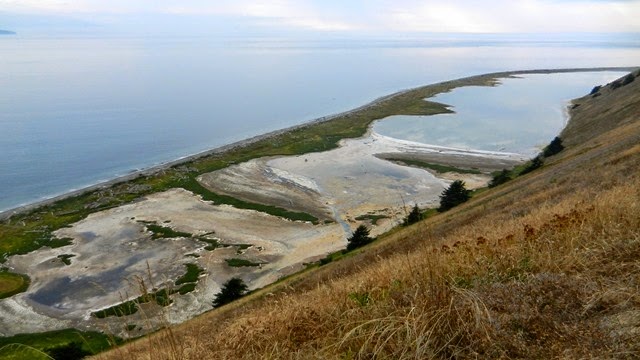 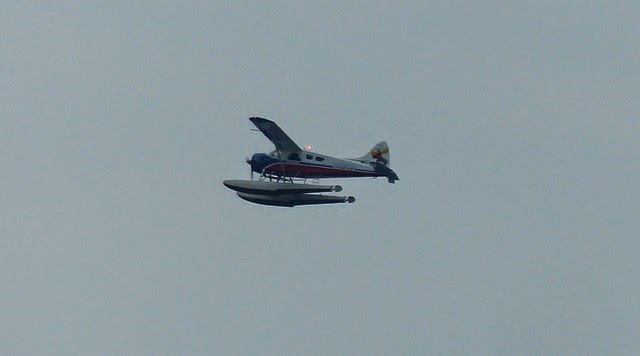 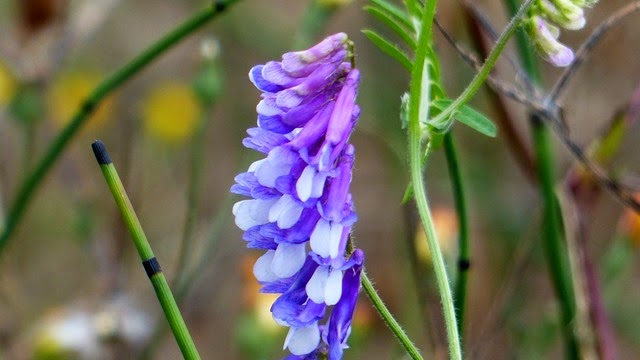 It was a beautiful evening for a hike, and we were surprised when we got “home” to Walmart and it was raining. 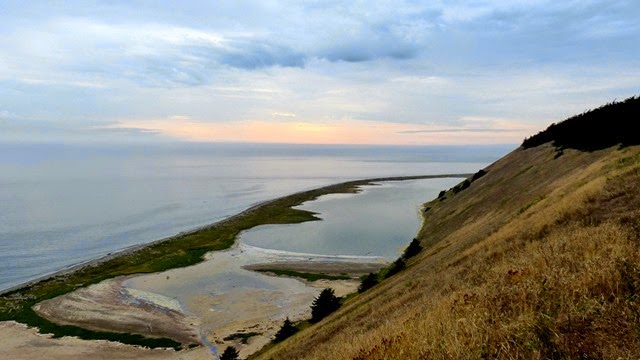 We managed to get a good nights sleep with the help of a little pill, and woke up with everything in order. Today we move 19 miles north to Anacortes and another island.