More of the Olympic Coast

On Friday most of our group decided to take a nearly 70 mile day trip north to Neah Bay and Cape Flattery. Not being in the mood for that much riding in a car, we opted to check out the trails to Olympic National Park’s Second and Third Beaches, just 7 miles south near La Push.

There is a lovely 0.7 mile trail to Second Beach and we started with clear blue skies. 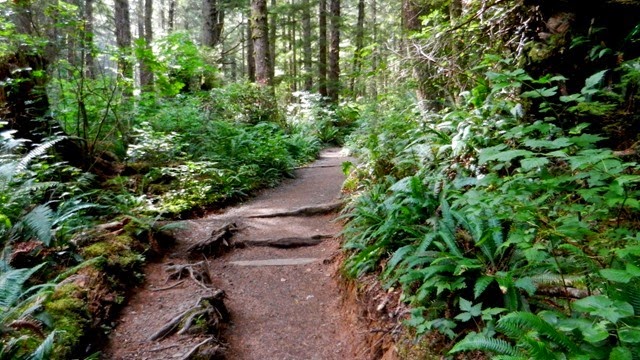 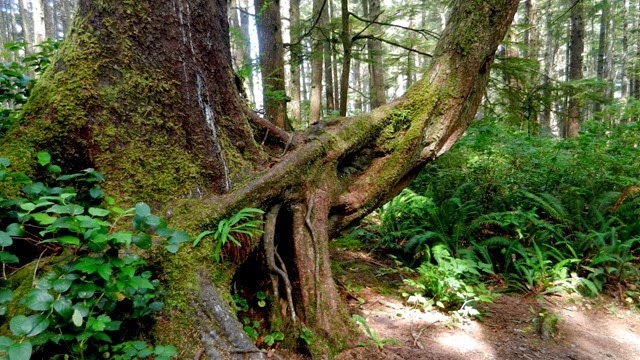 As we neared the beach we saw the fog rolling in. From what little we could see we knew we had to come back on a clear day. 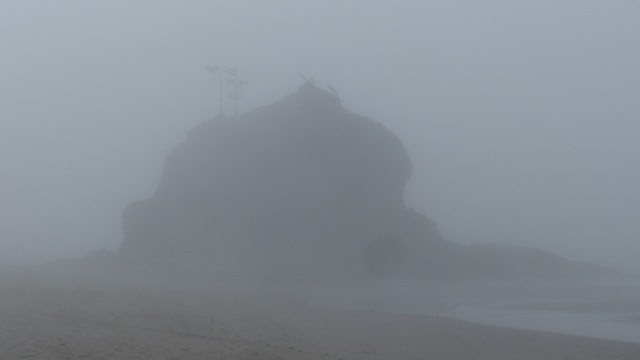 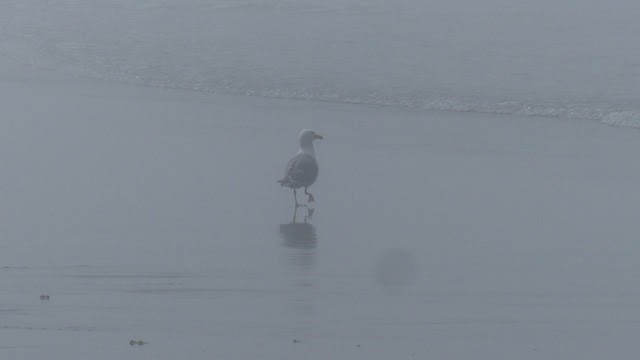 We had a very brief moment when we thought it would clear up, but no such luck. You are allowed to camp on the beach here. Those are tents on the lower right. 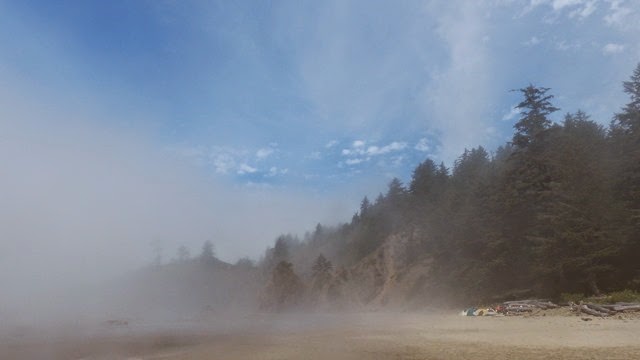 This guy was wearing a kilt and carrying a big stick of driftwood. Wonder what that was all about. 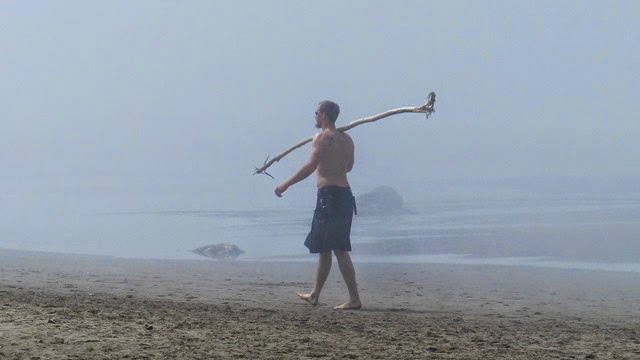 Since it was low tide we did walk the beach and look at some tide pools but the cool dampness got to us so we decided to head back and check out the trail to Third Beach. 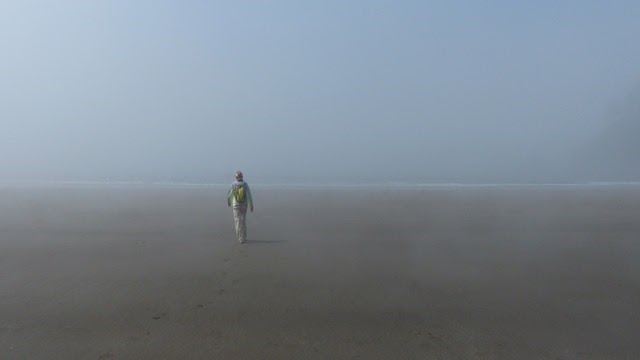 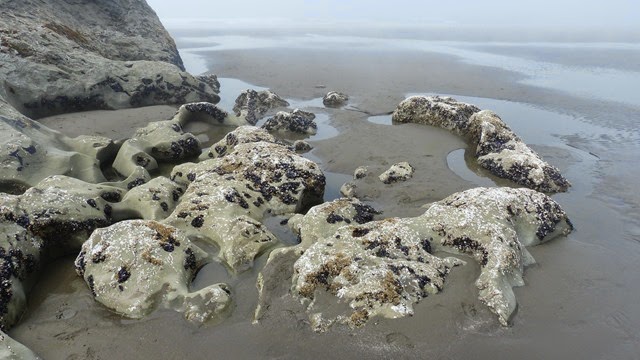 This trail is 1.3 miles, and we encountered quite a few backpackers on their way to and from a night on the beach. 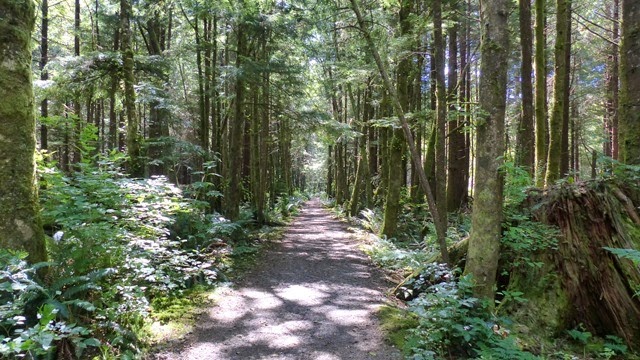 Our hope was that the fog would be gone in the time it took us to walk the trail, but it was even worse there. We could see nothing more than a few feet ahead of us so we just headed back to the car.

Yesterday was more blue skies at the campground, so at low tide we went back to Second Beach. Again by the time we got down the trail the fog had arrived. Chuck and Carla got there a few minutes before us and said it was beautiful when they first walked out on the beach. Oh well, it wasn’t quite as thick as the day before so we went exploring. 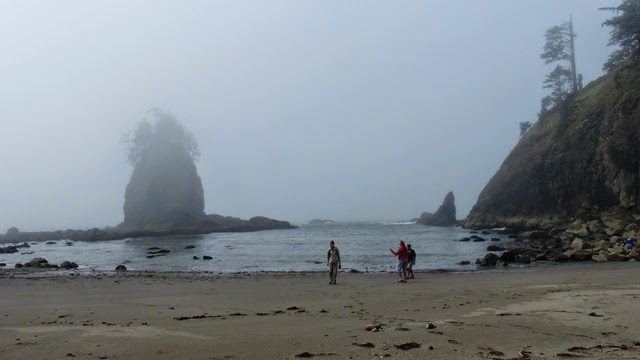 We discovered another hole in the wall similar to what we saw at Rialto Beach. 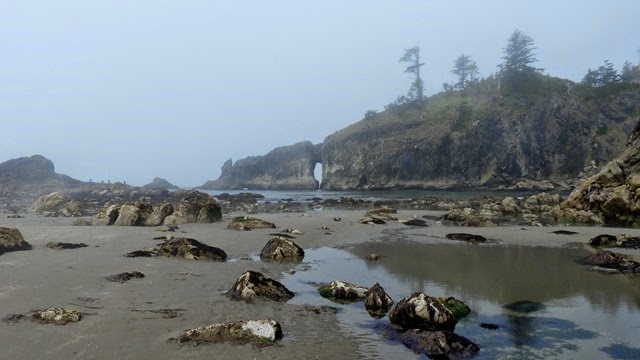 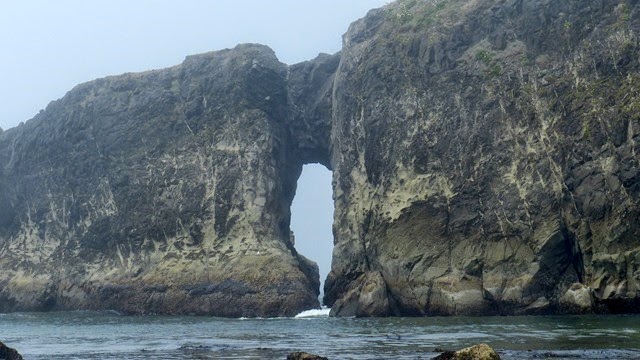 And found lots of interesting sea creatures in the tide pools. 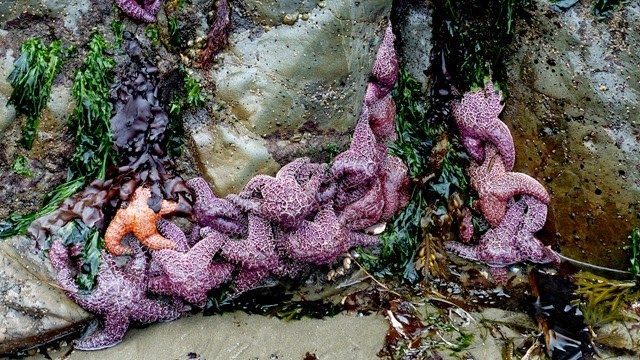 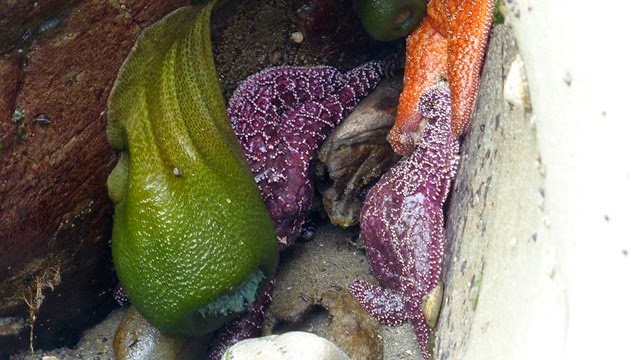 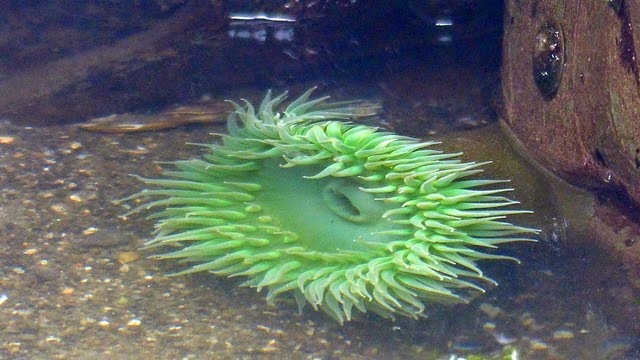 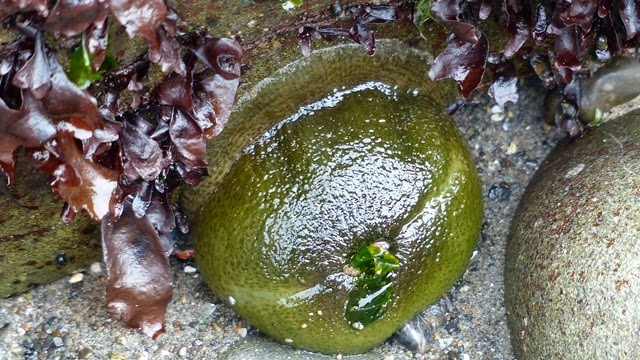 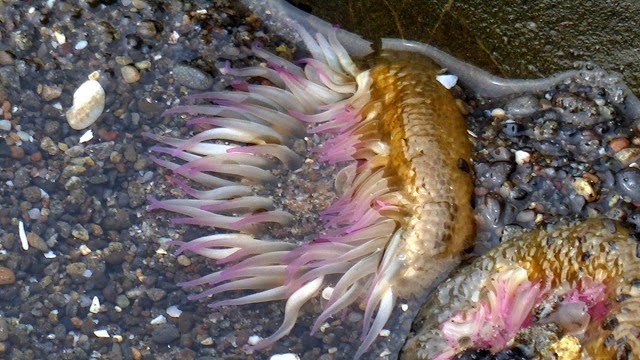 Last evening we had a group happy hour, which turned into a fun four hour laugh-in. I’m sure our neighbors in tents were happy to see us go inside our rigs at nine. 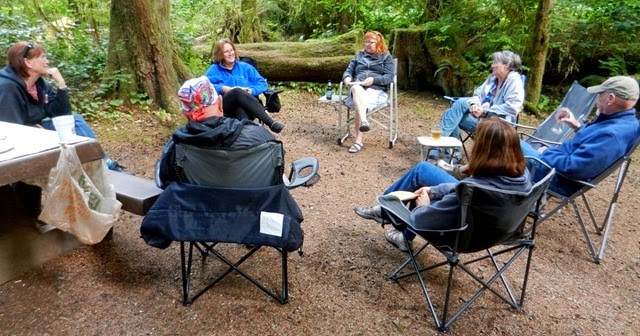 Today most of us are leaving in search of some daylight. We don’t yet know where we’ll end up tonight but we plan to all meet up again soon. Olympic is a huge park and there are many more areas to explore. Since we don’t know if we’ll ever come here again we’d like to see as much as possible this time around. Stay tuned…

On an unrelated note, Sophie learned how to open the door yesterday, the real door, not just the screen door. She and Elvis tried to make their big escape but were caught in the act. It just gets better and better with these two!