On Friday morning we left Port Angeles for a a short 28 mile drive to Sequim, WA (pronounced skwim). The name was thought to mean “quiet waters”, but was later translated by a Klallam tribal linguist to mean “ a place for going to shoot”. Not that it matters, but I’m always curious about the meaning of these odd names.

7 Cedars has a nice parking lot in the back where RVs are permitted to overnight. There haven’t been more than a dozen or so rigs each night we’ve been here so far, and it’s fairly quiet for being close to 101. 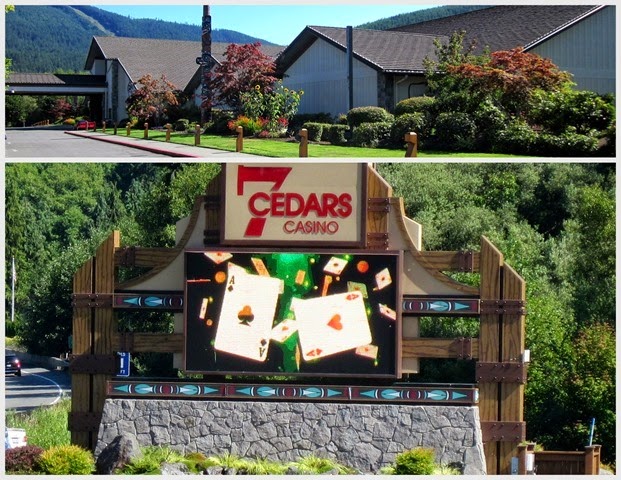 After getting set up we headed back about seven miles to town where Jim dropped me off at the laundromat while he went to Walmart and got a new battery installed in the Subaru, along with purchasing a set of jumper cables. We hope we won’t have to use them.

That evening we were invited to dinner at the lovely, large 5th wheel home of Hans and Lisa, from Metamorphosis Road, who are staying at an RV park just a few miles from the casino. We’ve been following each others blogs for a good while now, and have done many hikes based on their write-ups, so it was great to finally meet.

Lisa, Hans, Gayle, and Jim, sitting and eating dinner at a table, like in a real house! 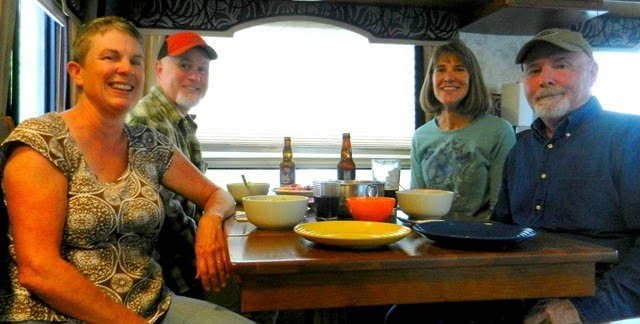 We had a delicious meal of vegan chili, with fruit and chocolate for dessert, then walked off our dinner around the John Wayne Marina on Sequim Bay. 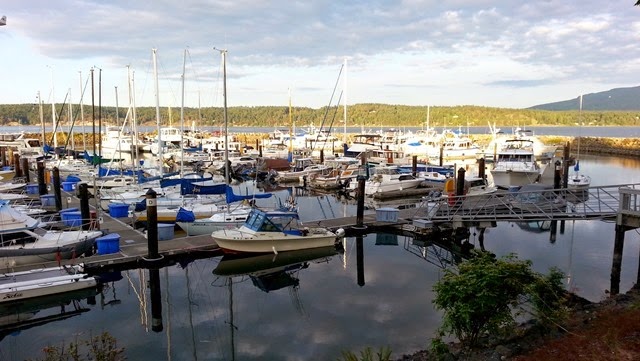 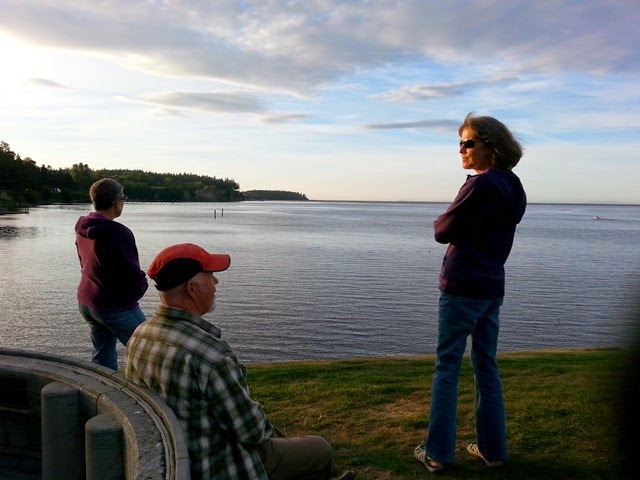 On Saturday, Chuck and Carla, Debbie, Kim and I left Jim at home to rest his ailing leg while we went off to hike the Dungeness Spit, one of the longest natural sand spits in the country. Had we walked 5.5 miles we would have come to the New Dungeness Lighthouse, but everyone had enough after we were about halfway there so we turned back. Kudos to Suzanne and Nina, who last month made the pilgrimage. I would have liked to have joined them. I just hate giving up on a hike in the middle of it!

We could just make out the lighthouse with snow-capped Mt. Baker behind it from the first overlook on the trail. 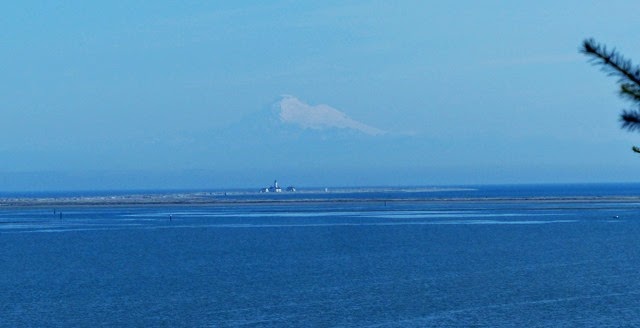 After a couple miles it wasn’t looking much closer without the zoom. 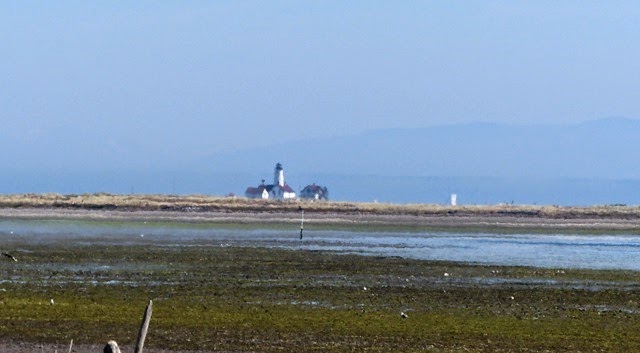 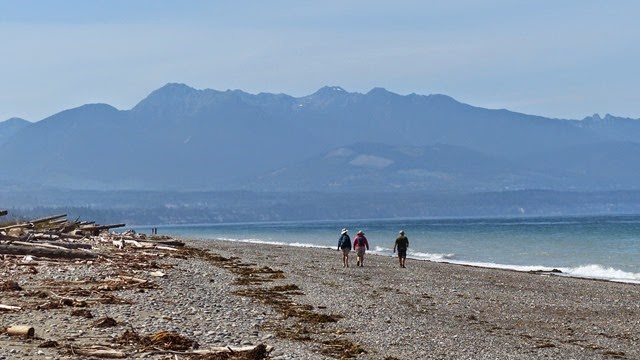 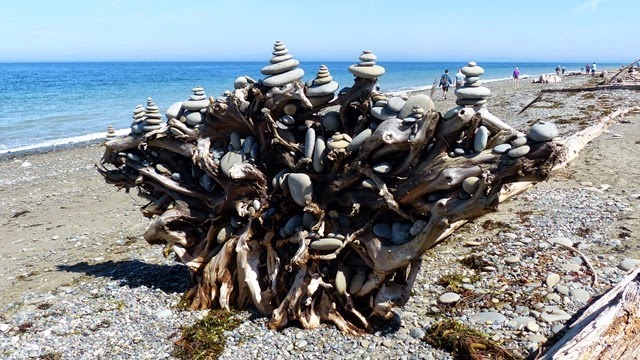 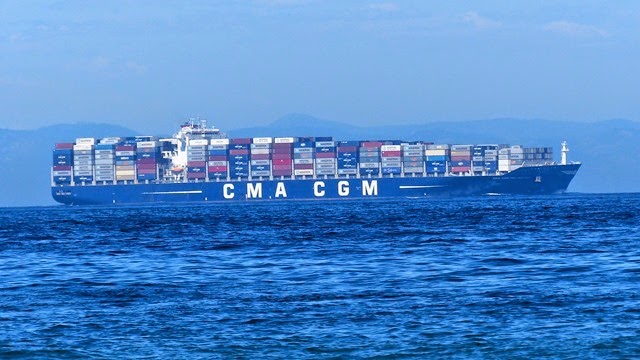 Debbie and I did get lucky and spot this seal catching and eating a fish. The gull hung around for the leftovers. 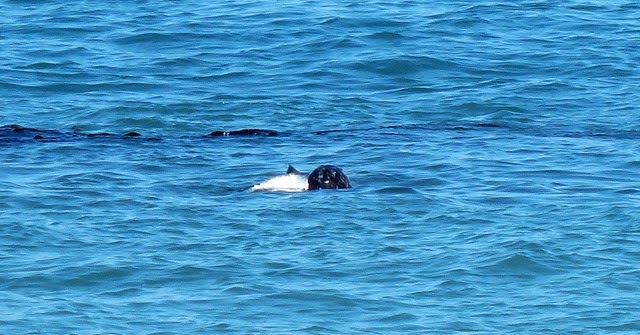 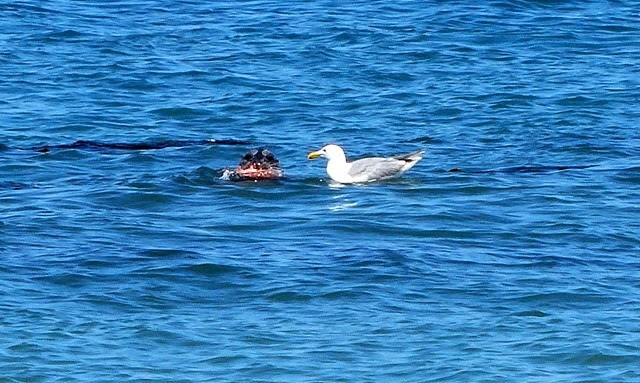 Hans and Lisa told us about a barn dance in Sequim on Saturday night, which sounded like fun, so we all went out partying on Chuck and Carla’s last night with the gang. They had water, tea and coffee, a G rated dance with kids and dogs.

In a real barn. 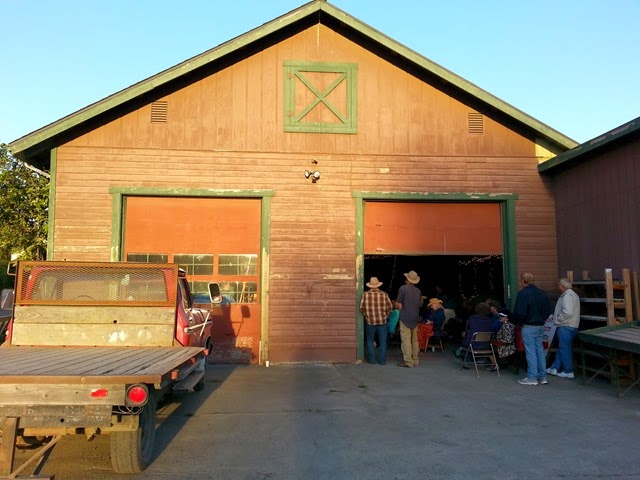 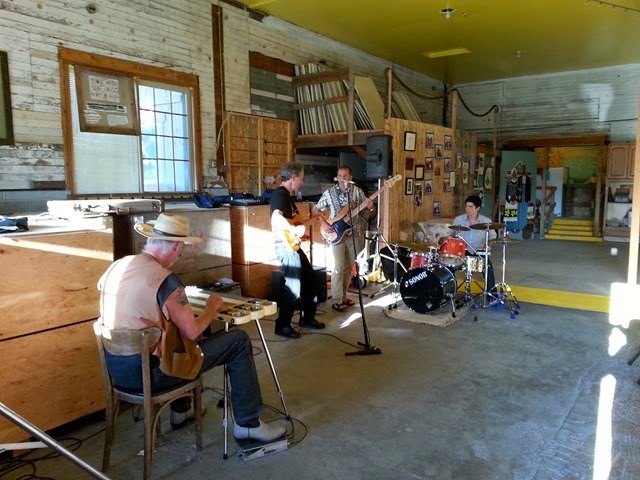 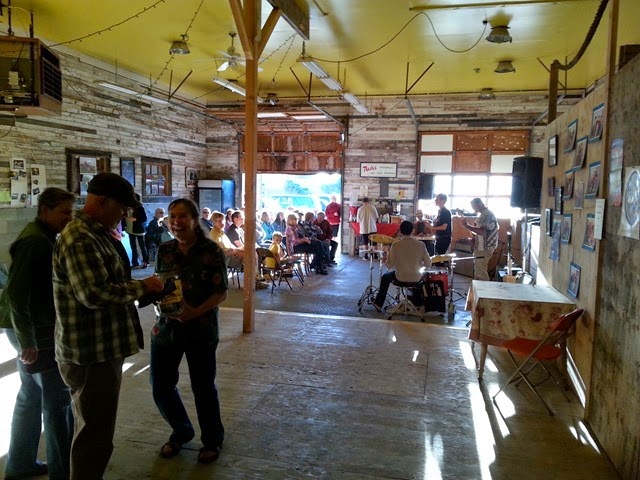 Jim and Kim were enamored with Prancer, a two year old who tried to get everyone to dance with her.

Prancer on left, Kim on right. 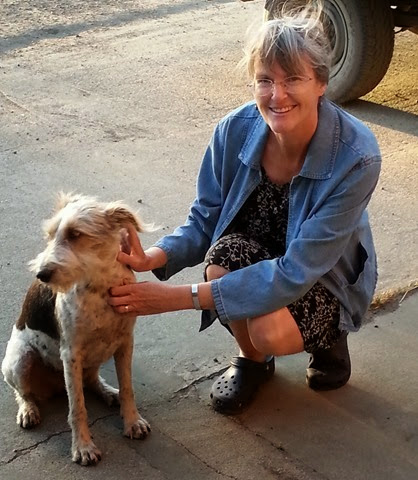 It was fun even though we didn’t dance. Chuck and Carla did shake their bootie a few times, though. They left us today for other friends in Portland.

Today we rode our bikes right from the casino, crossing Hwy 101 to pick up the Olympic Discovery Trail and heading west to Sequim. We had a smoothie at a local downtown coffee shop before riding back, for a total of 18 miles. It’s been nice here. 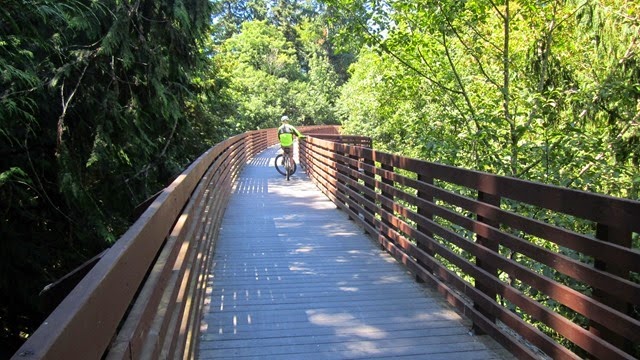