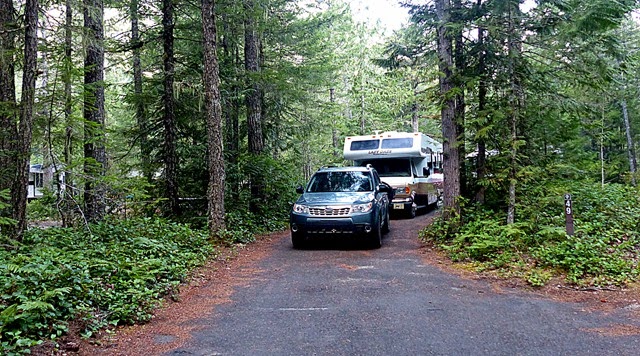 Thursday was another short driving day, 58 miles along Hwy 20 eastbound. Kim arrived at Newhalem Campground the previous day and told us there were plenty of long, level sites to choose from and that there was no elevation gain along the route. And she was getting a 4G Verizon signal.

We decided to hook up the car but leave the auxiliary brake power switch off. I closely monitored our tire temperatures, which were fine, and Jim didn’t feel anything odd in the transmission, so we concluded it had to be a problem with the braking system. Once we got settled in our site Jim called SMI and spoke with a tech who gave him some ideas for things to clean and check. He did the things he could but the rest will have to wait until we are in a better place to work on it next week. We’ve decided to hook up the car and turn on the brake when we leave here, but if the temps begin to climb on the front tires we’ll know it’s still not working properly and will disconnect.

Now back to Newhalem Campground in the North Cascades National Park Complex. Reservations can be made for loop C, but loops A and B are first come, first served, and on Thursday we had no problem getting a site but by Friday evening they were all full. $6/night with the senior pass, no hookups but a nice dump station with RV water fill. Suzanne arrived that evening, and Friday Karen pulled in, so our little group is back together for the last time this summer. Looks like we will all be going our separate ways soon.

Debbie, Kim and I went for a walk to the visitor center to get some information about hikes, then took the loop trail along the Skagit River and followed some other trails that took us past a powerhouse to the small community of Newhalem. 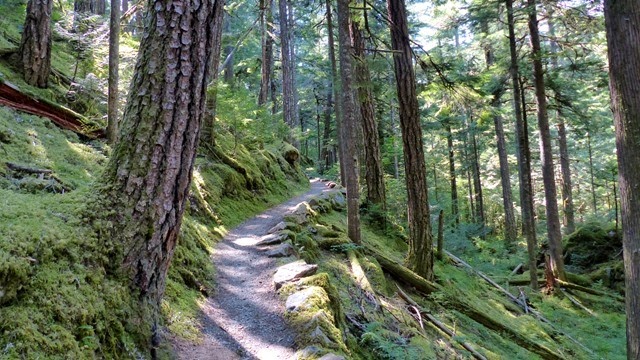 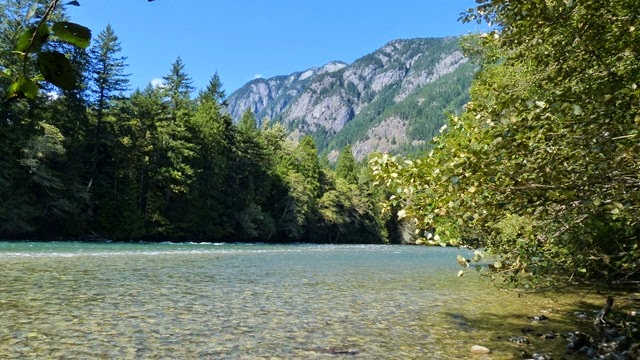 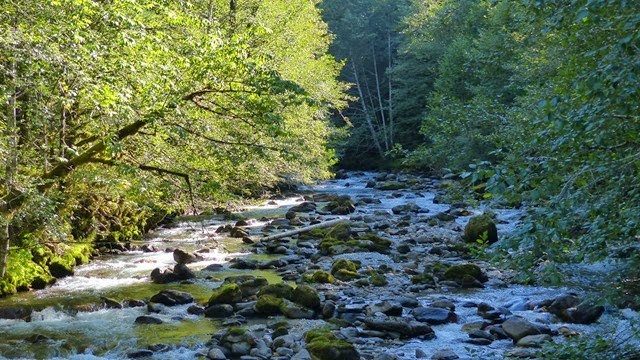 Newhalem is a company town owned by Seattle City Light and populated entirely by employees of the Skagit River Hydroelectric Project, or in local county, state or federal agencies. Interestingly the town is not open to permanent residents who do not work for these agencies. 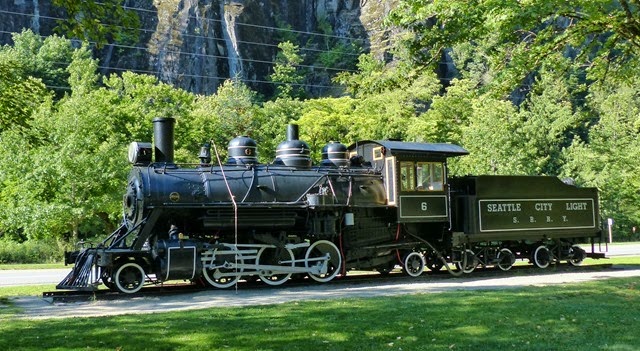 Not much to it except the General Store and some homes. 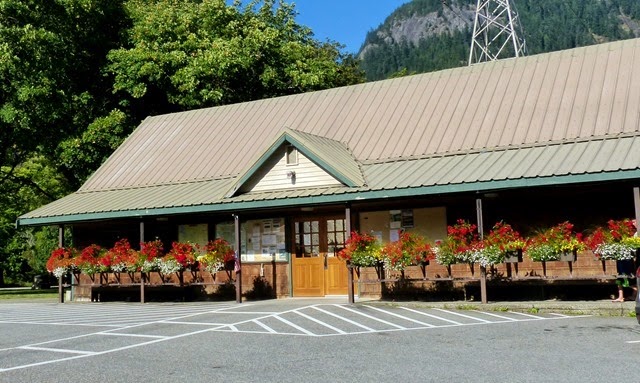 That night at dusk Jim and I took a drive to the Ladder Creek Falls behind the powerhouse, where there is a trail along a creek lit with colored lights. We didn’t make it all the way to the falls because the trail is quite steep and Jim is trying to give his leg a rest, but what we saw was beautiful. 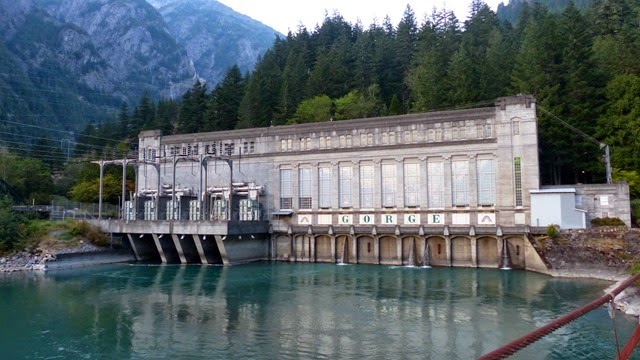 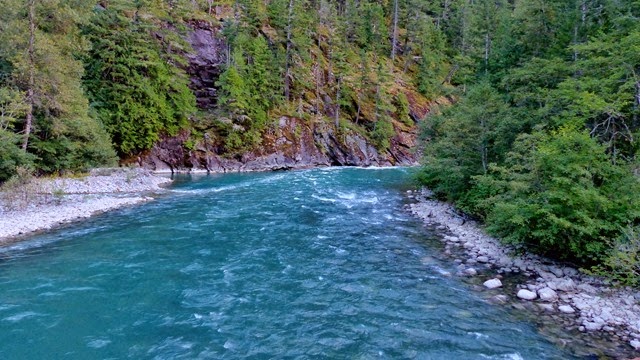 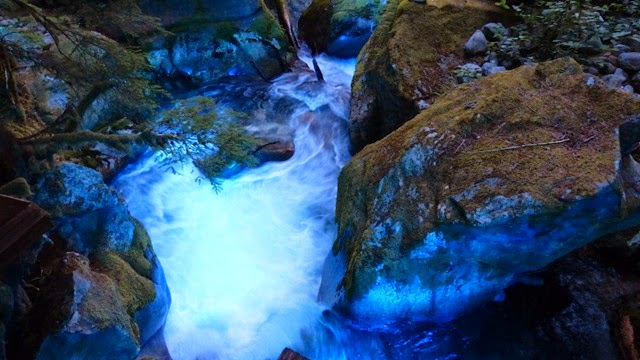 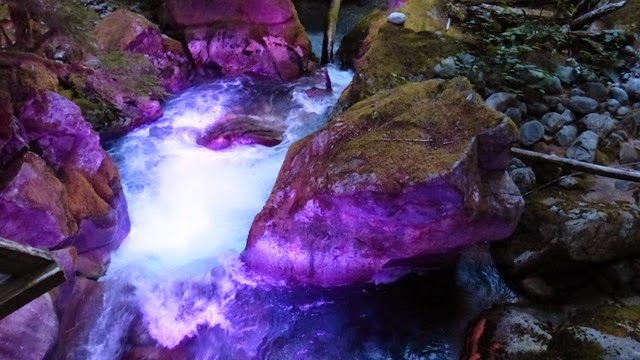 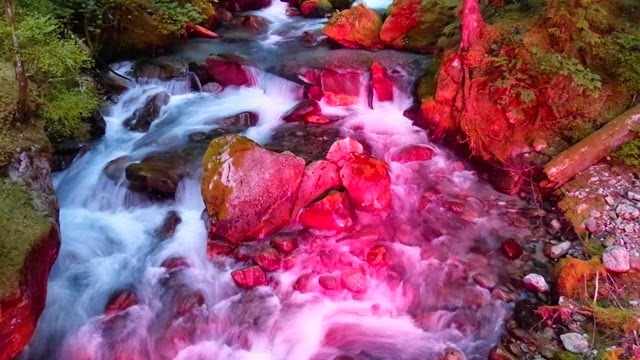 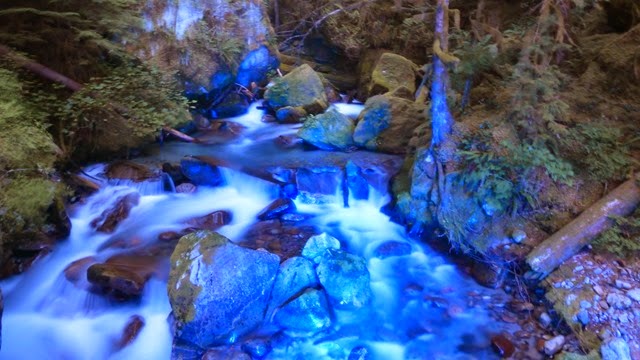 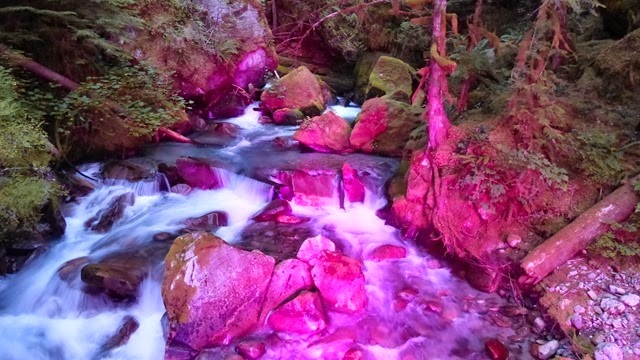 On Friday our ladies hiking group went for a 3.8 mile trek on the Thunder Knob trail about 10 miles east at Devil’s Lake. The sky was looking like rain but it never came. The ranger told Suzanne the trail had lake views along the way but we didn’t actually see the lake until we came to the end of the trail. Hard to complain when you’re surrounded by mountains and glaciers. 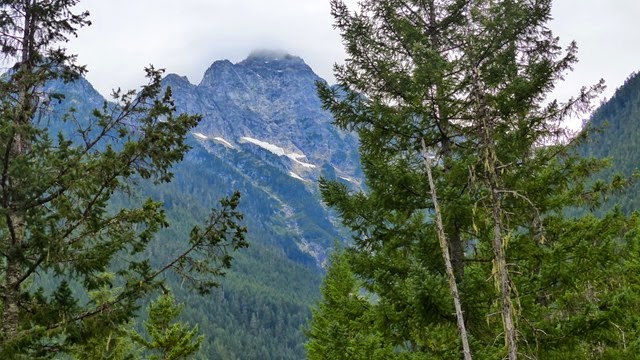 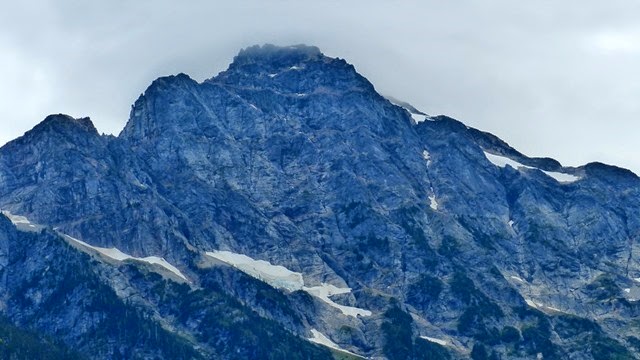 Kim, Debbie and Suzanne taking a little break since the trail did a fair amount of climbing despite its easy rating. 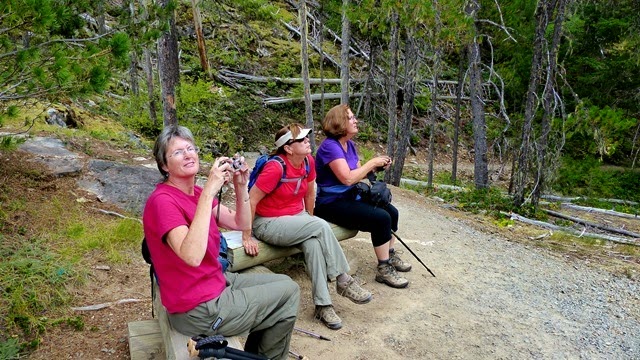 It was hard to get good photos in the late afternoon light. 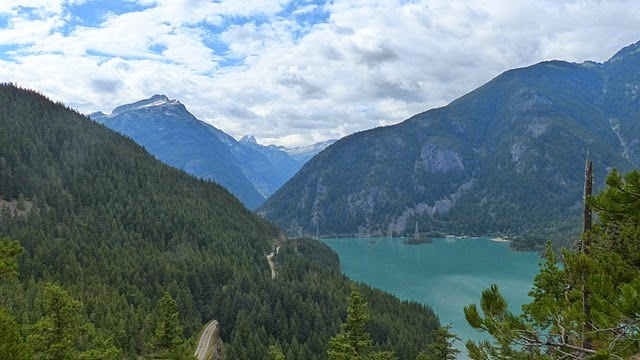 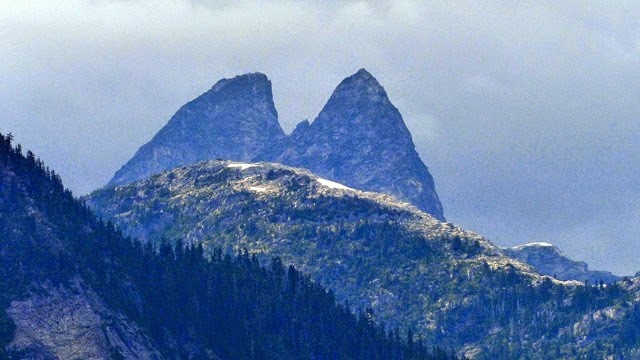 The water looked so inviting. The turquoise color comes from finely ground rock particles, called “glacial flour” carried by the streams that originate high in the glaciated mountains. 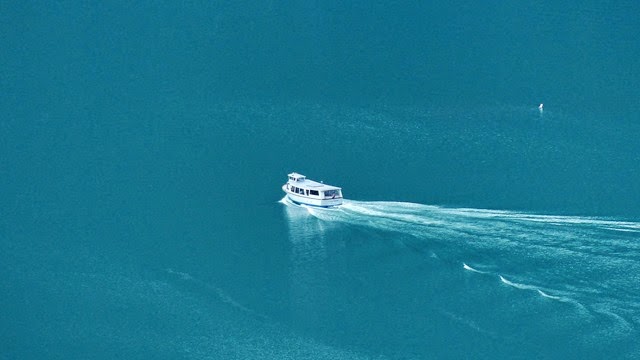 Diablo Lake from a highway overlook. 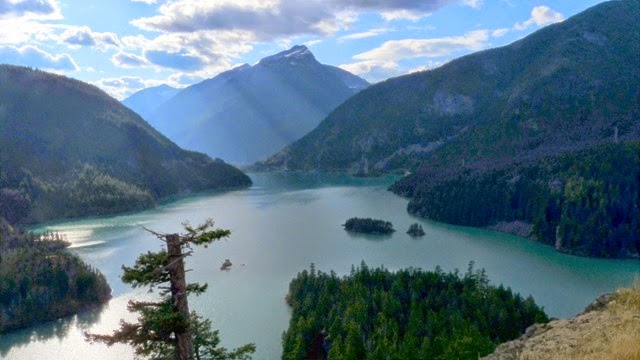 Pickett Range from a short trail behind the visitor center. 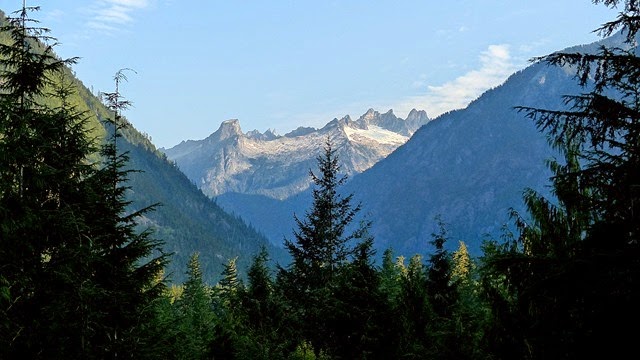 So glad we came here. Among the designated national parks, only Michigan's Isle Royale National Park gets fewer visitors.