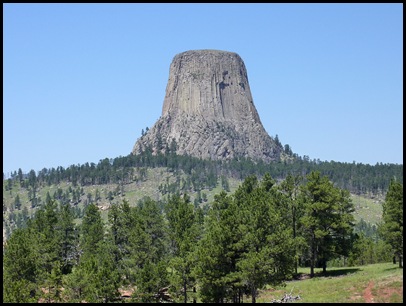 Most people recognize Devils Tower from the movie Close Encounters of the  Third Kind. It was actually the country’s first national monument, declared by President Theodore Roosevelt in September 1906. I must admit this park was not on our list of “must go” places, but I’m glad we didn’t bypass it. We spent a great day there yesterday, picnicking and hiking around the tower. 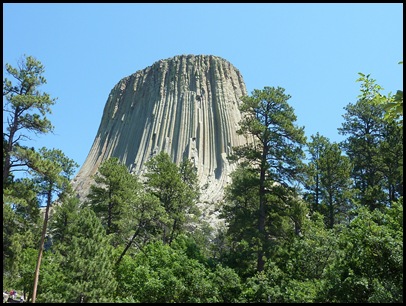 It stands over 1200 feet above the Belle Fourche River and is quite a site to behold. The top is the size of a football field. Geologists still aren’t exactly sure how it was formed, but it is igneous rock and was possibly the cone of an ancient volcano. My eyes always start to glaze over when they go into all that detail at the visitor center displays.

We hiked the Red Beds trail, a 3 mile loop around the base. The views of the red cliffs contrasting against the green of the fields and trees were outstanding. 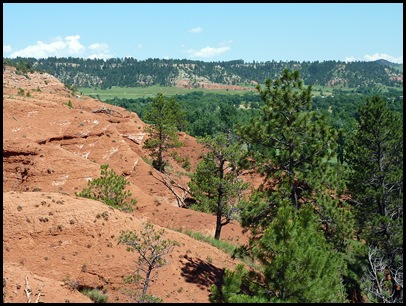 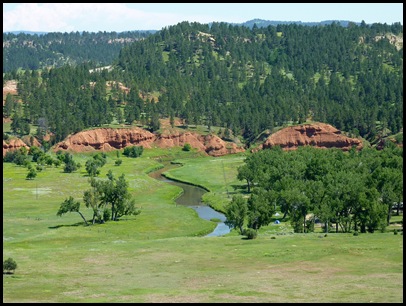 We then detoured another mile so we could walk through the “prairie dog town”, our favorite part of the hike. These little guys were everywhere, and it was hard to walk since the trail was full of their holes. 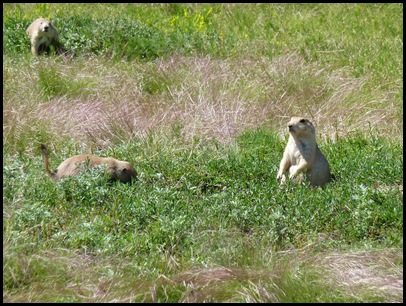 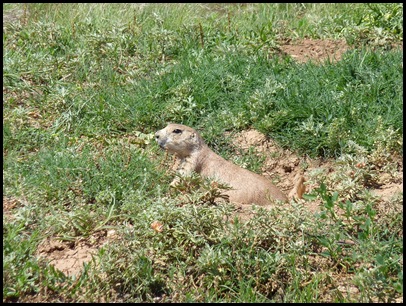 Most of them would not let us get close, being warned by the “guards” who stood at the top of the burrow and barked, which sounded more like a screeching bird. There were signs telling people not to feed them, and we wondered how you would even get close enough to feed them, when we were approached by this guy, who obviously was fed by many folks who disobeyed the signs. 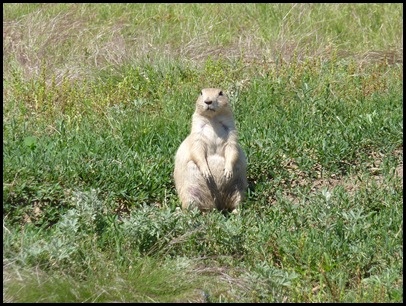 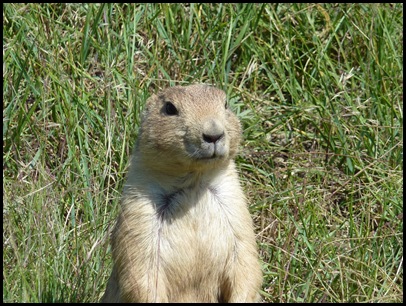 We also drove through the campground, which wasn’t too bad, but we were glad we didn’t stay there. Too crowded and most of the sites did not look level or long enough.

One other thing I should mention is that they allow climbing up the tower, and we saw a few of them going up as we were hiking. We are happy staying on the ground, though. Devils Tower was a nice place to visit but we were glad to come back to our private, quiet site on the water at Keyhole State Park, where we are just hanging out and relaxing today. 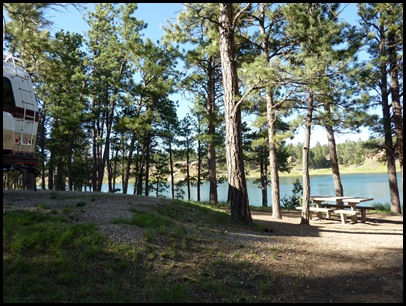 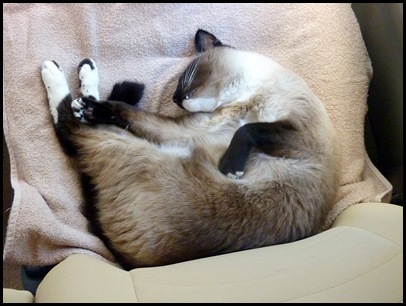