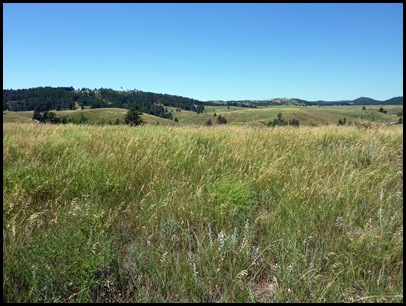 Today we drove about 20 miles south of Custer to Wind Cave National Park. Walked along the Prairie View Trail and took a cave tour. It was in the 90’s but breezy and the prairie grasses were moving like waves. Very pretty.

Since it was the next one on the schedule, we took the Garden of Eden cave tour, an hour long walk through a small section of the cave. So far they have discovered 134 miles of passages, making it the 4th largest cave in the world. What’s amazing is that it is all contained in a square mile area, like a maze.

This is a dry cave, so no stalactites, but it is one of only a few caves with what is called boxwork formations, which look kind of like honeycombs. It’s hard to tell from the pictures, but it was really interesting to look at. 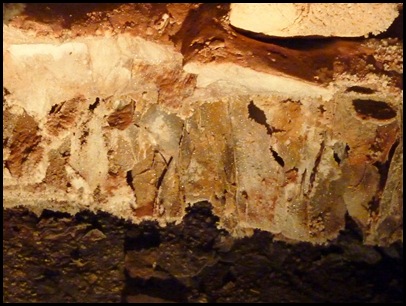 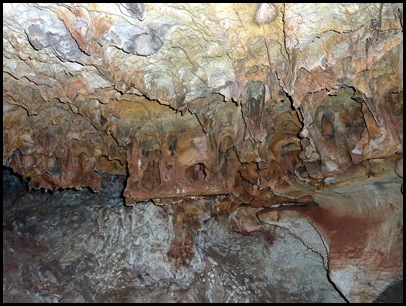 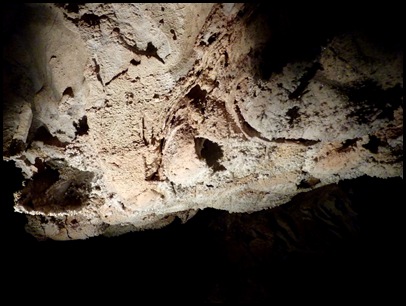 After telling us it was a dry cave, the ranger showed us the one section of the cave where a little water seeps in. Actually this looks more like the pictures of Jim’s colonoscopy. 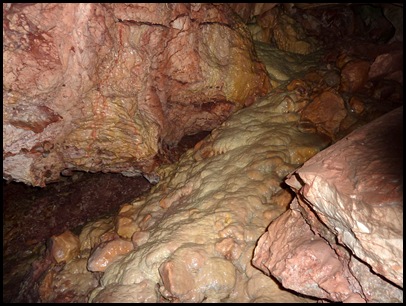 Before this became a national park, two entrepreneurs gave private cave tours, and the guests would sign their names and dates. Don’t try this today or you could end up in National Park prison. The date is August 17, 1892! 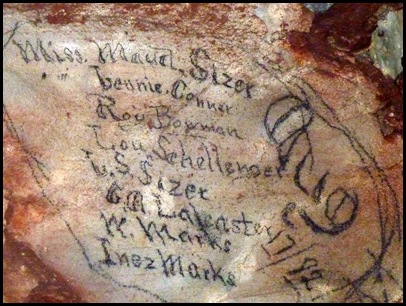 We also drove to Hot Springs, a small town a few miles south of the park. All of the historic downtown buildings are made of native sandstone and there is a nice trail along the Fall River right through town. 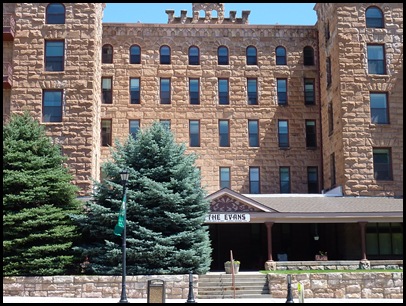 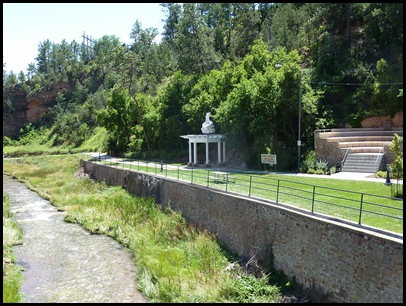 It was a cute little town but there were very few people around, and it seems that these old “hot springs” towns we’ve visited have seen their heyday. Maybe the bathhouses will get more use when the Harley guys arrive next week.