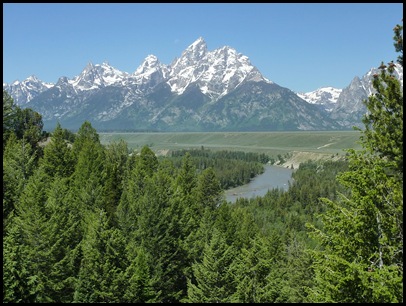 Hard to believe we’ve been here over a week now. There is so much to see, so many trails to hike. We drove the entire park loop, which runs along the Snake River, then comes back along Jackson and Jenny Lakes. Checked out the other campgrounds in the park, and we definitely picked the right one. Colter Bay is huge like Gros Ventre, but the sites are all pull-offs and close together, so it looked like a bad RV park. The nicest one was Signal Mountain, which had some sites right on Jackson Lake, but most of them were too short. The limit was 30’ and we didn’t see many sites we could fit in. There was a small picnic area in the campground, so we stopped for lunch and a lovely view. We also took the 5 mile drive up Signal Mountain Road, which climbs to 7700 ft and had several short trails to more lake views. 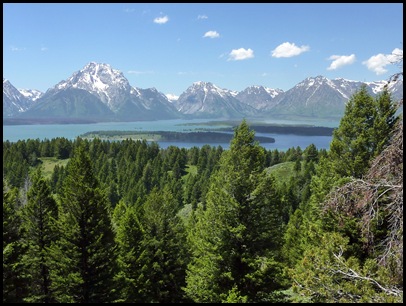 Then we stopped and hiked the String Lake trail, a 3.3 mile loop. There were lots of people out on canoes and kayaks. We’ve been fortunate to have such good weather this week. 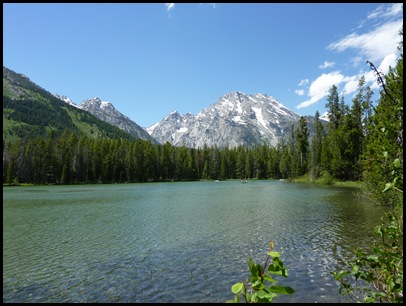 We did go back into Jackson for laundry and groceries. It was a zoo again, horrible traffic and people everywhere. There is no Wal-Mart here, but an Albertson’s, a nice Smith’s, and Jackson Whole Grocery, a more expensive version of Trader Joe’s and also very nice. We ate lunch at Mountain High Pizza Pie, which was very disappointing, both in the service and the food. We won’t be back.

Yesterday we went to the Laurance S.Rockefeller Preserve, part of Grand Teton National Park. In the late 1920’s, John D. Rockefeller, Jr. started buying up ranches adjacent to the Grand Tetons, with the intent to donate the land to the National Park Service. They kept part of it for a family retreat, but his son Laurance donated the rest of the property in 2001. The hiking trails opened in 2007, and the Interpretive Center in June 2008. It is quite an impressive structure, with a very nice library. There are 10 miles of hiking trails on the preserve. 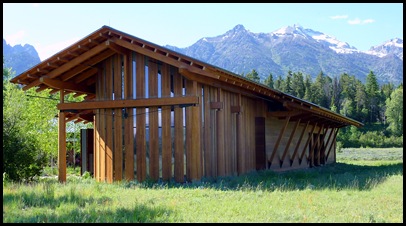 As we started up the trail, a woman told  us she saw 2 bears along the way. These and a few rodents were all we saw. 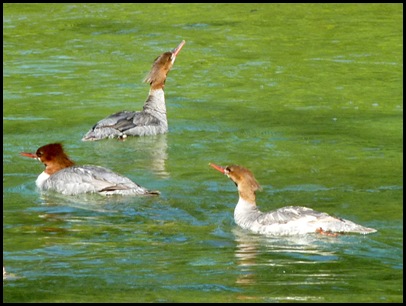 It is a beautiful and peaceful place to visit. The parking lot is small to limit the number of people who can be there at one time, which made for very few people on the trails. 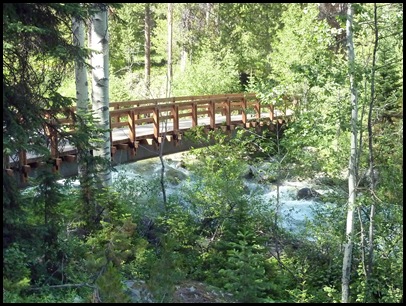 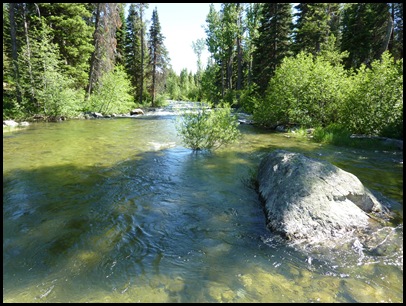 The preserve is located along Moose-Wilson Road, which goes to Teton Village, so we continued on a few more miles to check it out. That is where they have the gondola going up to the mountain for hiking in the summer and skiing in the winter. They were having a classic car auction, so Jim was happy. 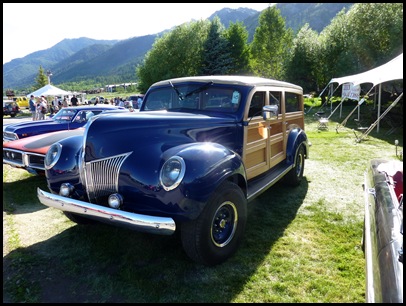 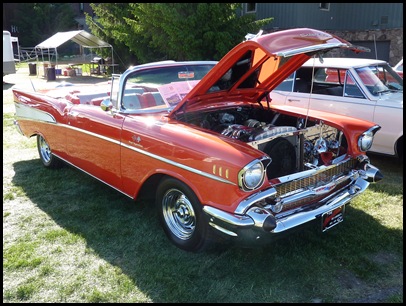 Last night we were treated to this beautiful sunset over the Tetons. 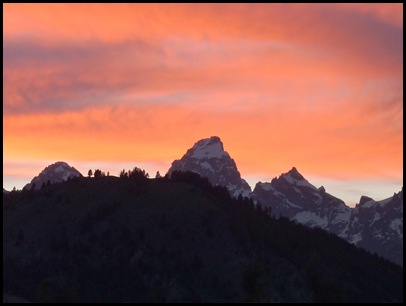 We’ve been sitting here this morning watching many of our neighbors pack up to go home and feeling thankful we have nowhere to go. Today we will join our Lazy Daze friends for a 4th of July picnic. Life is pretty good.