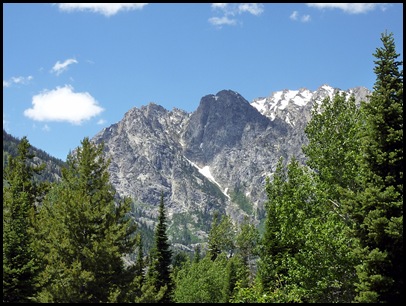 Just had a few more photos to post. We’ve seen more owls, which are such fun to watch, and female moose, which aren’t nearly as impressive as the males. 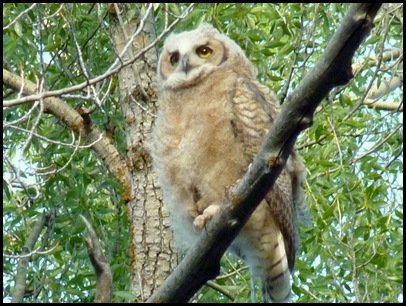 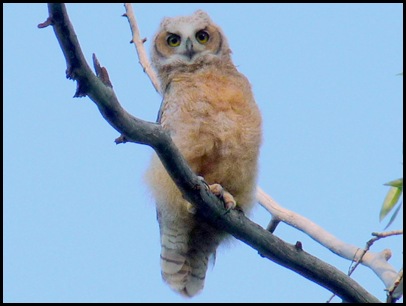 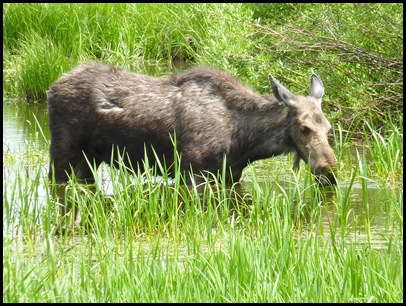 Yesterday we hiked around Jenny Lake to Hidden Falls and Inspiration Point, then about another mile up the Cascade Canyon trail until we realized we were looking at a 7 mile round trip hike, about our comfort limit. Glad we turned around when we did, as we were pretty tired by the end. You can also take a boat across the lake, then it is only a half mile to Hidden Falls instead of two and a half, and another four tenths of a mile to Inspiration Point. That section of trail was jam packed with families doing the short hike. Luckily there weren’t many people on the other sections. 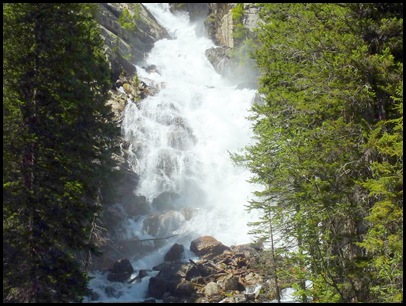 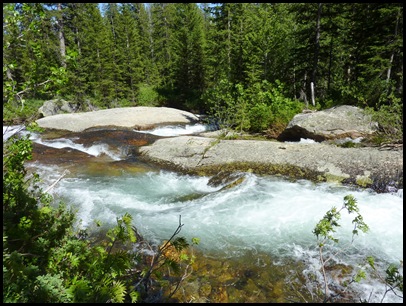 We saw several marmots along the trail but that was it for wildlife. 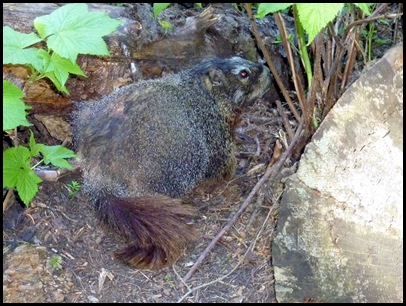 Tomorrow we are heading east on our way to Custer, SD, where we actually have reservations on July 18th. One more picture of our resident “wildlife”, Oreo, relaxing in his chair. 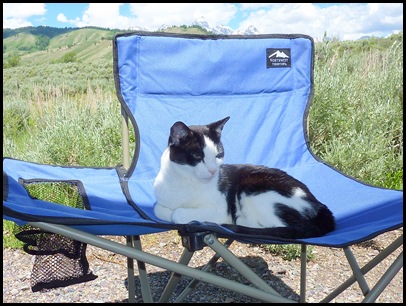