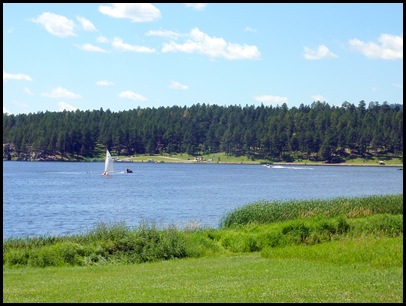 Sunday we did one more hike in Custer State Park. This time we drove along 16A to Stockade Lake and hiked the 1.5 mile trail there. It was supposed to be moderate with views of the lake and mountains.The trees were so dense there were limited views, and I guess we were tired, because as we huffed and puffed our way up to the ridgeline, we both gave it a difficult rating. The Sylvan Lake area is much more scenic.

Along the same road is the State Game Lodge, one of the several lodges in the park. We stopped in to see the lobby, since President Coolidge used the lodge as his summer White House in 1927. It was rustic but elegant, and the original fireplaces made with the local rocks were beautiful. Custer State Park is very impressive, reminding us more of a national park than most other state parks we’ve visited.

Monday Jim drained and flushed the hot water heater and we finished washing and polishing the rig. Glad to have that out of the way.

We wanted to go biking along the Mickelson trail yesterday, but winds were 25mph and it looked like rain. Instead we drove back up the road going to Mt. Rushmore in the Black Hills National Forest and hiked at Horsethief Lake. There is a very nice campground there, and we enjoyed the trail. We turned off and walked a couple miles or so on the 111 mile Centennial Trail, the longest trail in the Black Hills National Forest. We walked along a creek, under the cool shade of pines and aspens, and admired lots of rocks. 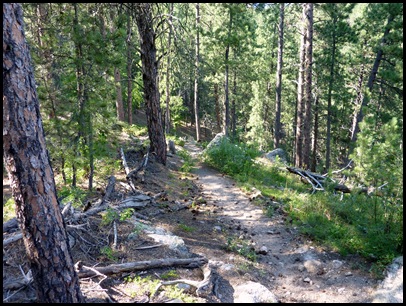 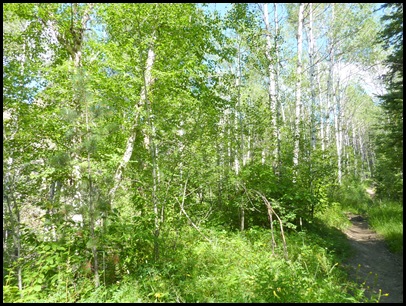 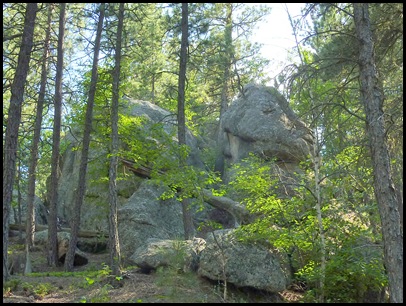 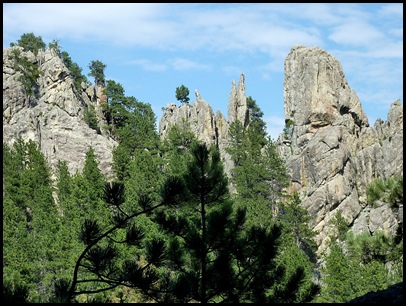 As we were getting in the car yesterday, we spotted this rabbit laying in front of the wheel. Don’t know if he was trying to commit suicide, but he finally ran off when Jim started the car. He’s been hanging around our site the whole time we’ve been here and is obviously used to people. What a cutie. 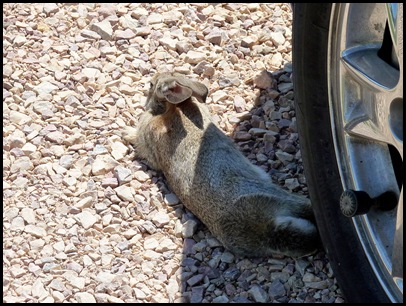