Beer, Pizza and a Little Culture

Couldn’t visit St. Louis without a tour of Anheuser-Busch Brewery. 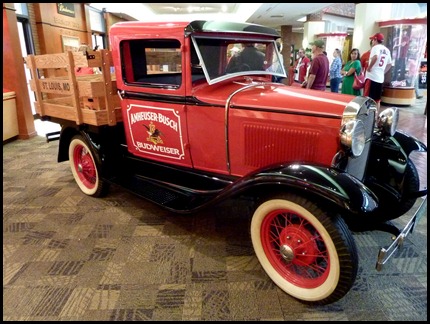 Up to 5,000 people per day visit the brewery, but I’m guessing those numbers would go down if they didn’t give each person two free beer samples at the end of the one hour tour.

It was actually very interesting. We saw the stables that house the Budweiser Clydesdales. 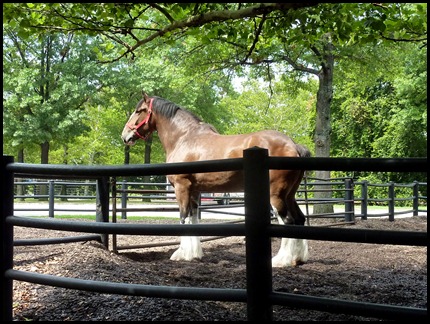 The Brew House, where the beer is actually brewed. 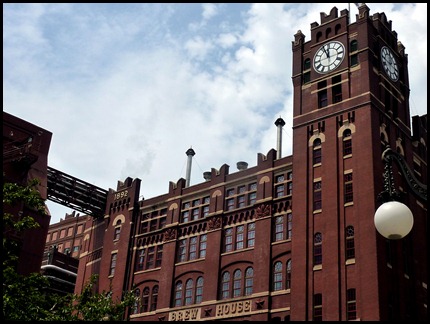 Inside the Brew House were the Mash Tanks. The guide said it was 30 degrees warmer than outside, and it was in the mid 80’s that morning. 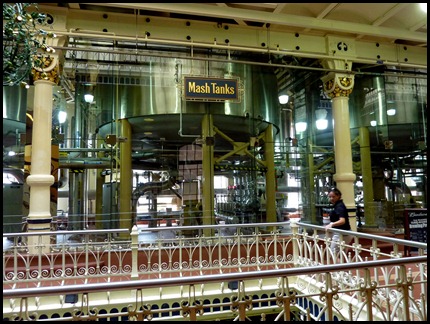 This was a beautiful building. The four story chandelier was from the 1904 World’s Fair. 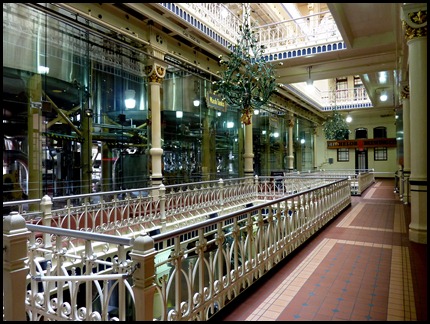 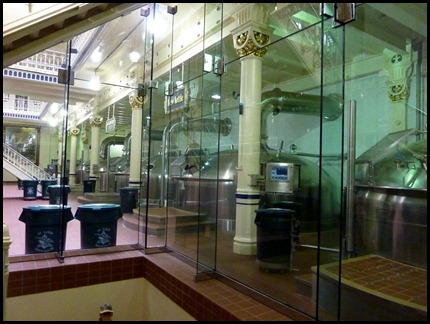 The Beechwood Aging Cellars. It was only 50 degrees in this building. 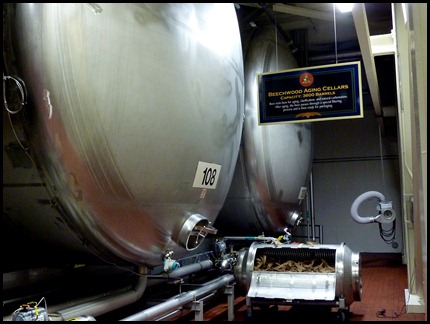 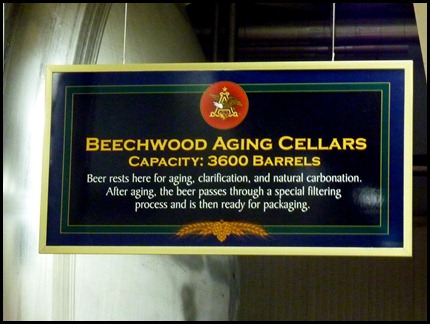 The smell of hops was in the air everywhere we walked. We were finally shuttled back to the Hospitality Room, where we got our beer. We aren’t too crazy about most of their products, but Jim tried the Wild Blue, a blueberry lager. It was really tasty and refreshing, although it didn’t  taste much like beer. I had a Stella Artois, which wasn’t bad, and we shared a Shock Top Raspberry Wheat, which we also liked.

After the beer, we were ready for lunch, and decided to try Pi Pizzeria, which we read was one of President Obama’s favorites on the campaign trail. He even had the chef and staff come to the White House in 2009 to cater a pizza dinner.

We had the signature deep dish, made with a unique cornmeal crust. I thought it was really good, but Jim just thought it was okay. I think there were too many vegetables on it for him.

Today we went back to Forest Park to the St. Louis Art Museum, another free attraction. It is a very impressive place. 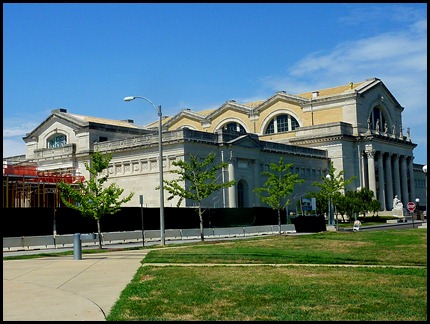 View from the steps of the museum. 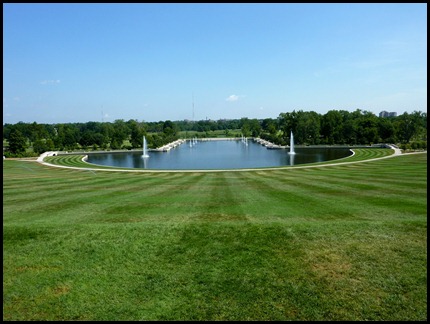 We spent about two and a half hours walking around and looking at all the exhibits, including paintings by van Gogh, Renoir, Monet, etc.  Our favorite thing was this sculpture of Pan, the Greek god of shepherds and flocks, of mountain wilds, hunting and rustic music. 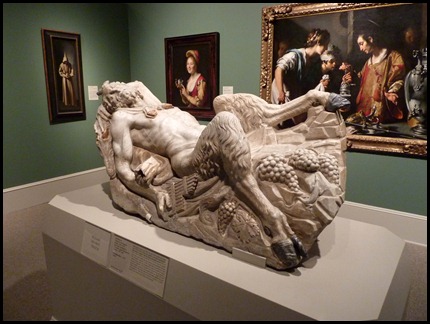 The detail was amazing. 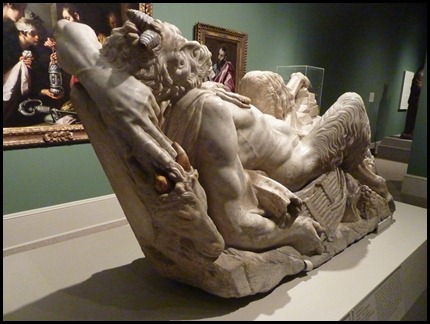 And we only got reprimanded twice, once for standing too close to a painting, and once when Jim used the camera flash. Can’t take us out of the woods!