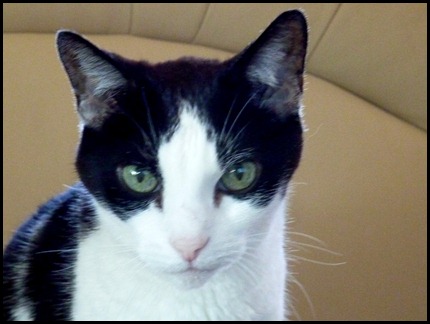 This is one of life’s little adventures we and I am sure everyone can do without but is unavoidable.

Today, we finally lost our best friend, Oreo. He was as the saying goes a different breed of cat and I mean that in the personality sense. Gayle and I have shared space with quite a few cats in the past nigh on 29 years. Despite what dog owners may think cats are all different, each with his or her own personality.

We loved them all. Some were more of the standoffish variety and some were more people kind of cats, if you know what I mean.

For us, however, he was a cat of a different color. When I picked him out of the carrier at the humane society some 15 or so years ago he immediately draped himself around my neck and purred. He did the same with Gayle, although, he sneezed in her face. He also did it with the air conditioner repair guy who happened to be in our house on a job.

He was the only cat who would come to you when you whistled for him from wherever he might be in the house. While we always had at least two cats at any time he would seek us out to play with him. He chasing us and we him. Him hiding behind a doorway and leaping out at you when you walked by. You get the idea.

He seemed as though he tried as hard as he could to understand what you were saying to him and, of course, we all talk to our friends. He didn’t talk so much to us at first but as he grew older and especially after we started full timing he talked to us a good bit. He liked very much going outside and sitting on the picnic table or a chair we had for him and he would tell us about this quite often nagging us at the door and looking at you with that hopeful expression. 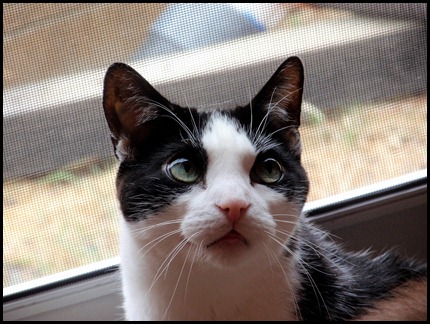 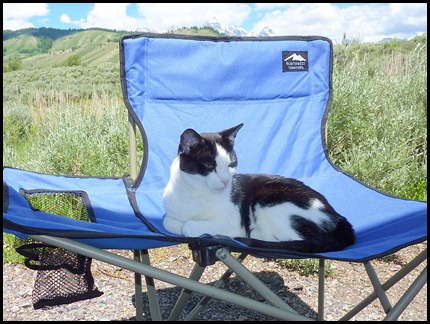 When we traveled in the rig he had to ride in the lap of the passenger whoever that might be. 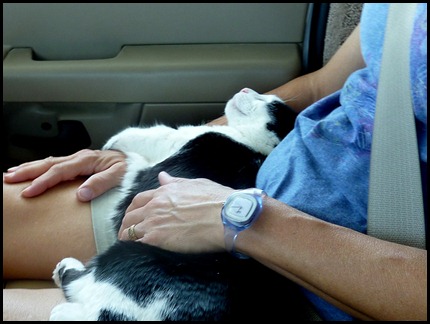 In other words he was a people cat of the highest order. I don’t want to bore you with all of it as we can only stand so much cuteness.

Of course, he has another buddy who will likely be missing him as well on those cold nights and when he wants to play. 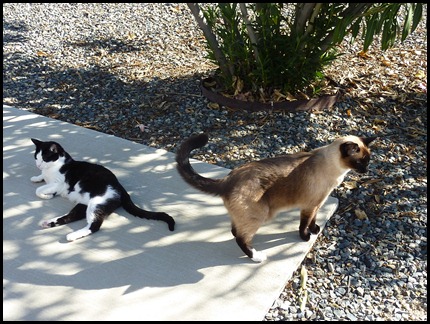 I use to find myself sort of hoping that he would outlive me although I realized that meant an early demise for me because I always dreaded this day.

So, from the blog some of you know he has been sick for awhile but his quality of life seemed good until these last few weeks. It became worse in the last several days although for some silly reason we were hoping he would make it back to Erie with us. The real truth being we hoped he would never die.

But all good and bad things come to an end and so it was today with our friend.

Luckily for me I married well and made at least one good choice in a buddy. He will be truly and sorely missed but never forgotten.