On Saturday we took the Sonny S, a passenger-only ferry, from Middle Bass Island to Put-In-Bay, a village on South Bass Island, and only a 10 minute ferry ride away. 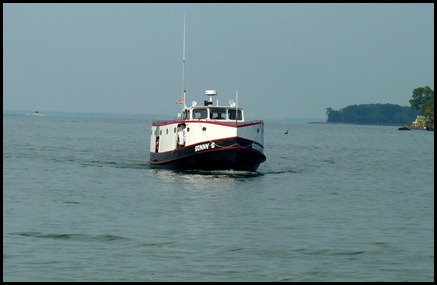 Put-In-Bay is the party island, whereas Middle Bass is the quiet one. 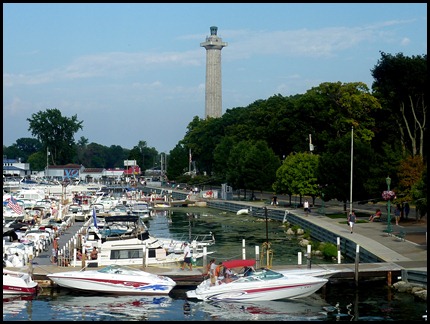 Everyone rents golf carts or walks and rides bikes to the various restaurants, bars, and shops on the island. 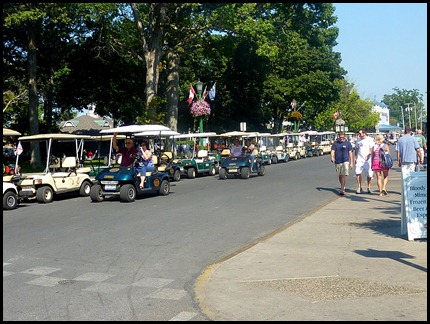 It was really crowded, but we went in a couple bars and listened to some live music from the 60’s and 70’s played by a bunch of guys who looked older than us. The crowd wasn’t real young, either.

Then we walked to the Perry Memorial, part of the National Park system. They have a large piece of land on the water with a very nice visitor center and a huge monument, which is currently under reconstruction. Put-In-Bay was the location of the squadron of U.S. naval commander Oliver Hazard Perry, who sailed from the port on September 10, 1813 to fight the British just north of the island in the Battle of Lake Erie.

A view of the memorial from the ferry. 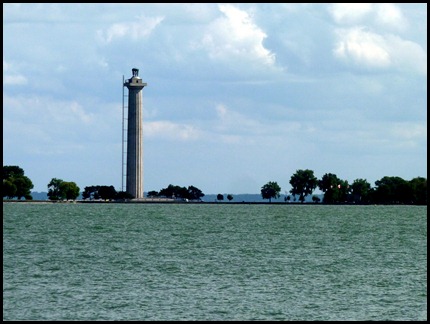 Kim and Dave, with the monument on the side of his head. 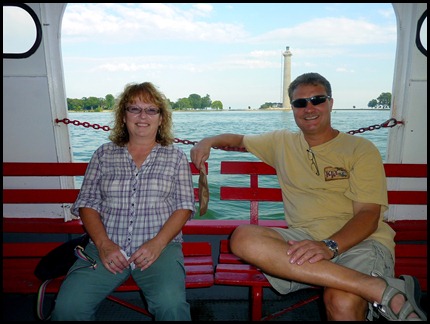 We had a very pleasant weekend and left today on the 12:15 ferry. The weather was much better, light winds and sunshine. We were even able to get out and go on the upper passenger deck during the ride.

We are in the front, and there was a big Class A behind us. There were also two large dump trucks and many cars. Kim said she never saw so many large vehicles on the ferry at the same time. Luckily we made to the mainland without incident.. 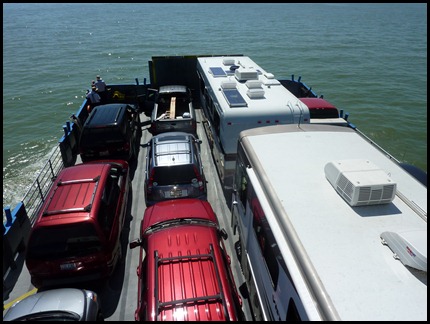 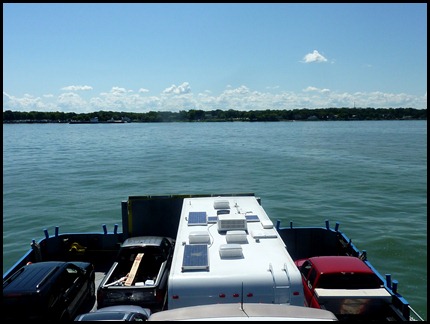 The car was still there when we got off the ferry and we drove a whole 5 miles back to East Harbor State Park to spend the night. I forgot to mention when we were here last week that many of the Ohio state parks honor the 50% off Passport America discount Sunday-Wednesday, so we are only paying $13.50 a night to stay here, a great deal.