Shipshewana Flea Market and Elkhart, IN 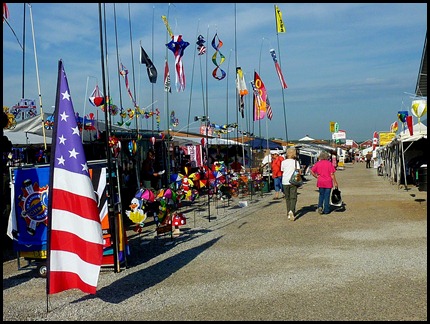 I spent a couple hours wandering the aisles of the Flea Market just after it opened at 8 yesterday morning. It is much bigger than I thought, but not as big as Quartzsite. 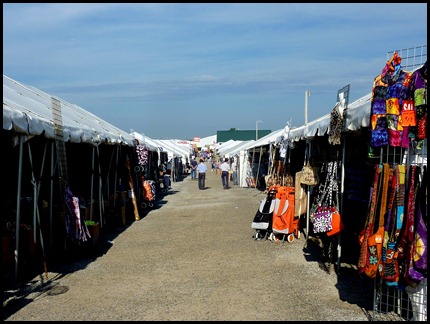 They had the usual flea market stuff for sale, along with a farmer’s market, where I bought some excellent tomatoes, cucumbers, and blueberries. I splurged and got a small strawberry-rhubarb pie from a cute young Amish woman. She said it was just baked. We ate it as soon as I got back, just the right size for two. It wasn’t bad, but I was thinking of my mother’s rhubarb pie, and the crust just didn’t compare. I remember my mother using a shortening called Fluffo, (does anyone else remember that?) so maybe that’s why her crust was always so good.

I also bought a package of 6 sponges for a dollar. We got a big kick out of the label. Don’t think I’ve ever seen quite as bad a job of translation! 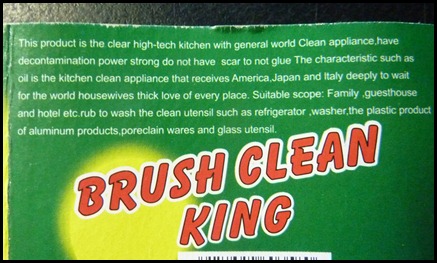 We then drove 20 miles to Elkhart, IN, which has been called the RV Capital of the World due to the large number of RV manufacturers in the area. We stopped at a couple of RV parts outlets but didn’t buy anything, then spent a couple hours at the RV/MH Hall of Fame Museum. It was worth the $8 admission to see all the cool old RVs.

They have done a good job of displaying the RVs but the lighting wasn’t the best for taking pictures. Here are a few but if you have any interest you can see their entire collection here.

Looking down from the second floor. 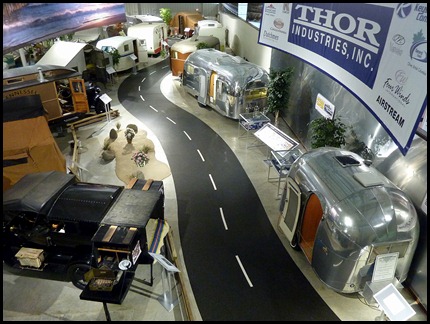 We liked this 1931 Ford Model AA Housecar, but it must have been a harsh ride. 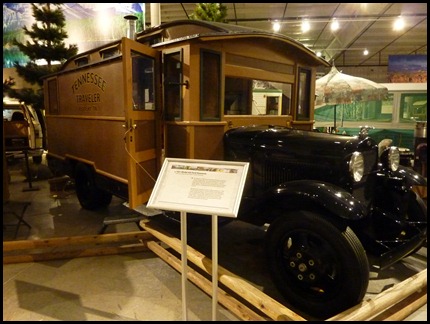 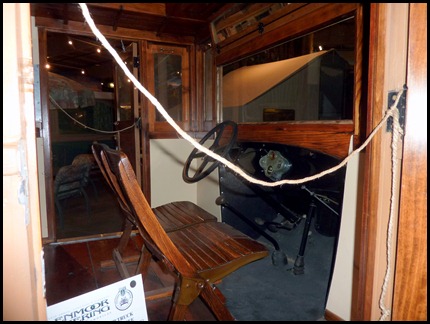 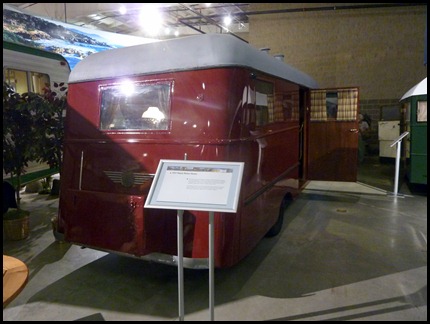 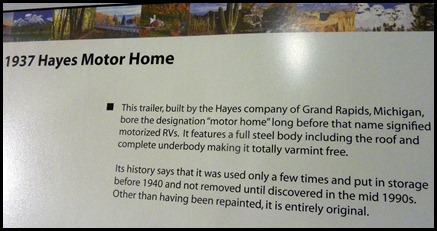 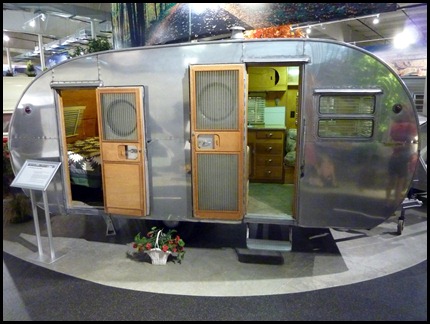 Take a look inside. 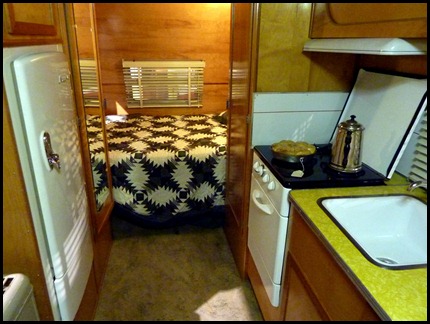 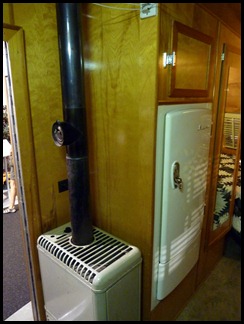 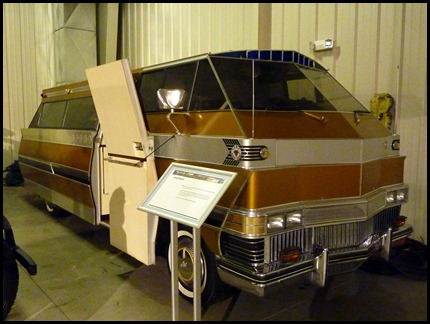 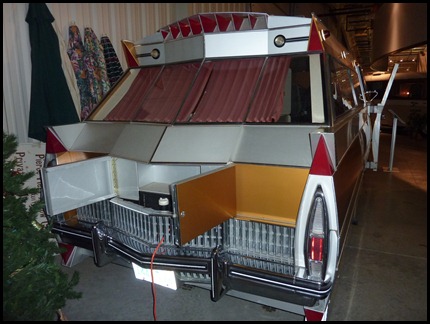 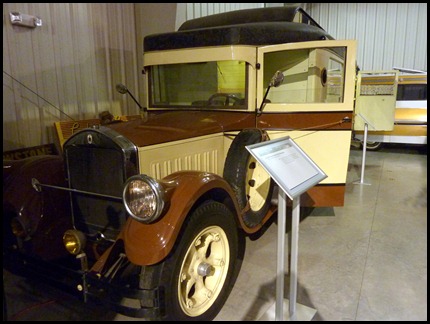 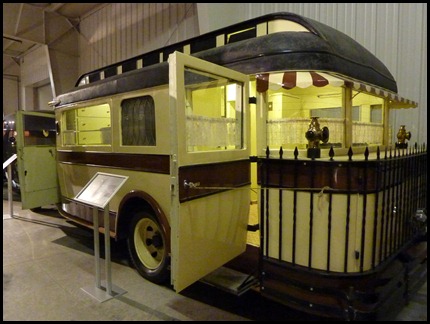 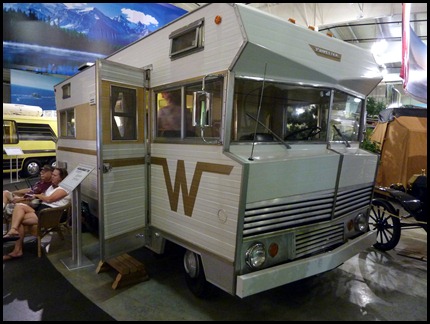 And finally a 1974 GMC Motor Home. These were built between 1973-1978, and we still see quite a few on the road. We love the look but were disappointed in the interior. 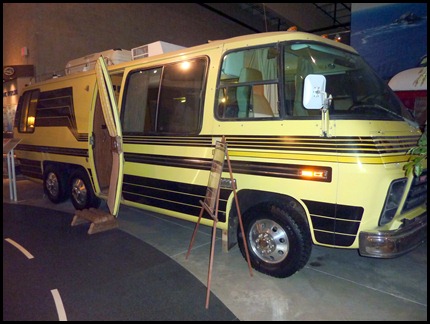 If you have any interest in RVs, this museum is a great place to spend some time. We’re glad we went.

Last evening we went for a bike ride around the beautiful Amish farms surrounding Shipshewana. A nice low traffic place to ride. but you have to look out for the horses and buggies (and poop). We really liked the area. Too bad there are only a few expensive RV parks to stay in or we would have spent more time.

And tonight we are on Grand Lake in St. Mary’s, Ohio. More about that later…