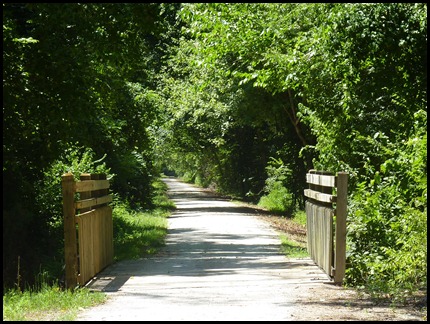 Yesterday we took our bikes across the Missouri River to Weldon Springs and the Katy Trail State Park, a 237 mile bike trail, the longest rails-to-trails path in the country. The trail is not paved, but the surface is very hard packed crushed limestone, and it was surprisingly easy to ride on. We had a nice 20 mile ride along the Missouri River, and didn’t realize until we stopped to eat lunch that we were on part of the Lewis and Clark National Historic Trail. In fact, they supposedly camped close to our lunch spot. 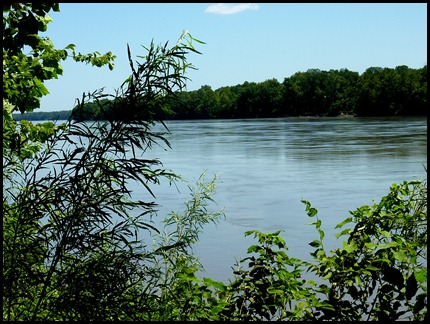 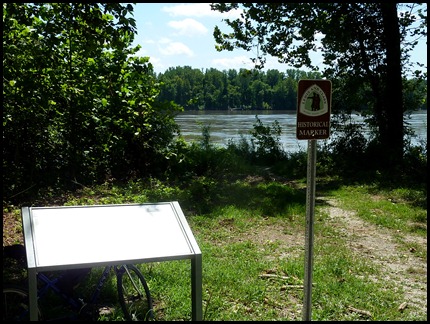 We met a couple on the trail from Colorado who had ridden their bikes from Denver, on their way to Virginia. He said they thought they were going to become permanent residents of Kansas, as long as it took to ride across the state in the sweltering heat. I think they picked the wrong summer for that trip.

Jim has an old friend and former coworker, Eric, from his Burlington Northern days, who lives in the St. Louis area. The last time we saw him and his wife Lela was probably 25 or more years ago, when we met up with them in Memphis after Jim was laid off from the railroad. They invited us to their house for dinner last night, and we had a very nice evening catching up after all these years. They have a  sweet 16 year old son with Down Syndrome who was more than happy to take our picture. 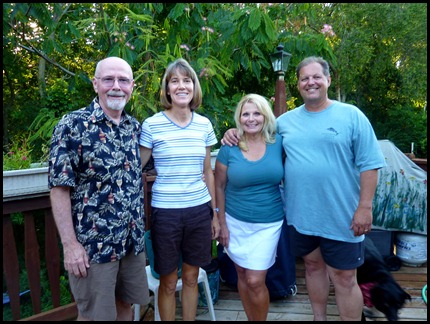 Now here we are in Memphis the last time we got together. Can these be the same people? 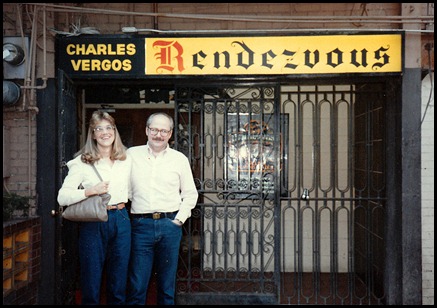 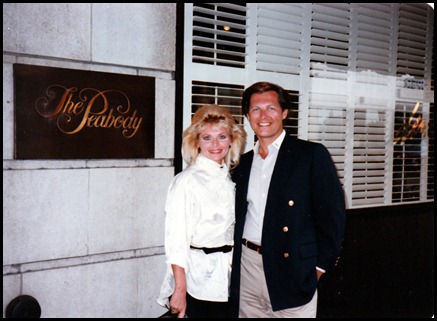 Today we left St. Louis and are spending the night at Red Hills State Park in Sumner, IL. Not a bad place, but the sites are really close, and we wouldn’t want to be here when it was crowded. Luckily there aren’t many people here at all. 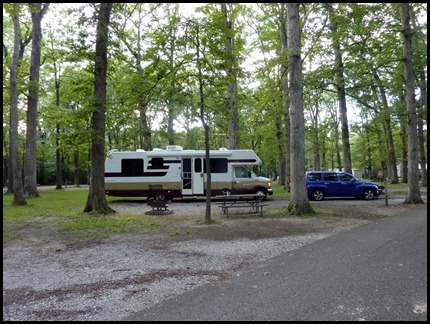 Tomorrow we are moving on to the Bloomington, IN area to visit another friend. And it has finally cooled off.